Remember, Microsoft launched an advertising campaign with the open satanist Abramovic on Good Friday, and Abramovic’s photographer was one of the women in Jeffrey Epstein’s inner circle that would stand outside junior high schools in New York and recruit girls into Epstein’s sex trafficking ring. Abramovic was also a darling of the Podesta brothers who were a driving force behind the “Catholic Spring” operation to totally overthrow the Catholic Church. Pope Benedict is unavailable for comment.

This video is produced and posted by the Italian newspaper “La Repubblica”, which we all know from its Communist Freemason publisher, Eugenio Scalfari, and his interviews with Antipope Bergoglio in which Bergoglio has, among other things, denied the divinity of Christ, denied the existence of Hell and professed the heresy of soul annihilation.

Abramovic speaks in English with subtitles in Italian, but you need to click through to YouTube and read the comments below. I have yet to find a positive comment. Every comment is calling Abramovic a witch, satanist, mason, cannibal, pedophile, and calling for her arrest.

Without saying too much, let me assure the readership that the patronage of loyal, intelligent people to small-to-medium businesses is very influential in these days. Real-time micro-policy is shaped and an end to the CoronaCold lie is hastened when good people speak up and refuse to bow. It is critical to visit and patronize small businesses in particular.

I have never in my life, not ONCE, worn a mask. I have been refused entry to ONE store, early, and only because a 70 year old Champagne Communist threw a fit. You should have seen the look on the shop girl’s face. The pleading, “Oh, we love you, but this Male Karen could shut us down…” Hey. It’s cool. I’m not putting on that satanic muzzle-veil of submission. But… 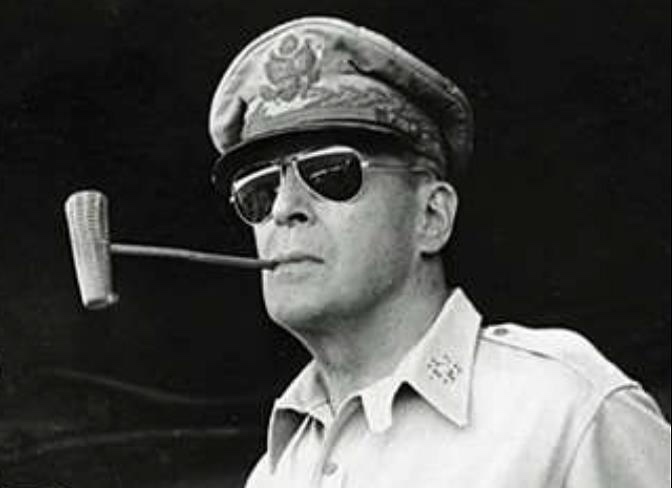 “The more the panic grows, the more uplifting the image of a man who refuses to bow to the terror. Often I have the impression that I am writing on paper that is already browning in the licks of the flames.” –Ernst Junger

And mad props for the correct spelling of “they’re”.

The modus operandi of the infiltrators for going on a century now has been to grant some “temporary” dispensation, which has then not only never been rescinded, but allowed to become the “new order”.

All. According. To. Plan.

Guess what every Swishop on the planet will be forever too terrified at best, or gleeful at worst, to never, ever rescind?

Yup. The Sunday and Holy Day Obligation dispensation. AKA: the Third Commandment.

Let us revisit Fr. Linus Clovis’ searing and consoling explanation of the situation:

The anti-Gospel of the anti-Church is, in many cases, indistinguishable from secular ideology, which has overturned both the natural law and the Ten Commandments, the sources that, from time immemorial, have informed and protected man’s moral, spiritual and physical well-being….

Thus, Modernism, remaining within the Catholic Church, has metastasised into the anti-Church.

It is self-evident that the Catholic Church and the anti-Church currently co-exist in the same sacramental, liturgical and juridical space. The latter, having grown stronger, is now attempting to pass itself off as the true Church, all the better to induct, or coerce, the faithful into becoming adherents, promoters and defenders of a secular ideology (44).  Should the anti-Church succeed in commandeering all the space of the true Church, the rights of man will supplant the rights of God through the desecration of the sacraments, the sacrilege of the sanctuary, and the abuse of apostolic power.

In this episode, Non-Veni-Mark (Docherty), sits in for SuperNerd as we discuss: Antipapacy 2020! Why is Jorge Bergoglio an antipope, what has happened lately to add to the mountain of evidence that he enjoys none of the supernatural negative protection of a true pope, and why is it that current corona events seem to be in convergence? Benedict’s actions AFTER the Declaratio, but BEFORE he departed: Retention of title, retention of habit, retention of residence, retention of ring. Events since 28 Feb 2013: “Always and Forever,” not revoked. Ganswein speech. Latest Seewald book. Benedict continues to impart Apostolic Blessing and signs letters and authors books in papal name. Bergoglio antics since Ann’s second video on the antipapacy (June 2019) Pachama and idol worship inside St. Peter’s, obviously no supernatural negative protection for this man.

Almighty God, the Sovereign of all things, you gave the keys of the Kingdom to Your servant Peter, and his validly elected successors, we ask that Your Church here on Earth be quickly cleansed of the Modernist Infiltration, all immoral clerics, and all other corruption; that the Antipope Jorge Mario Bergoglio’s invalid election be publicly recognized, and completely nullified, before the death of Your servant Pope Benedict XVI; that Bergoglio repent, return to the One Holy Catholic Faith, and that in the fullness of Your time die in a state of grace and achieve the beatific vision; [all this we ask] through Jesus Christ our Lord, who lives and reigns with You, and the Holy Ghost, one God, now and for ever. Amen.

SuperNerd Media produces the Barnhardt Podcast; if you would like to support the technical maintenance of the podcast and the hosting of Ann’s website you can send donations to “SuperNerd Media” to 10940 Parallel Pkwy #K303, Kansas City, KS, 66109. Alternatively, you could email an Amazon.com gift certificate to [email protected]

First, there is a massive and ever-growing catalog of old RADIO shows on YouTube. Dragnet. The Shadow. Philip Marlowe. Sam Spade. Burns and Allen. 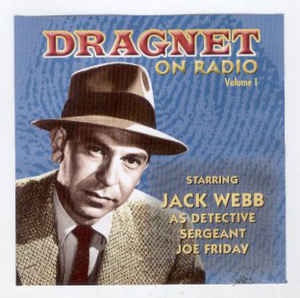 Get to know radio dramas and comedies. Perfect for dish washing time, ironing, or just sitting quietly in the evening, perhaps while doing a handcraft at the same time.

Also, by recommendation, “A Hidden Life”,

It was on this date in 1907 (20 May) that Franz Jägerstätter was born. He was an Austrian conscientious objector during World War II. He was a devout Catholic, a member of the Third Order of St. Francis, and was the only person in his village that voted against the Anschluss in the plebiscite of April 10. He was opposed to Nazism. On June 17, 1940, he was drafted and conscripted into the Wehrmacht in October. He was required to take the Hitler oath, but could return home in 1941 under an exemption as a farmer. He began to examine the morality of the war when faced with his experiences in military service, the suppression of the Church, as well as reports on the Nazi T4 “euthanasia” program. He approached the Bishop of Linz to discuss the situation, but was saddened that the episcopate seemed afraid to confront the issues. On February 23, 1943, he was called for active duty and on March 1 he maintained his position against fighting for Nazi Germany and upon entering into the Wehrmacht garrison in Enns and declared his conscientious objection. His offer to serve as a paramedic was ignored. He was arrested placed in custody in Linz prison. He was later to Berlin-Tegel on May 4. A priest from his village visited him in prison and tried to convince him to serve. Jägerstätter refused. When he heard that Father Franz Reinisch was executed for refusing to take the Hitler oath, he was determined to go the same way. On July 6, 1943, he was sentenced to death in a military trial and was executed by guillotine on August 9, 1943 at Brandenburg-Görden Prison. He was 36 years old. He was Beatified by the Catholic Church on October 26, 2007.

There is a new film (last year) called “A Hidden Life”, which should be worth a watch. 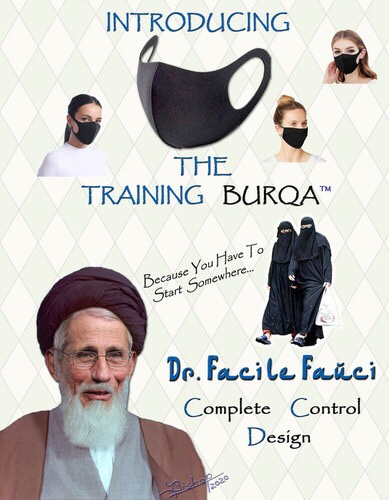 Do I think they would do it?

Yup. I think they would do it in a heartbeat. They are murderous psychopaths.

On June 22-23, 2001, the Center for Strategic and International Studies, the Johns Hopkins Center for Civilian Biodefense Studies, the ANSER Institute for Homeland Security, and the Oklahoma City National Memorial Institute for the Prevention Terrorism, hosted a senior-level war game examining the national security, intergovernmental, and information challenges of a biological attack on the American homeland. (See also: Dark Winter Script • Article: Shining Light on Dark Winter)

With tensions rising in the Taiwan Straits, and a major crisis developing in Southwest Asia, a smallpox outbreak was confirmed by the CDC in Oklahoma City….

This is the biggest Diabolical Narcissism cultivation operation ever conceived. Convince all children that other human beings are dangerous poison in se.

Remember, this is over a COLD. There is no pandemic. It’s incredibly important to keep reminding oneself and others of this. 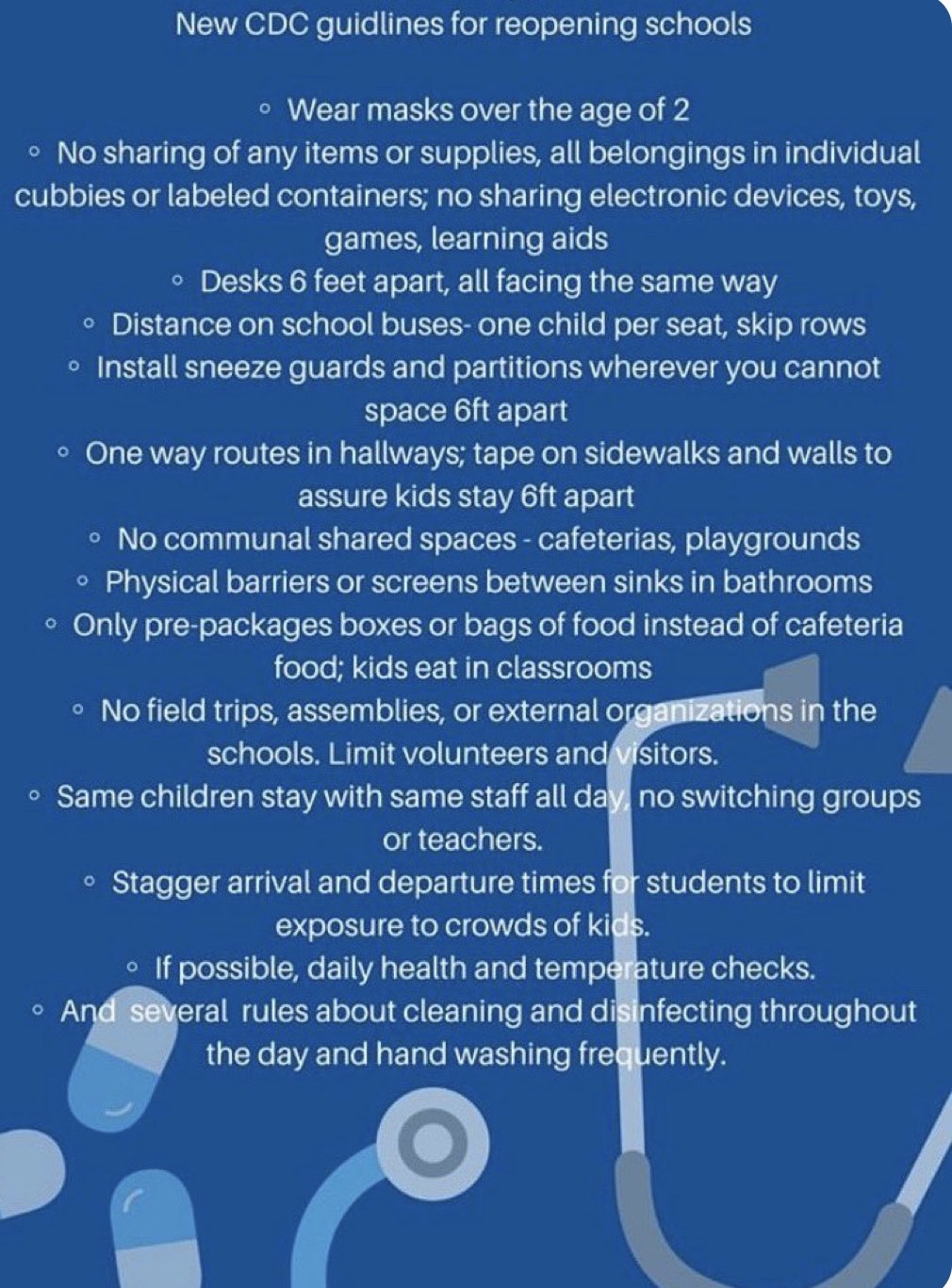 SuperNerd is processing.  Mark Docherty is the emm-cee as SuperNerd still has his audio hardware deployed to do livestream Masses.

There was table pounding and I analogized myself to the “YES! PREACH BROTHER!” guys that stand behind Louie “Calypso” Farrakhan.  Mark went off. I stood and witnessed. Umm-hmm.  (See pic below.)

Joe Rogan just sold his podcast for $100 million.  So, it will begin to be awful and converged…. immediately. Sad – Rogan was intellectual quality. Another one bites the dust…

The Barnhardt Podcast remains wholly independent.  Warts and all, and Barnhardt is still in “knickers and gin” as the English saying goes.  (Especially gin.  Peter in Florence London Dry, specifically. I haven’t worn hose in ??? years.  Ew.) 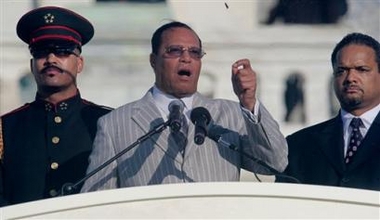 Tee hee. Mark center in the spiffy Argento pinstripes.  I’m on the left, with the Schwinn Handlebars and rocking the Nork chapeau.