First, just want to say how much I appreciate you and your voice of truth in the Church and world. You have done so much to open my eyes.

As a pediatric cardiologist, I can report we have seen a significant increase in myocarditis in teenagers after receiving the second dose of the deathjab. While they have all recovered, there is significant focal myocardial damage and I worry that in the future they will be at increased risk for lethal ventricular arrhytmias due to the scar that is left.

Unfortunately, we are supposed to pretend that this is better than a child getting the corona-cold. And now, we are being threatened with losing our medical licenses for talking about these side effects, which are labelled misinformation about the vaccine (see below an email from the American Boards of Pediatrics, Internal Medicine, and Family Medicine).

George Orwell could not have written this story better.

Oh, and thank you for the advice: 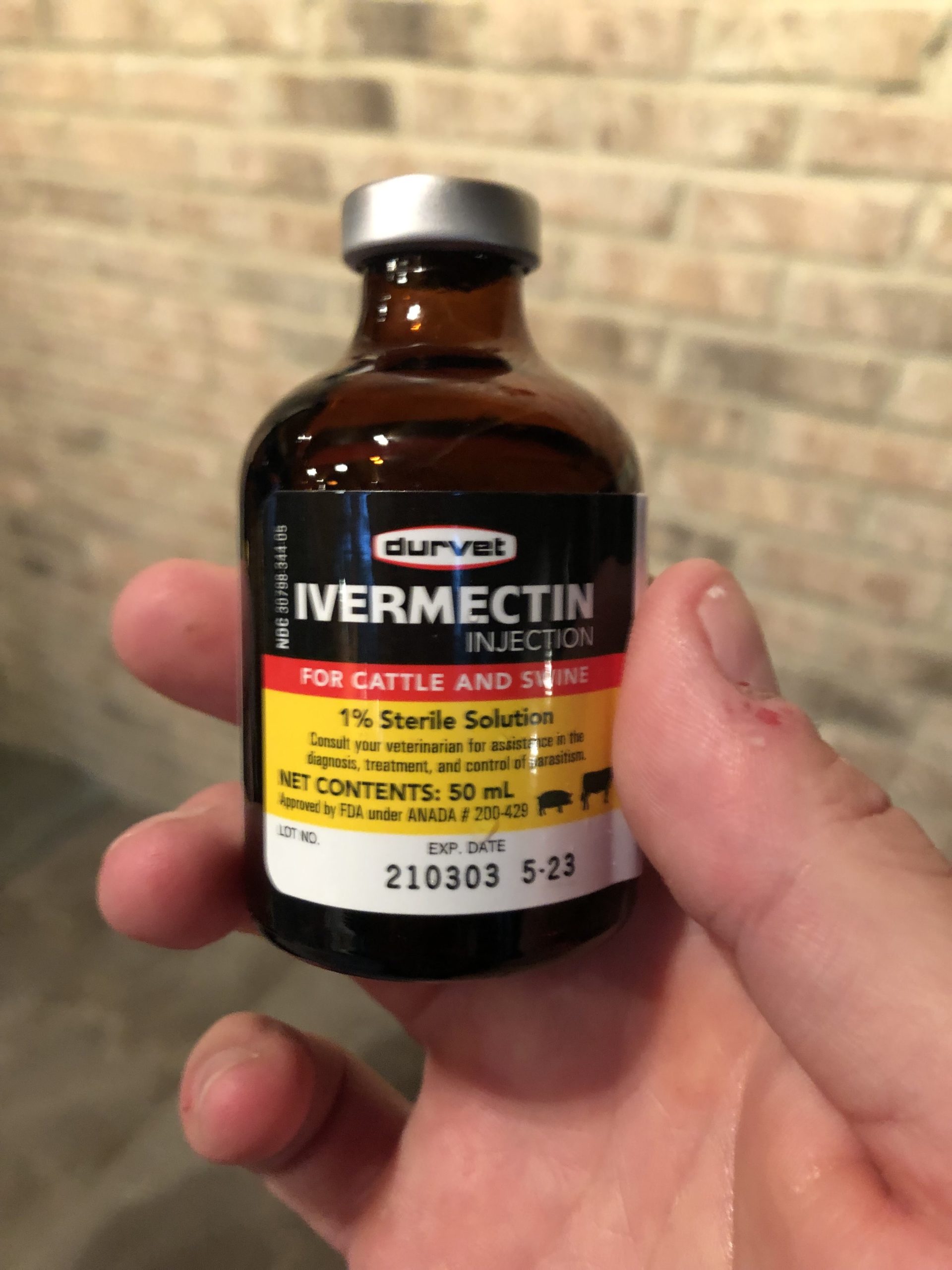 For any of your readers interested, available online at Tractor Supply.

From: The American Board of Pediatrics <[email protected]>

Joint Statement from the ABP, ABFM, and ABIM 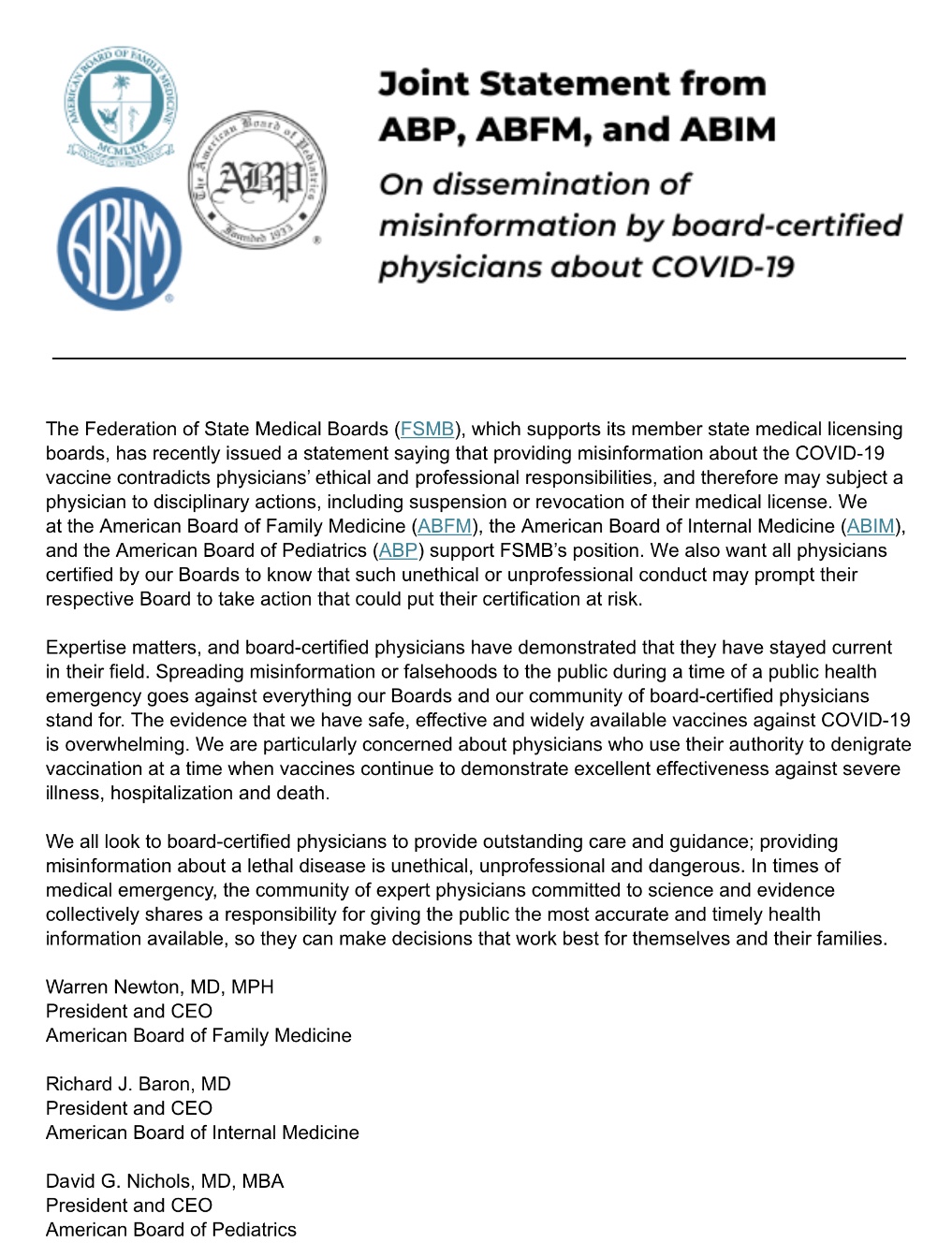 From “The Little Blue Bottle Files”…

And for the record, the restaurant is Venezuelan. An absolutely fantastic cuisine. If you’ve never had Venezuelan, try it if you get a chance. You will also be supporting actual refugees, by definition. 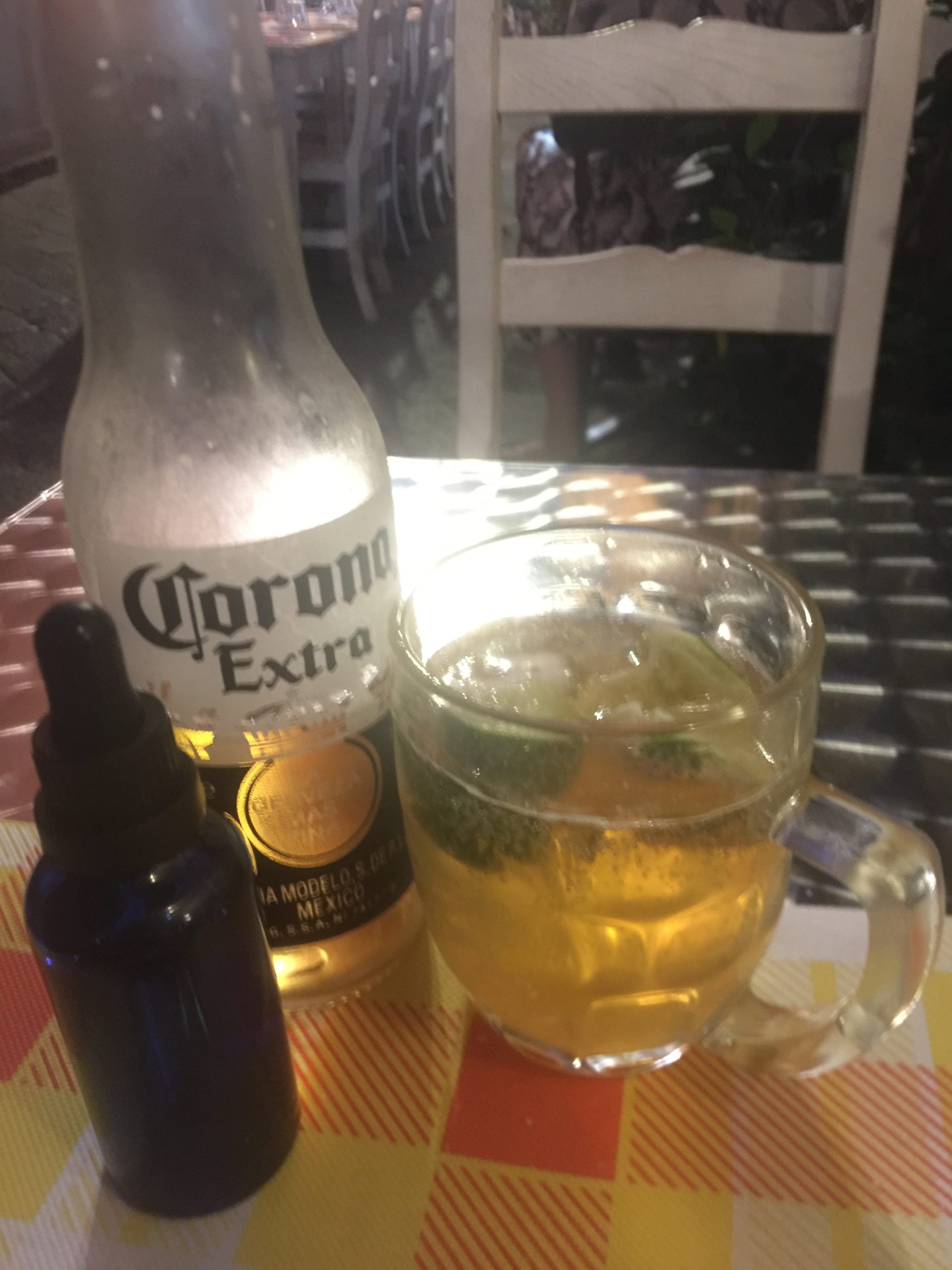 (REMINDER: There have been 4 billion human doses of Ivermectin dispensed mostly over-the-counter in Africa, Asia and South America since the late 1980s – literally the highest birthrate areas in the world. And the next propaganda push is that it causes male sterility.  We know what’s going on here, folks.  As I called it in the spring of ARSH 2020, the CoronaScam and DeathInjection is all about population reduction, through an ADE and probable graphene poisoning, AND because the Gates Foundation already has a well-established track record of using the lying guise of “vaccines” as a means to deliver sterilants. This is also why the whole “mandatory boosters every few months” plan is being rolled out.  Yes, it’s about shifting trillions of dollars to BigPharma and the government taking total control of the economy, BUT in order to sterilize a population, multiple doses must be given. Sterilization regimens take time and repetition. So they are absolutely doing this, and will try to pin the blame for the sterilization on anything and everything, from Ivermectin to “global warming”. Barring supernatural intervention, THE CORONA PUTSCH WILL NEVER END without hot war.-AB)

I wanted to let you know that I did catch my husband’s illness and began taking the Ivermectin horse paste right away. I felt lethargic, my entire body was aching from inflammation, and it felt like I had a severe sinus infection to top it all off. Forty-five minutes after swallowing a scoop of vanilla ice cream with a topping of miracle paste, ALL of my inflammation was gone and my energy had returned! Any headache I had vanished. My only lingering symptom was a slightly sore throat. I repeated this for a total of three doses each 48 hours apart and completely recovered in six days.

Also, my five month old breastfeeding baby was just as happy and healthy as ever. No adverse reactions at all for either of us.

I was telling people about it before my husband and I got sick, but having our own testimonies taking Ivermectin has made us even more aware of the scandal that’s being fledged. In fact, my grandfather, who is an emergency physician, heard our story through another family member, and has since been prescribing it!

One last thing I wanted to share with you is a link to an article alleging that Ivermectin causes sterilization in men. The propaganda is strong with this one: https://www.everythinglubbock.com/news/national/ivermectin-causes-sterilization-in-85-percent-of-men-study-finds/

Thanks for all you’ve done and continue to do! 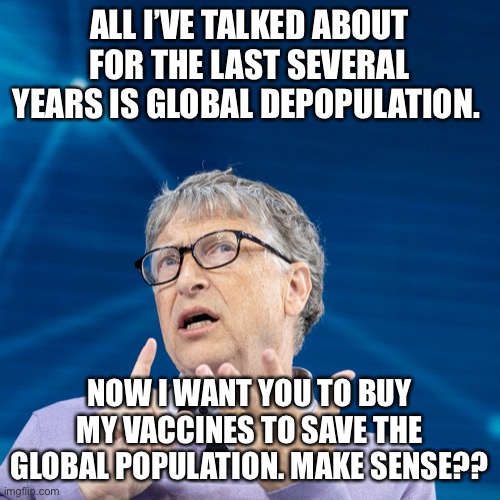 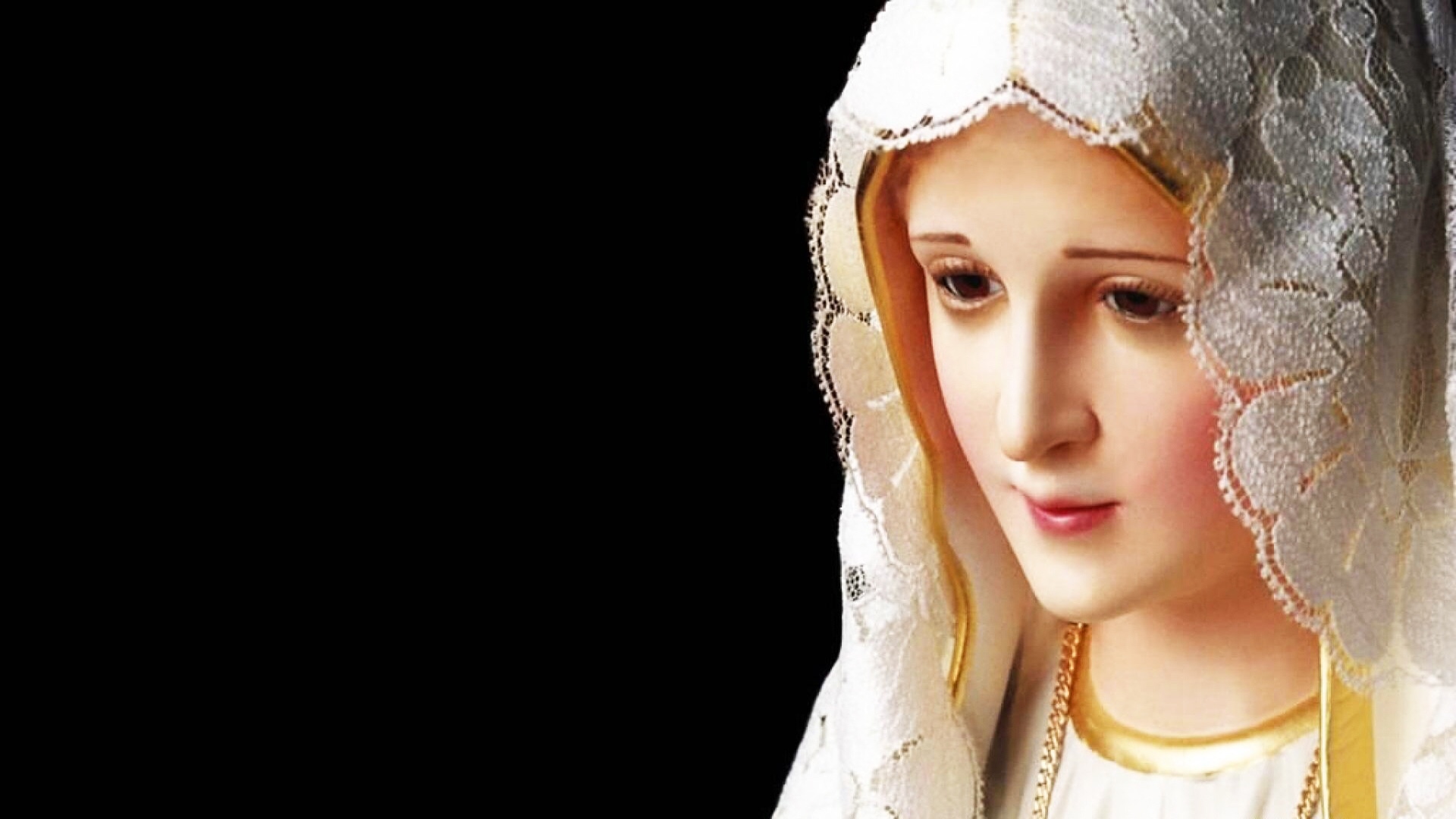 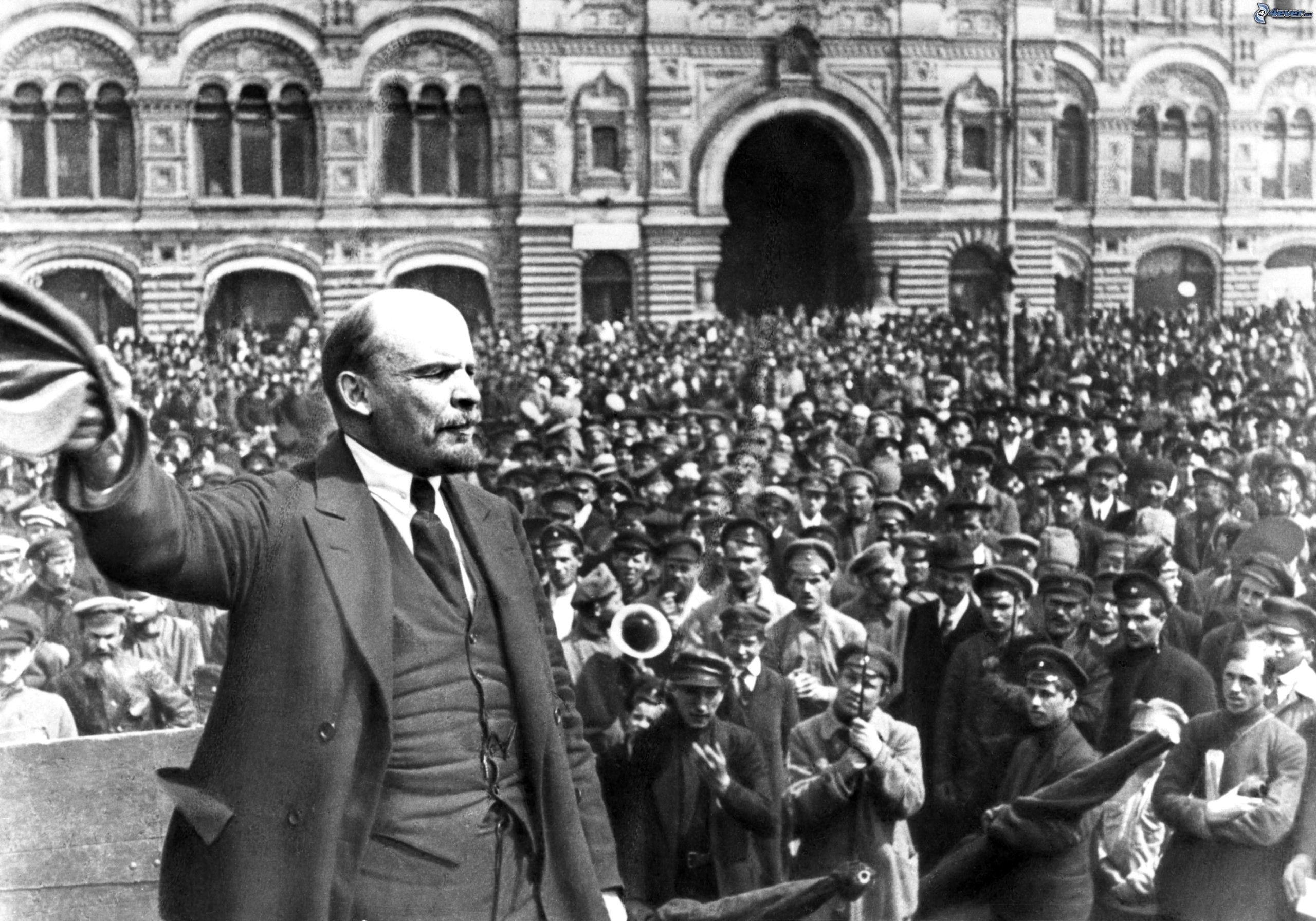 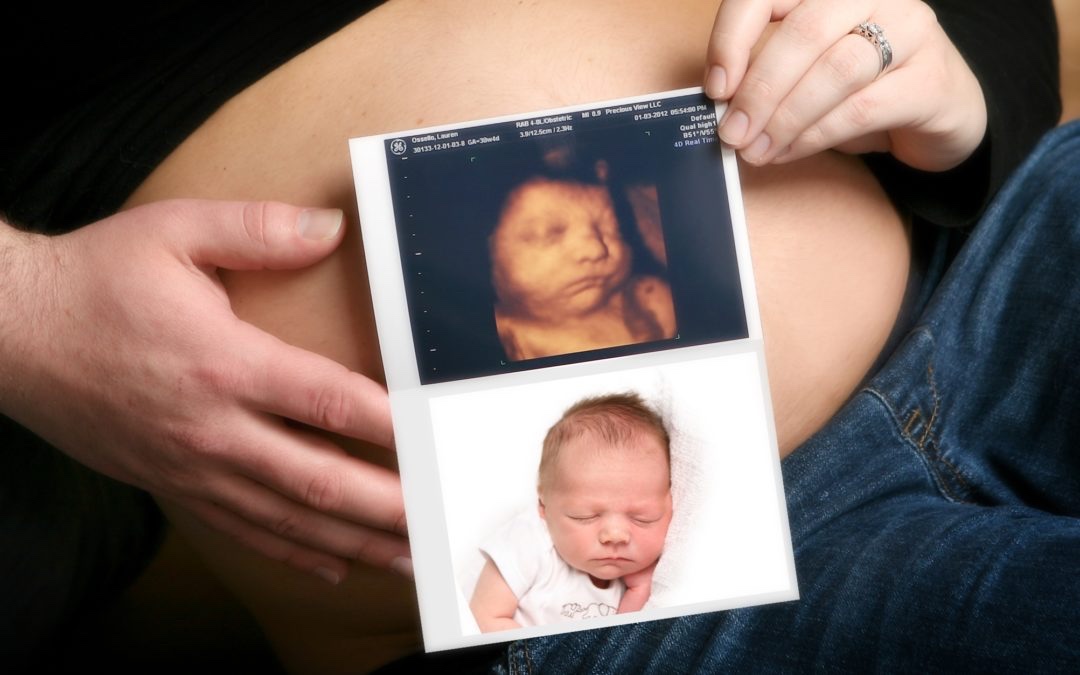 If all seventeen showed up, he is either a multi-billionaire, or one HELLUVA guy.

This is super-cute. Nonno and nipota cover duet of Dean Martin’s “That’s Amore”. On ukuleles, no less. 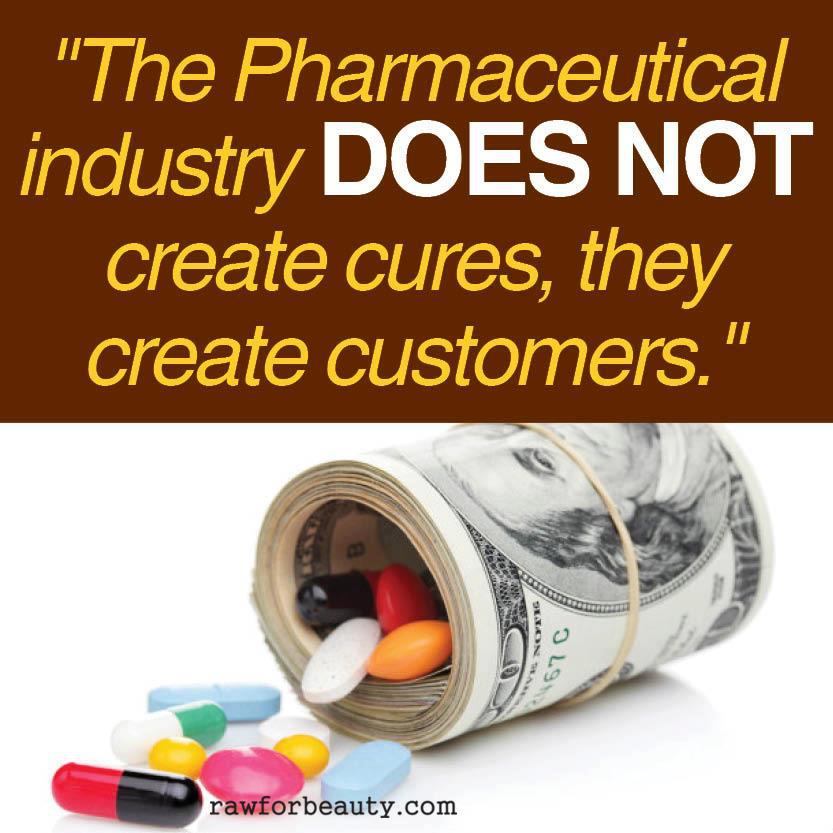 Remember, BigPharma wants and needs you sick, scared and dying. They have ZERO interest in CURING anything.  All they care about is SELLING DRUGS, and not just any drugs, but only the most expensive drugs possible.  For cancer, which is lethal and thus very scary and puts people into a mindset of desperation, they not only refuse to investigate a cheap drug like Ivermectin, they will go to literal WAR – folks read that again, BigPharma will plunge the world into LITERAL WAR – to prevent their hyper-expensive drug market from being threatened.

Given this paper, linked and excerpted below, it is OBVIOUS that Ivermectin has very, very significant broad-spectrum anti-cancer properties. Thus, it MUST be vilified and ridiculed as a “dangerous, highly toxic veterinarian de-wormer” because Ivermectin is an existential attack on not just the CoronaScam Mandatory DeathInjection Subscription business, but also on the massively lucrative ONCOLOGY pharmaceutical market.

These people are non-state, non-uniformed enemy belligerents, and they have declared WAR on the human race, and this CoronaScam totalitarian putsch will never, ever, ever end without full, hot war, barring only a full-on supernatural intervention.

And yes, after reading this paper, I would say that ANYONE with cancer should begin taking Ivermectin immediately. -AB

The recognition that drug repositioning is a clever opportunity to accelerate the development of cancer drugs is increasing. So far, at least 235 clinically-approved, non-cancer drugs have proven antitumor activity either in vitro, in vivo, or even clinically. Among these, ivermectin, an antiparasitic compound of wide use in veterinary and human medicine, is clearly a strong candidate for repositioning, based on the fact that i) it is very safe, causing almost no side-effects other than those caused by the immune and inflammatory responses against the parasite in infected patients, and ii) it has proven antitumor activity in preclinical studies. On the other hand, it is now evident that the use of very selective “unitargeted” drugs is commonly associated to early development of resistance by cancer cells, hence the use of “dirty” or “multitargeted” drugs is important to explore. In this sense, ivermectin has this potential as it modulates several targets such as the multidrug resistance protein (MDR), the Akt/mTOR and WNT-TCF pathways, the purinergic receptors, the PAK-1 protein, certain cancer-related epigenetic deregulators such as SIN3A and SIN3B, RNA helicase activity, while stimulates chloride channel receptors leading to cell hyperpolarization, and down-regulates stemness genes to preferentially target cancer stem-cell like population, at least in breast cancer. Importantly, the in vitro and in vivo antitumor activities of ivermectin are achieved at concentrations that can be clinically reachable based on the human pharmacokinetic studies done in healthy and parasited patients. Thus, existing information on ivermectin could allow its rapid move into clinical trials for cancer patients.

Antitumor effects of ivermectin in vitro

Antitumor effects of ivermectin in vivo 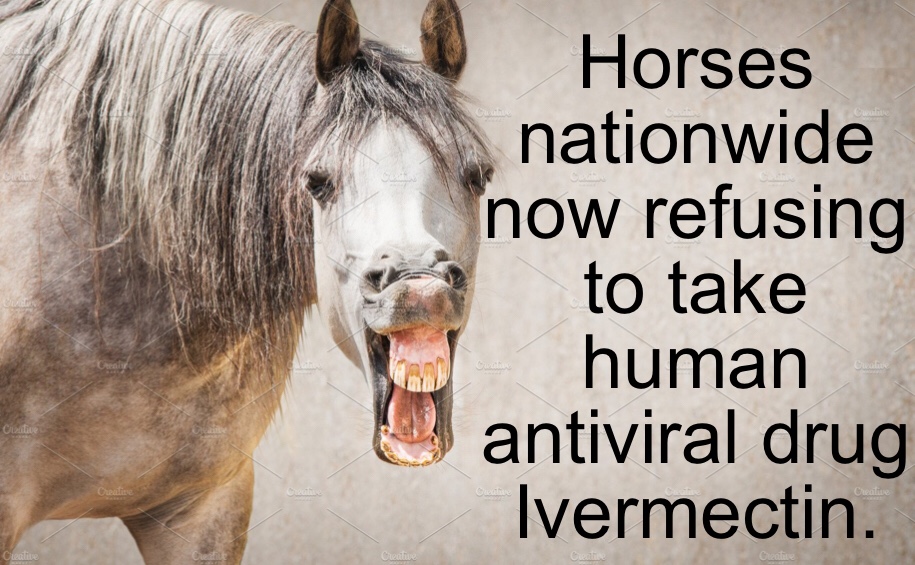 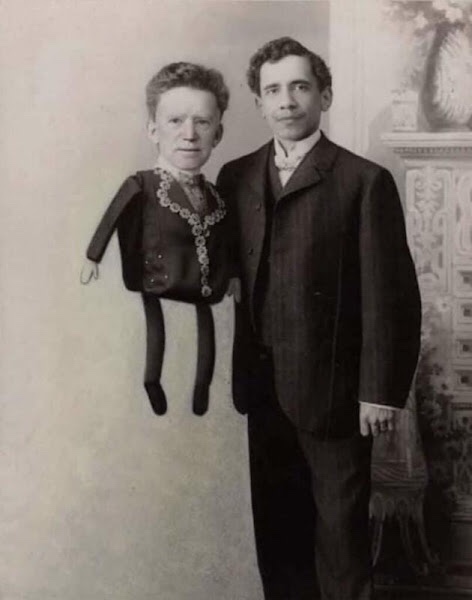 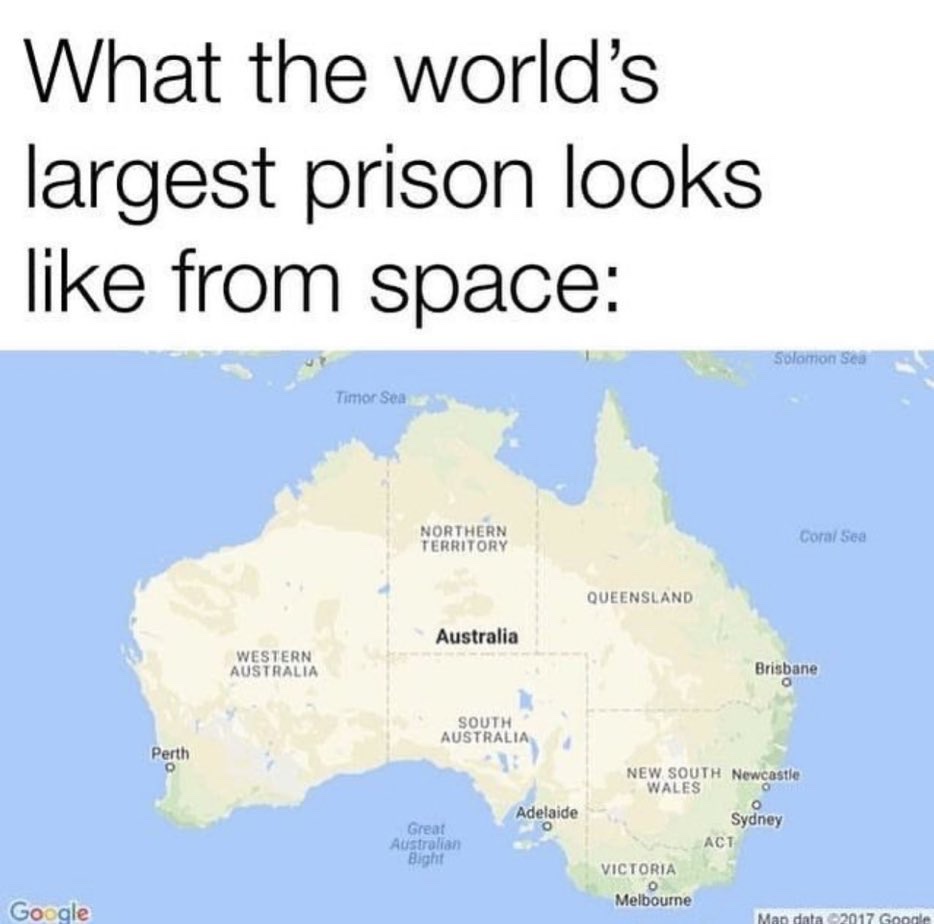 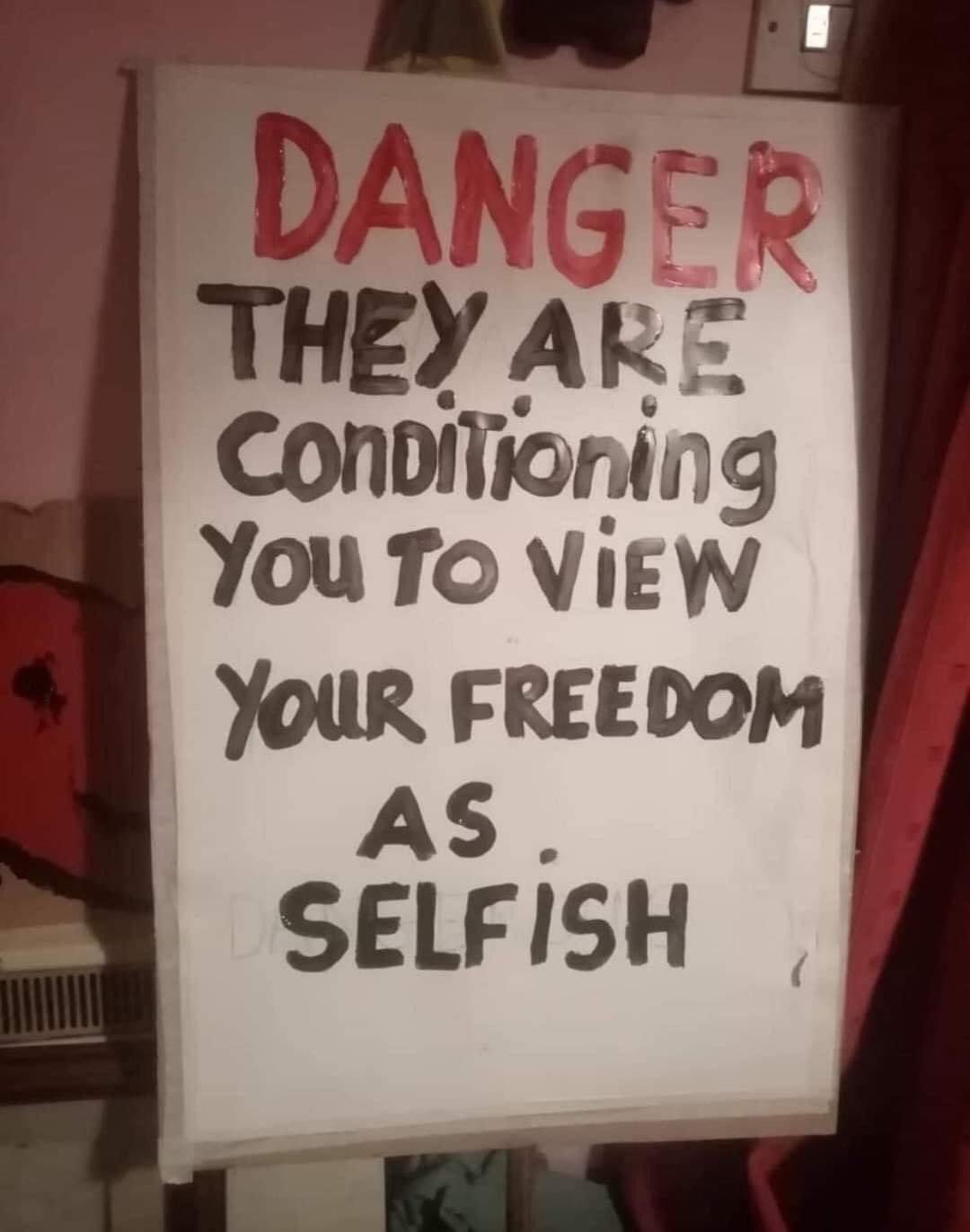 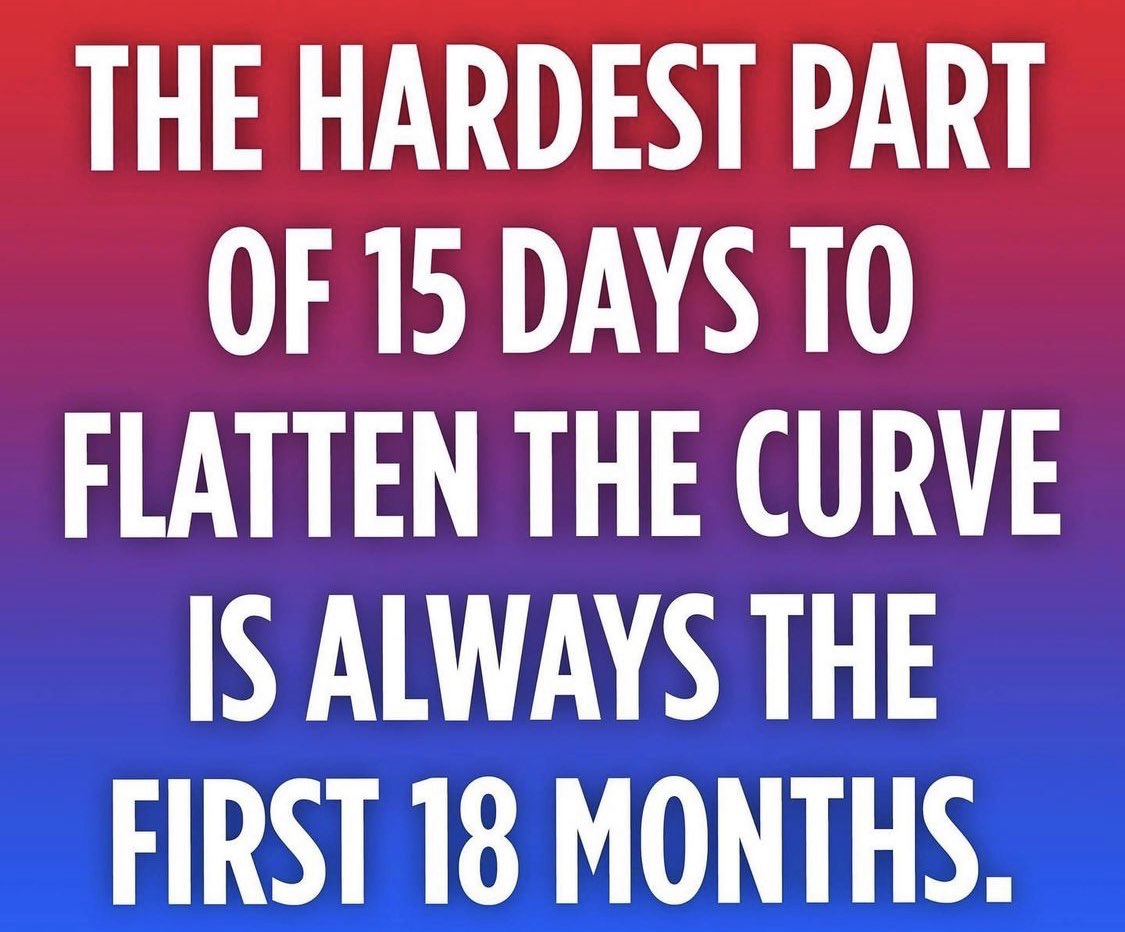 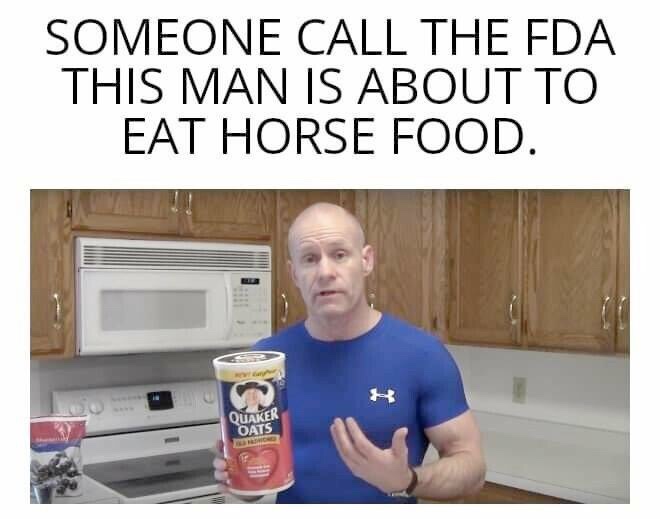 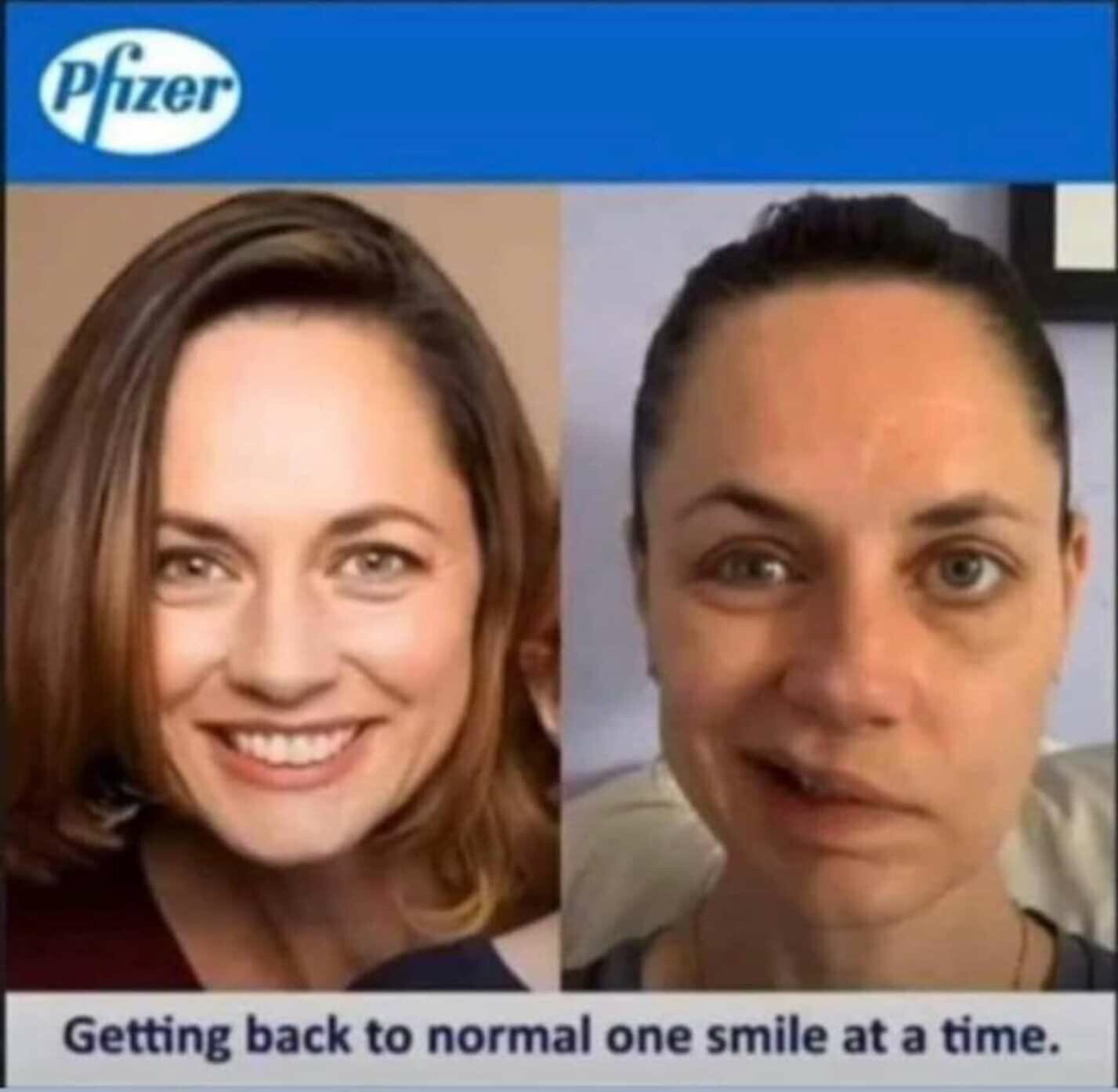 If God Almighty were to grant me the grace of choosing HOW I were to die, it would be exactly like this. And I’m not engaging in hyperbole here:

These are the “White Russians” – the Christian, monarchist Russians, fighting the Communists.

And folks, STAY WITH IT.  No matter how much your “neighbor chopping onions” gets to you, stay with it. Believe me.

My God, My God, WHERE ARE THE MEN? Please, God, awaken the men. Raise up Your men.

Paris police beat woman who tried to go shopping at the mall without a vaccine passport.pic.twitter.com/twZiKIpX2P

And how we burned in the camps later, thinking: What would things have been like if every Security operative, when he went out at night to make an arrest, had been uncertain whether he would return alive and had to say good-bye to his family? Or if, during periods of mass arrests, as for example in Leningrad, when they arrested a quarter of the entire city, people had not simply sat there in their lairs, paling with terror at every bang of the downstairs door and at every step on the staircase, but had understood they had nothing left to lose and had boldly set up in the downstairs hall an ambush of half a dozen people with axes, hammers, pokers, or whatever else was at hand?… The Organs would very quickly have suffered a shortage of officers and transport and, notwithstanding all of Stalin’s thirst, the cursed machine would have ground to a halt! If…if…We didn’t love freedom enough. And even more – we had no awareness of the real situation…. We purely and simply deserved everything that happened afterward. 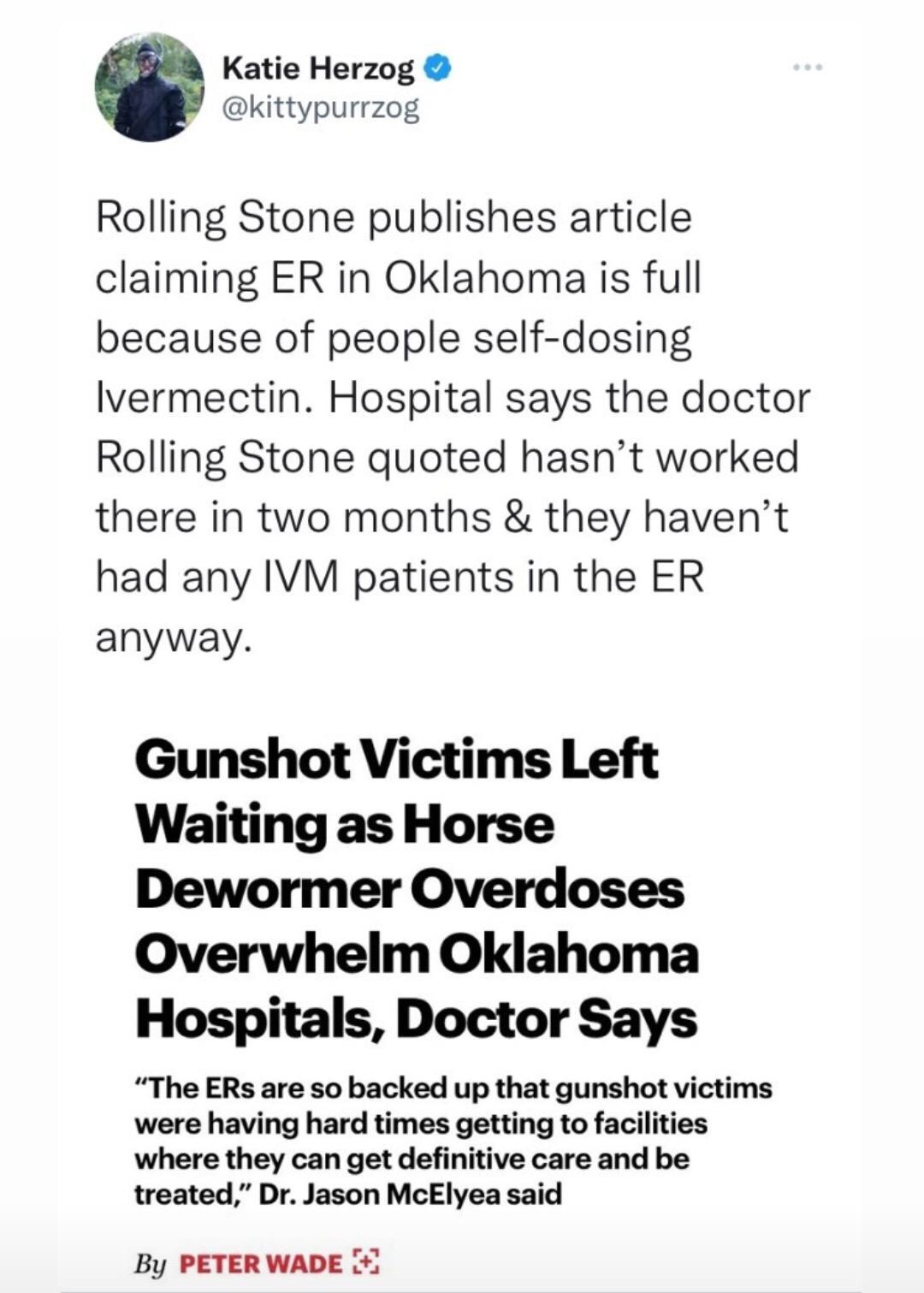