Emperor Karl would not abdicate, because he had received his crown from God, through the representative of the church, and he had sworn a solemn oath to lead and protect the people God had entrusted to him. He would not renounce that oath. He only agreed to withdraw from the exercise of power—temporarily, he hoped—to spare his poor, hungry, suffering people the further bloodshed of a civil war. When he was forced from power, he signed a carefully worded statement that he would allow the people of Austria to choose how they wished to be governed. This plebiscite was never held. On the day of his death, Emperor Karl made a formal statement that this document, “the November manifest,” was “null and void, because it was forced on me.” So he even considered his temporary withdrawal as null and void.

During Emperor Karl’s exile in Switzerland, the Masons visited him three times, offering to restore him to power, and even to increase his empire if he so desired, if he would just give them power over two areas of legislation: marriage, and the education of children. He refused, telling his wife Zita that he did not underestimate their power, and that “things will go very badly for us from now on,” but “I could not accept from the devil what I had received from God.”

Emperor Karl was “dethroned” by the Hungarian parliament and sent as a prisoner to the island of Madeira. The Masons came to Madeira, twice, first offering enticements, then threatening dire punishments, unless he abdicated. Despite their bribes and threats he refused every time.

—from speaker Suzanne Pearson, based on documents from cause of Beatification for Blessed Karl

The Hungarian coronation oath, on most occasions, followed the Roman ritual for the coronation of kings, ‘De benedictione et Coronatione Regis’.

Importantly, the coronation as king of Hungary was seen as a type of wedding: the word for ‘oath’ (which is what the king’s words to the people of Hungary is called, in Hungarian, ‘eskü’, and the word for wedding (‘esküvő’) are related. So the king ‘married’ Hungary, and this was indissoluble. This oath is known from the 13th century and the ‘more ungarico’ was regularly referenced by the papal representatives at the ceremonies.

In this context, it is important to understand the importance of the Holy Crown of St Stephen. The ‘holy crown’ was a gift from the Virgin Mary to St Stephen, the first king of Hungary, and it is more than just a symbol of Hungary; in rituals it is physically considered to be Hungary. According to legend, on his deathbed in 1037, after summoning the nobility and priests, Stephen “called upon his subjects to remain true to the faith, and then, looking up, he raised his arms to the skies and offered his country and soul to the protection of the Virgin Mary.” The kingship of Hungary, the crown and the connection with the Virgin Mary, who was declared Queen and patroness of Hungary by Stephen in 1038, remained to the fore in royal ritual thereafter. At coronation ceremonies, the crown must be raised by the Archbishop of Esztergom (Gran, in German) aloft, before the people, before being passed to the nádor (the count palatine), who again raised it before the representatives of all the tribes and parts of Hungary, who were asked if they accepted the nominee as king.

They assembled representatives of the people needed to raise a cry of ‘Agreed’ and only then could the ceremony continue. The coronation, in this way, echoed pre-Christian Magyar practices of marrying the king to the people and to the land: all coronation mounts, on which the newly-crowned king would swear an oath to the four cardinal points to protect the kingdom and the people with his life and blood, for his life, were made of soil from every district of the kingdom – this tradition continued right down to the last coronation in 1916 (coronations took place in Székesfehérvár, St Martin’s cathedral in Pozsony/Bratislava, and the coronation of the last two kings of Hungary took place in St Matthias’s church in Buda).

The oath as king of Hungary was for life and indissoluble; a king could not divorce his crown, his land, his people. No Hungarian king has abdicated; some have died on the battlefield (Louis II at Mohács), others have had regents; women have been kings: Maria Theresia was in 1741 crowned ‘rex Hungarica, et regina noster’.

Blessed Karl and Servant of God Zita, pray for us! 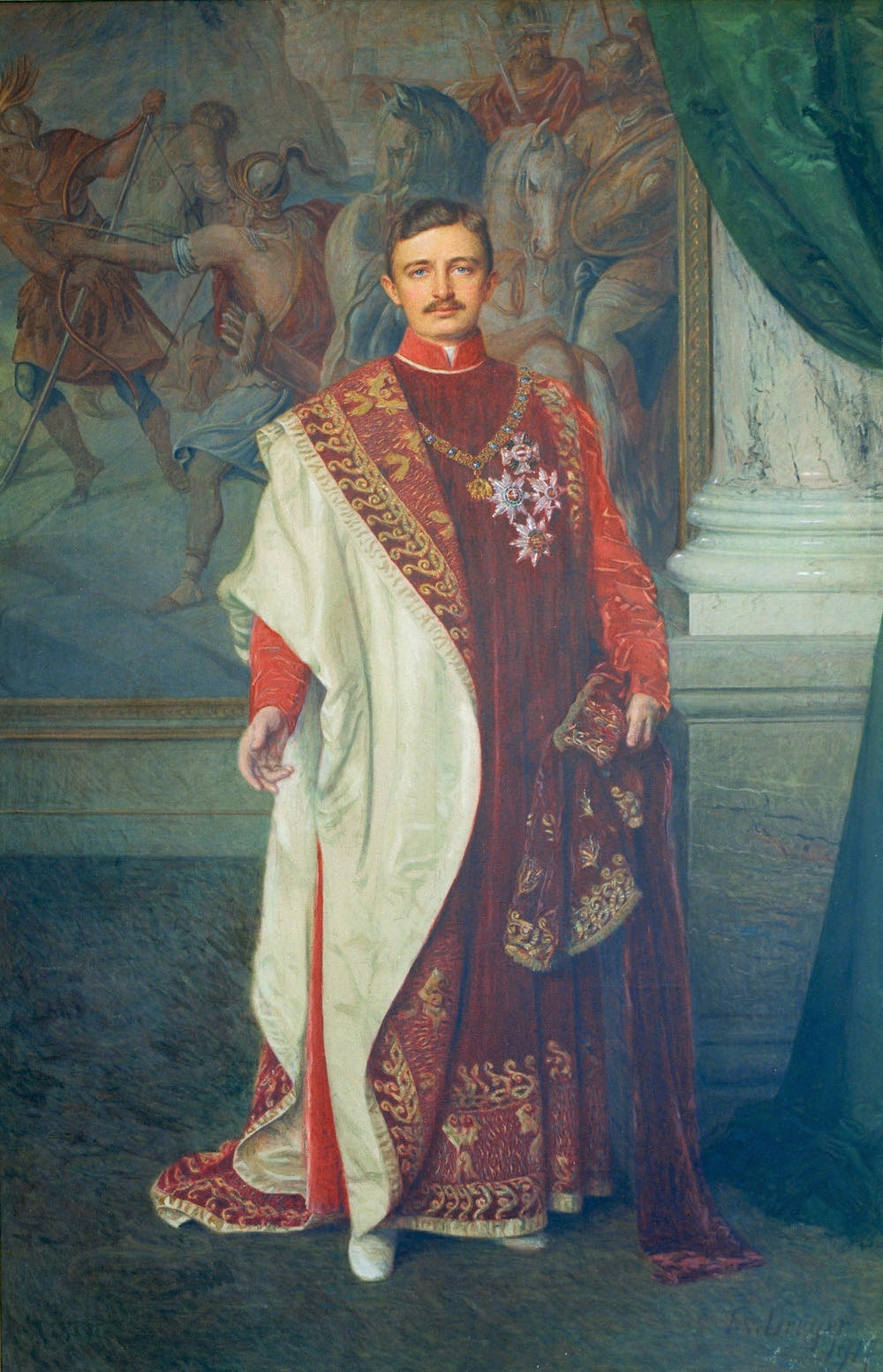