NonVeni Mark hit one out of the park answering common questions about Pope Benedict’s substantial error. It’s so good I’m cross-posting it in full.

I’m reminded after reading this of the so-called “Siri Thesis”, in which some sedevacantists today hold that Cardinal Giuseppe Siri was elected and became Pope in ARSH 1958 at the conclave following the death of Pope Pius XII, but was forced out by Freemasons, and thus ++Siri was the “hidden Pope” until his death in ARSH 1989.  The problem with this is obvious: If ++Siri were the Pope “in pectore” and he never said one word to anyone, including before or immediately after his death through a last testament, that would make ++Siri a moral monster, subjecting the Church to FOUR Antipopes (John XXIII, Paul VI, JPI, JPII). This is madness, and the smearing of the character of a very holy man. Just think how selfish, cowardly and effeminate ++Siri would have had to have been to commit such an act of violence against Holy Mother Church and the Papacy.

In the same vein, trying to delude oneself into thinking that Pope Benedict is playing some monstrous game of 15-D underwater chess crossed with Pink Slip Chicken at the proverbial quarry, is not only wrong, but assumes a moral monstrosity on the part of Pope Benedict that would be right up there with Judas Iscariot.

Here is Mark’s piece, in full. Pay special attention to the point about the heresy of GNOSTICISM, that is, the notion that salvation requires some sort of secret knowledge or code which only a self-proclaimed “elite” have access to.  No. Our Lord doesn’t play those sorts of morally revolting games. Put another way, Jesus Christ isn’t a jerk. EVERY PERSON is loved by Him infinitely, and He wills the salvation of EVERY human being. “Secret Codes” with regards to His One Holy Catholic and Apostolic Church, outside of which THERE IS NO SALVATION, is internally contradictory. The Church cannot be both VISIBLE as the synthesis of her four marks (One, Holy Catholic and Apostolic), and simultaneously INVISIBLE, requiring a secret code, held by an imagined “elite” to see. The Church is always HIGHLY VISIBLE, including at her earthly head, perhaps even most especially when she is in ECLIPSE. Eclipses are terrifyingly visible.

I’ll conclude with a comment left by longtime reader and fellow devotee to Our Lady under her title of “Virgin of Revelation“, Debbie:

Thank you Mark. This makes much more sense to me, as I too wanted Pope Benedict to be playing “15 dimensional chess”. It seemed to me to be the kinder and more charitable position. But in reality it is not….it’s deceptive as you point out. It is GOD who will use BXVI’s substantial error to play 15 dimensional chess. 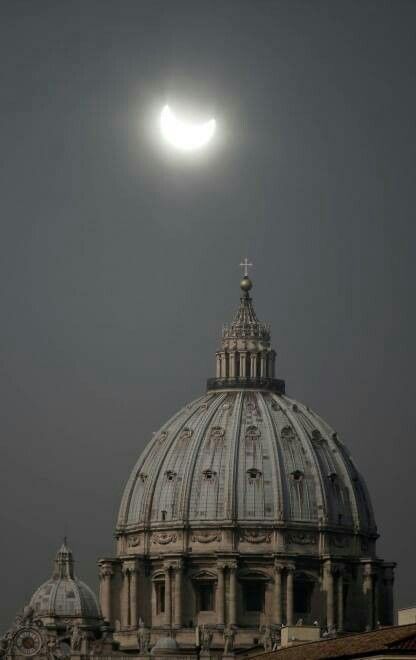 Four Questions for the BiP crowd who maintain Benedict knew what he was doing, did it on purpose, and remains the only true pope with his own full knowledge and consent

The “full knowledge and consent” part will become important, gravely important, in a moment. First, a few words of introduction.

In this post, we address those commentators who believe with moral certitude that Benedict is still the one true pope, but profess against the Substantial Error theory of Benedict’s invalid resignation. These include Estefania Acosta, Patrick Coffin, and Andrea Cionci. While they all 100% see Benedict’s resignation as invalid, or they might say not even attempted, and hence, Bergoglio was never pope, their theory is that the invalidating act was executed by Pope Benedict on purpose, in order to protect the Church and the papacy from the ascendant anti-church. With forces rapidly closing in, Benedict, in a masterstroke of Teutonic brilliance, pulled off the switcheroo right under everyone’s noses, using code words, subtle phrasing, and delaying its effect for 17 days but then letting that 17th day pass without ever signing anything. He modeled all this on a strategy built centuries ago by European monarchs to protect their thrones via feigned regency. Benedict knew what he was doing, it has nothing to do with an imagined Expanded Petrine Ministry. He intended to retain the full papacy, to declare the Seat “impeded,” and this is in fact (and in law) what he did. If my summary of their position is inadequate, I am open to correction.

I have attempted private communications on this and have found the responses lacking. There have since been several essays made public, so I’m not breaching any confidences. Most recently, Coffin published the English translation of Cionci’s open letter to Ann Barnhardt and Dr. Mazza. I greatly respect everyone in this fight who come to it with integrity. I will fully admit to being wrong if my questions can be answered in an orthodox way, but also in a way that fits with the evidence at hand. What we cannot accept is circular reasoning or “begging the question…” We cannot allow answers like “your assertion is obviously incorrect because my base premise is the true one.” I am not here to attack anyone, I am here to attack arguments. Actually, I’m not really even offering counter-arguments, because we are in mutual agreement on so much of the evidence at hand. I’m simply pointing out the logical consequences, if their arguments and conclusions are correct. So let us begin.

Question One: If Pope Benedict executed his non-resignation (grave matter) with full knowledge and full intent, how is it that he is not in a state of mortal sin for doing so? The three conditions have been met (grave matter, full knowledge, full assent of the will). A valid pontiff, crowned by Christ himself, executes one of the greatest deceptions in the history of the Church, and he is a brilliant strategist for doing so? How can that be? While God can and does allow good to come out of evil, God never condones the doing of evil in the hope of a good outcome. God doesn’t do “the ends justify the means,” ever. And while Pope Benedict could have theoretically gone to Confession the evening of 28 Feb 2013, he could not have received valid absolution, because valid absolution requires a firm purpose of amendment, and in cases where the effect of certain sins can be rectified, then rectification is a necessary component of the penance. In which case he persists in mortal sin, NINE YEARS later. Which brings us to…

Question Two: If Pope Benedict executed his intentional grave deception in order to save the Church from the wolves, what then of the Faithful? Not a word from Benedict about the apostasy of his “successor” who all the world thinks is pope? This is the most grave mortal sin of SCANDAL. Benedict has willfully (according to their theory) lead a billion souls to believe a heretical, blaspheming, demon-worshiping apostate is the true pope of the One True Church. How many people have been led astray, accepted heresy and easy sin, and gone to their eternal reward in such condition? I will tell you how many: 70 MILLION. That’s how many Catholics have died in the last nine years, two months. Pope Benedict is (according to their theory) intentionally sitting by, petting his cat, knowing he is still the only true pope, knowing that Bergoglio is an antipope, perfectly happy to have 70 million souls going to their Particular Judgment thinking Bergoglio was pope and his magisterium authentic. If so, this is an awful test of God’s bounteous mercy, and it makes Benedict a monster.

Aside: I will admit, and this is damning with faint praise, but we do know Benedict Ratzinger is capable of deception. Why? Because it was Cardinal Ratzinger as head of the CDF who authorized the fake news text of the 13 May 2000 announcement by Cardinal Sodano of the true Third Secret of Fatima. A total deception, and one that curiously has direct implications into what we are discussing here. Funny that. There was also that time he claimed he was forced to continue wearing papal white because no other colors were available.

Question Three: What was it, exactly, that Benedict did actually resign (or intend to resign) when he read out the Declaratio? It is clear from the text that he intended to resign something, leaving aside the question of whether or not it was effective. In the key phrase of the document, he is clearly resigning, or intending to resign SOMETHING. Look at the English, look at the original Latin, or watch the video. “I renounce the ministry” … while we can argue whether or not the words took effect, we cannot claim he did not say those words. Canon Law demands that we respect the meaning of words, the context, and the mind of the legislator:

Can. 17. Ecclesiastical laws must be understood in accord with the proper meaning of the words considered in their text and context. If the meaning remains doubtful and obscure, recourse must be made to parallel places, if there are such, to the purpose and circumstances of the law, and to the mind of the legislator.

Question Four: Since Gnosticism is heresy, how are the faithful to approach the “Ratzinger Code” in an orthodox manner? The evidence for the Substantial Error theory is all out in full view for anyone to see, not just for those with eyes to see, if you know what I mean. We all agree on the visual evidence; a five year old could see it. We all know how Benedict’s further writings, and his words in the Seewald interviews, point to something other than what is commonly accepted, but that much is evident from the actual meaning of his words, not code words. Saying that the common lay faithful need access to a secret code to discern who is true pope seems… rather problematic. Implying that knowledge of this secret code is necessary to find and follow the true Church and achieve one’s salvation is… you see what I mean. So how to approach this in an orthodox manner?

I confess, I wanted this idea of intentional obfuscation to be true for quite some time, before the Code Theory even existed. I wanted Benedict to be the 15 dimensional chess player, the brilliant Bavarian who outsmarted all the traitors. But the practical consequences on the ground these nine years later are too much to bear. I will also admit, it is highly irregular and it does hold water that the day of 28 Feb 2013 came and went without Ratzinger actually signing anything before or after he got on the helicopter. Italian canonists were calling it out in real time. I see this as a third way he may have retained the papacy whole and entire.