I have received a surge of emails recently from people asking for prayers for the conversion or reversion of family members or friends.  So, thanks to reader D who reminded me of this Apparition, I am beginning a Novena today to the Virgin of Revelation, an apparition of the Blessed Mother that happened in Rome in ARSH 1947.  While many healings have been attributed to the Virgin of Revelation, what she is known for in particular under this title is CONVERSIONS and REVERSIONS.  This novena will conclude on August 5, the Feast of the Our Lady of the Snows – the miraculous snowfall in Rome that Pope Liberius (ARSH 352-366) then traced out the perimeter of the Basilica of Mary Major – perhaps the most famous Basilica in Rome after St. Peter’s.

When you read the very brief backgrounder below, you will also see how this Apparition of Our Lady ties directly to current events: German heretics, Communism, murderous hatred of the Papacy, the priesthood, and Holy Mother Church – it’s basically lunch in the Casa Santa Marta dining room. 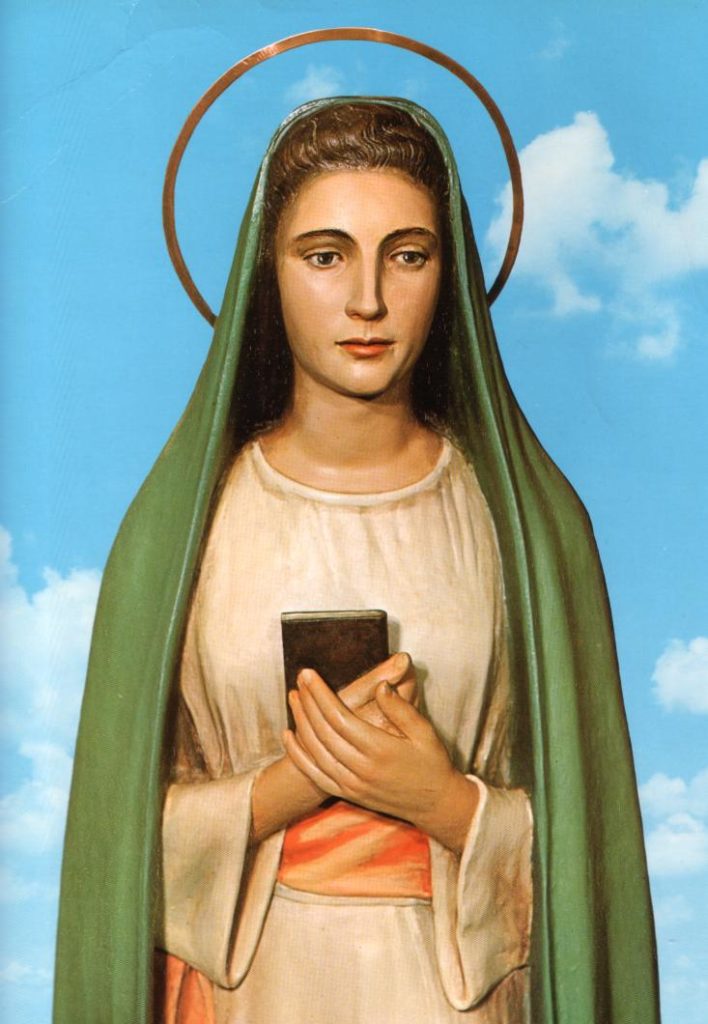 Here on the outskirts of Rome is one of the 20th Century’s more interesting apparitions of the Blessed Virgin Mary. The apparitions concerned A man named Bruno Cornacchiola, who planned to change history by killing the Pope. He was not a pleasant man to live with–he physically abused his wife and had a deep hatred for the Catholic Church.

His hostility to the Church was further inflamed as he came under the influence of a protestant German pastor who held the belief that the Catholic Church was responsible for most of the evils in the world. Bruno volunteered to fight in the Spanish civil war and while in Spain he went so far as to buy a dagger that he planned to use to kill the Pope and carved the words “death to the Pope” on the handle.

“To save humanity I will have to kill priests everywhere, I will try in every way to destroy the Catholic Church and it will be my duty to stab the Pope”. He joined the Seventh Day Adventists and plotted to kill the Pope on the Feast of the Nativity of the Blessed Virgin Mary, September 8, 1947.

He insisted that his wife leave the Catholic Church and join his protestant church. She gave in to this demand, only on the condition that he go to confession and do a nine-day First Friday Novena. It should be noted that his wife had a great devotion to the Sacred Heart. Bruno did the Novena but it had no immediate effect. His drunkenness and abuse continued and his hatred of the Catholic Church grew even greater. He joined the Communist party and began to plan his assassination of the Pope.

About the Apparition to Bruno that changed everything:

Finally on April 12, 1947 (the Saturday after Easter), at the age of 33, his life took a dramatic turn. On that fateful day he was preparing for an anti-Catholic and anti-Marian speech that he was due to give the following day. The following is a recount of a pilgrim who had the opportunity to meet with Bruno in 1995 and he described his experiences. Here is the letter we received from that person:

“According to what he told us, he had taken his 3 children to Tre Fontane (site of the martyrdom of Saint Paul) where he was going to buy some chocolate at the famous Trappist monastery there. While waiting for the shop to open he sat down to plan his talk while his children played. He was interrupted by the children as they looked for a ball that they had lost.

While helping them look for it he suddenly realized that his youngest son was missing. He then found the boy in a small cave kneeling and smiling at something that Bruno could not see. His other two children joined him and all three of the children began talking about a “beautiful lady” whom only they could see. Bruno was unable to lift them off the ground and finally exclaimed “God help us”. At that, he felt two hands wipe his face and then finally saw a beautiful woman. She announced that she was the “Virgin of Revelation” and told Bruno that he had been persecuting her and it was now time for him to stop. She told him that the nine First Friday Masses that his wife had convinced him to attend had saved him.

She also announced that her body could not, and did not, decay upon death, hence she was assumed bodily in to heaven.​

It is noteworthy that Pope Pius XII proclaimed the Doctrine of the Assumption of the Blessed Virgin Mary in 1950.

Day 1 “Never stop saying the Holy Rosary, I am always with you to help you.”

Day 2 “All those who place themselves under my green mantle of mercy I will protect.”

Day 3 “The Hail Marys that you say with faith and love are like golden arrows straight to the heart of Jesus.”

Day 4 “Call me Mother and tell them to call me Mother: I am the Mother of the pure clergy”

Day 5 “The divine promise, the nine first Fridays to the Sacred Heart, that you did before entering into lies has saved you.”

Day 6 “Be Missionaries of the Word of Truth.”

Day 7 “With this soil of sin I will convert the most obstinate sinners.”

Day 8 “Sing in joy, read the Truth and psalms in sorrow, prayer is the oxygen of the spirit.”

Day 9 “I am who I am in the divine Trinity. I am the Virgin of Revelation”

Supplication to the Virgin of Revelation
To obtain any grace

Most Holy Virgin of the Revelation, you who are in the Divine Trinity, deign we beg you; turn your merciful and kind glance towards us. Oh Mary! You are our powerful advocate before God, who by this soil of Sin will obtain graces and miracles for the conversion of sinners, grant that we obtain from Your Son Jesus, salvation of the soul, perfect health of body and the graces which we need. Grant to the Church and its head, the Roman Pontiff, the joy of seeing the conversion of His enemies, the propagation of the Kingdom of God over all the earth, the unity of all believers in Christ, peace among nations in order that we can love and serve you better in this life and one day deserve to see and thank you eternally in Heaven. Amen.
Nihil obstat
+ Bishop Ilario 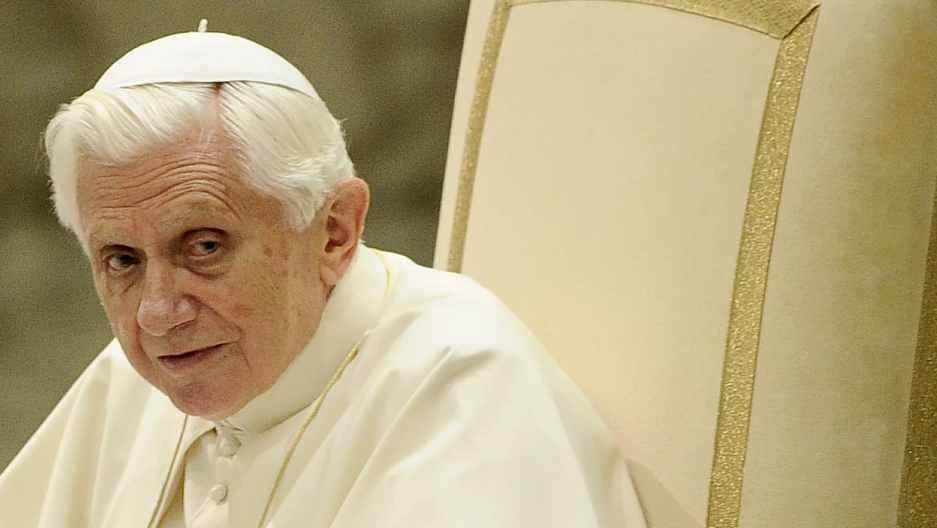