Folks, I know it’s difficult to come to terms with, but the greatest force of evil in the world today is centered in the former United States.

In short, “We’re the Baddies”.

IF Putin is taking out Fauci’s bioweapon labs, then we all will owe Putin a debt of gratitude on that score.

Again, I know it’s hard to come to terms with such betrayal, but it is absolutely essential to deal in the PRESENT REALITY, not in the nostalgia we have for the past. No amount of wishing will make the current American power centers anything other than what they are: irredeemably evil. 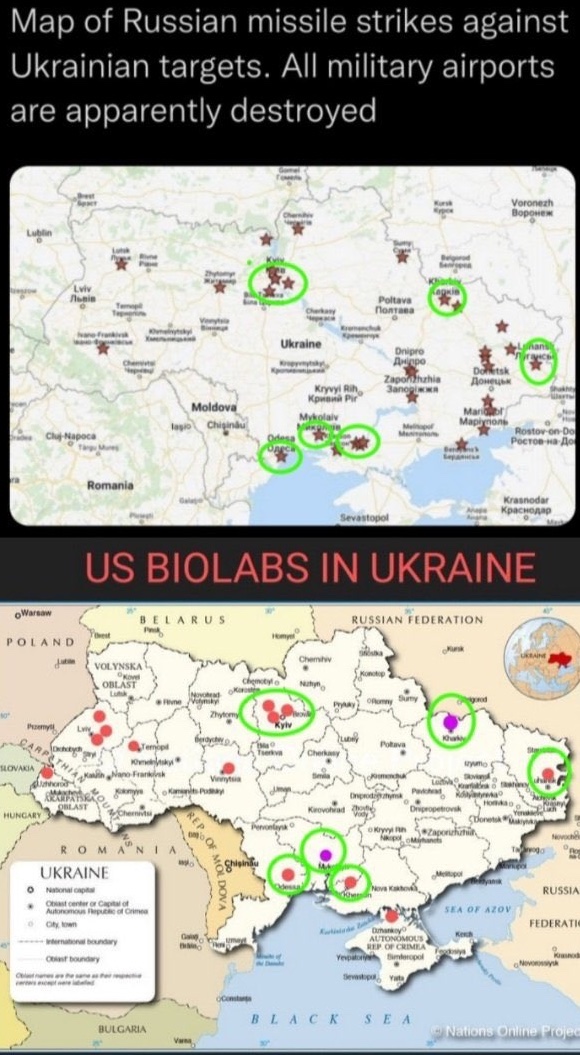