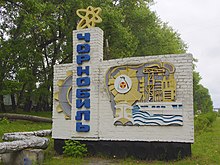 And the third angel sounded the trumpet, and a great star fell from heaven, burning as it were a torch, and it fell on the third part of the rivers, and upon the fountains of waters:
Et tertius angelus tuba cecinit : et cecidit de caelo stella magna, ardens tamquam facula, et cecidit in tertiam partem fluminum, et in fontes aquarum :

And the name of the star is called Wormwood. And the third part of the waters became wormwood; and many men died of the waters, because they were made bitter.
et nomen stellae dicitur Absinthium, et facta est tertia pars aquarum in absinthium; et multi hominum mortui sunt de aquis, quia amarae factae sunt.