(This post was written on 20 February, ARSH 2020 –  DAYS before the CoronaScam Totalitarian Religious-Political global putsch was launched.  Read this, and realize that Covidism is every bit the Diabolical Narcissism factory that islam is, and far, far beyond Dostoyensky’s 19th century Russia.  Perpetual lies which cause a loss of faith, and then the freely-chosen self-purgation of charity, the total objectification of other humans, and THE DESIRE TO BE “OFFENDED”. And now the “offense” given is to be a perfectly healthy human being, especially one who has not been ecstatically injected with poison.  I hadn’t revisited this piece since it was published, but it is positively chilling to read now, especially given the timing of its composition. -AlphaBravo2021)

“The man who lies to himself and listens to his own lie comes to such a pass that he cannot distinguish the truth within him, or around him, and so loses all respect for himself and for others. And having no respect he ceases to love, and in order to occupy and distract himself without love he gives way to passions and coarse pleasures, and sinks to bestiality in his vices, all from continual lying to other men and to himself. The man who lies to himself can be more easily offended than anyone. You know it is sometimes very pleasant to take offence, isn’t it?  A man may know that nobody has insulted him, but that he has invented the insult for himself, has lied and exaggerated to make it picturesque, has caught at a word and made a mountain out of a molehill — he knows that himself, yet he will be the first to take offence, and will revel in his resentment till he feels great pleasure in it, and so pass to genuine vindictiveness.”

I have posted this quote before, but it bears revisiting.  A hallmark of the Diabolical Narcissist is the lying – DNs are pathological, facile liars far above and beyond the sorts of lies that most of us tell (“Mmmm! Yes, Aunt Mildred, your Tuna-Jello pie was delicious!”).  DNs will look you in the eye, and with complete earnestness and directness lie through their teeth, and generally with zero remorse or apology ever.  They do not experience the sick feeling in the pit of the stomach, the pangs of conscience that “normal” sinners feel.  This springs precisely from their lack of empathy, their freely chosen lovelessness and thus total indifference to other people qua people. DNs believe themselves to be elite, or at least have a desperate need to believe themselves elite, and thus outside and above the law and any moral constraint, most especially with regards to other people.

As we have discussed previously, one of the primary scandals of lying is how it erodes the capacity for faith, and eventually love, from the person who is lied to.  When a person is constantly betrayed by being lied to, oftentimes a loss of faith is the result, as a self-defense mechanism.  Eventually, this misguided attempt at self-defense devolves into a freely-chosen self-purgation of all love – and VOILA!  A new Diabolical Narcissist is created.  The islamic political system is a veritable DN nursery.  Islamic cultures presume that every interaction is built upon lies and lying, from buying food in the market (and all business transactions) to marriage to parent-child relationships.  All relationships become Machiavellian, precisely because other human beings are considered OBJECTS.

And from this objectification, borne from lying, comes ALL species of sexual perversion.  Only a truly warped mind and soul could actually do the things that sodomites do.  Sodomitical acts IN AND OF THEMSELVES are explicitly hateful and loveless.  There is no way to “lovingly” put a phallus up someone’s rectum or into someones mouth – male or female.  Period.  Full stop.

Finally, Dostoyevsky even describes the Social Justice Warrior Snowflake pathology – the constant SEEKING OUT of “offense”.  This manifests itself today in not just far-leftist insanity, but also in any incapacity to receive correction or instruction, which we see everywhere.  We are reminded of Fr. Ripperger’s description of the generational spirits of demonic oppression, with the spirit of INDOCILITY being the hallmark of the Baby Boomer (hippy) generation, and cumulatively all subsequent generations.  And so, the man who lies to himself concocts entire fictional narratives of offense, often revolving around instruction, correction or critique.  And we wonder why the intellectual life is almost totally dead in the post-Christian west.  We wonder why people today seem incapable of learning, of being totally devoid of any sort of intellectual curiosity, much less of any sort of genuine capacity for conversion.  When instruction and correction are framed as “attack” by default, only stagnation and then profound retrogression result.

There is no clearer cultural example of this today than the post Vatican II – Novus Ordoist Catholic Church.  Banality, primacy of individual conscience, toxic sentimentality, all yielding REBELLION manifesting as a contempt for sacred tradition, beauty, objective truth, and ultimately contempt for the Law, which is nothing less than hatred of God Himself.

If you want to see what the future of the post-Christian west looks like, look at the islamic world.  If you want to know what your great-great grandsons will be, look at the men of the caliphate today – shiftless layabout retards, seeking animal-level sex and the destruction of any who dare call them out of their gutter existence. 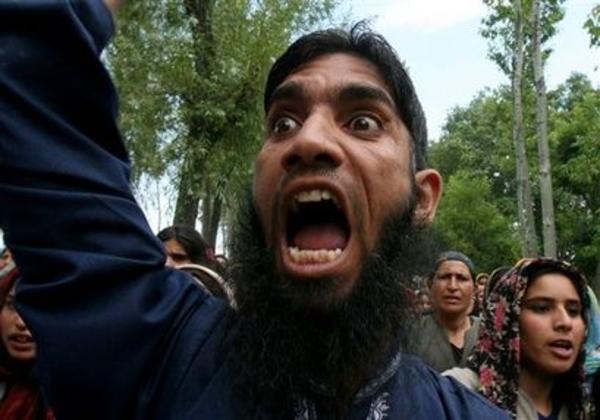