San Francisco Gay Men’s Chorus lyrics. Remember, evil always tells you what it’s doing and what its plans are. Also, at a certain point, satan demands public manifestation of his human legions. Read this and then understand why sodomy is a capital crime according to the Divine Law, and was a felony according to civil law in most civilized cultures, including this one, until just a few short decades ago.

If any one lie with a man as with a woman, both have committed an abomination, let them be put to death: their blood be upon them.

Can you imagine the demonic hoots and screeches of delight that went up in rehearsals when they got to “we’re coming for your children?” Laughing at the “breeders”, many of whom have and will totally miss perhaps the most egregiously evil and certainly the most pornographic line in the song. Don’t think for a nanosecond that “Do you think we can get away with that? Of course we can!” wasn’t openly discussed by the group.

Here is a screen cap from the official video with the criminal record of one of the pictured proud sodomites overlayed. Lewd and lascivious act with a child under 14. David Eugene Wallace came for someone’s child. 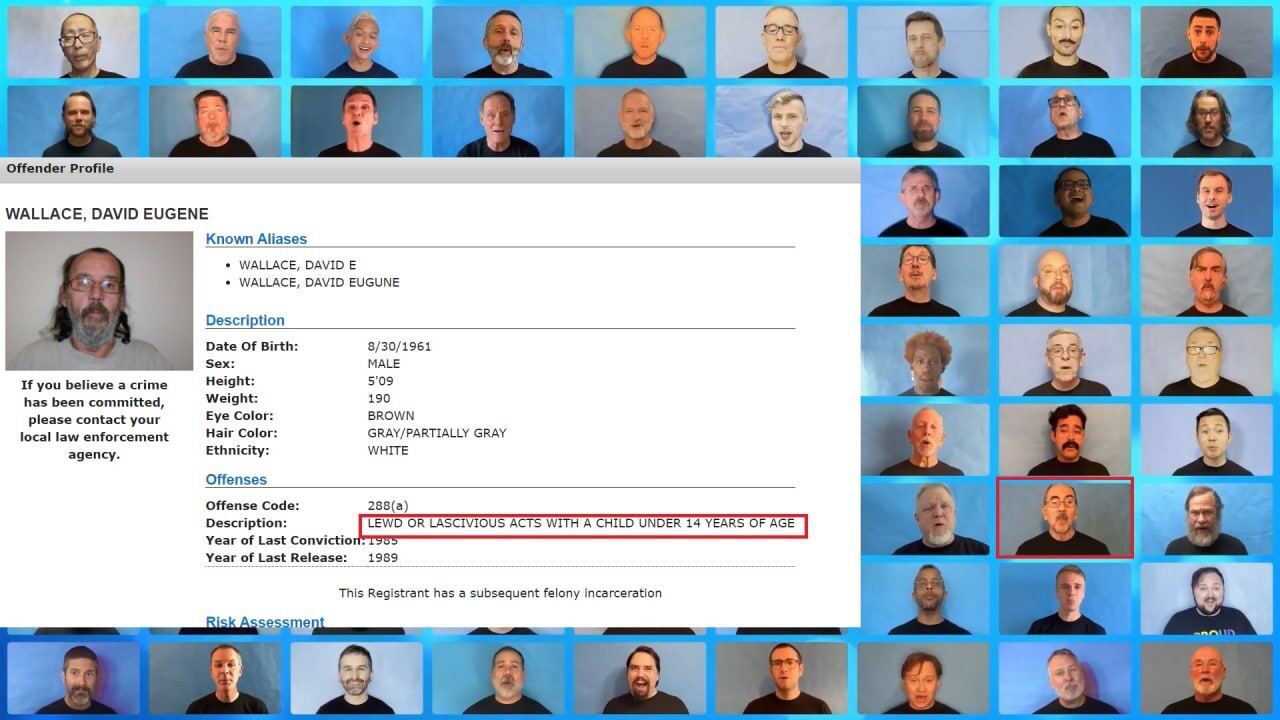 A reader sent this, and it cannot be said any better:

If you think this is about pedophilia, you’ve missed the point entirely. This is a public proclamation of what they’ve always done. Replete with hubris, they are no longer hiding it. It’s about conversion and conquest. It’s about gender confusion and creating a larger “playing field” for themselves. All at the expense of the clueless, pathetic breeders whose minds they’ve been manipulating for decades. They believe they’ve won, and they’re rubbing it in our collective face. What am I seeing about “true gays” not going along with this? As in “good gays” vs “bad gays”? Most sodomites are pederasts. They’ve corrupted civilizations throughout history, and cultures who’ve accepted it have always, without exception, died an ignominious and pitiful death. Watch it again and again until you understand. They are telling you everything, with great pride and a presumed victory over you. Have they won, or not?

You fight against our rights

You say we all lead live you can’t respect

You think that we’ll corrupt your kids

If our agenda goes unchecked

Funny, just this once, you’re correct

And you will barely notice it

You can keep them from disco

We’ll make them tolerant and fair

They’ll change their group of friеnds

You won’t approve of where they go at night

Oh, and you’ll be disgusted

When they start finding things online

That you’ve kept far from their sight

Reaching one and all

There’s really no escaping it

’cause even grandma likes Rupaul

And the world’s getting kinder

Someone’s gotta teach them not to hate

We’re coming for your children

We’re coming for your children

You’re children will care about

Fairness and justice for others

Your children will work to convert

All their sisters and brothers

You’re kids will start convertin’ you!

The gay agenda is coming home

The gay agenda is here!

But you don’t have to worry

’cause there’s nothing wrong with

Standing by our side

Get on board in a hurry

Because the world always needs

But you don’t have to worry

’cause there’s nothing wrong with

Standing by our side

Get on board in a hurry

Because the world always needs

Come on, try a little pride!

Then we’ll turn to you

Giving up the fear inside

Go and turn up that disco!

You’ll forget you were ever upset

And make an ally of you yet!

We’ll make an ally of you yet!

We’ll make an ally of you yet!