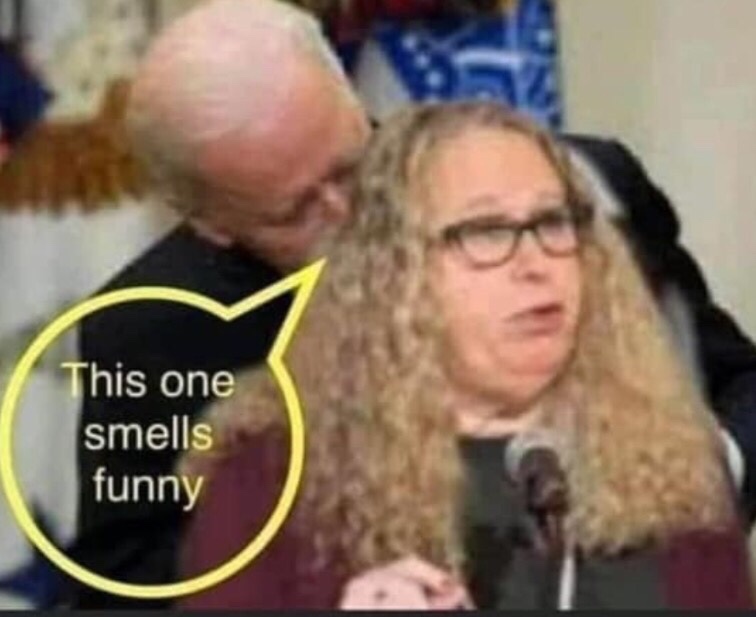 Remember, the conscienceless psychopath Levine pulled his mother out of her nursing home, and then intentionally seeded the nursing homes of Pennsylvania with viral pneumonia cases in order to get as many dead bodies as possible for the optics in order to advance the Corona scam and totalitarian putsch. Besides being a sex pervert, he is also a legit mass murderer. Here is a reprint of my reportage on Richard Levine and his perverted life from this spring. 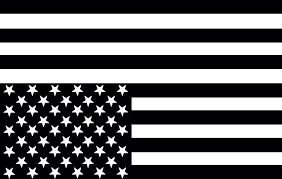 Yep.  This pretty much sums it up.

The “Secretary of Health” in the Commonwealth of Pennsylvania is a literal madman, a person who just a few short decades ago would have been locked up in a mental hospital for his own protection.  This is no exaggeration.  This madman, Dr. Richard Levine, is a notorious sex pervert, who has now mutilated his body and wears women’s clothing.  In the press he is referred to as “Rachel Levine”. 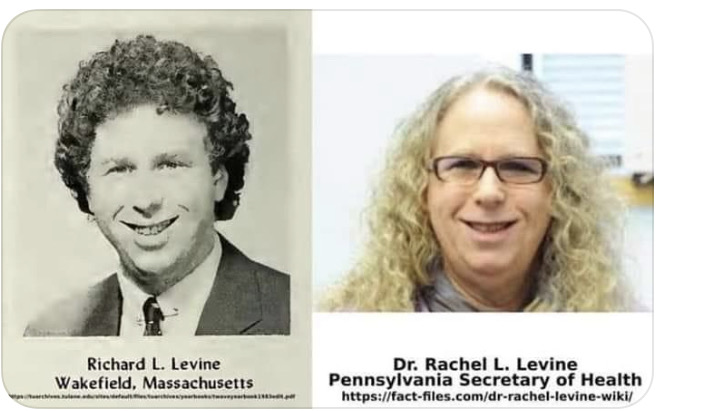 Levine was installed as Secretary of Health PURELY because he is a sex pervert.  He is in no way qualified, is clearly morally insane, and he was notorious amongst the medical community in Pennsylvania for his obvious choice to pursue a career in… wait for it… ADOLESCENT MEDICINE so he could give physical examinations to naked teenaged boys and girls.

Here is a testimony of a man who suffered a physical examination by Levine when he was 14 years old.  When Richard Levine was announced as Health Secretary and appeared in drag, this man, sickened, wrote this testimony.  Click over and read the whole thing. Language warning.  Adult eyes only, as you can imagine, if you click over to the original, folks. Remember, this was written in January of ARSH 2015.  Excerpt:

Within months of Richard Levine’s entry into adolescent medicine practice at Penn State-Hershey in 1996, he gave me a full physical exam. I was about fourteen, and I immediately knew that he was too g****mn weird to be looking at my junk. He had two or three residents or medical students shadowing him, all of them perfectly professional in their demeanor, which I realize in retrospect was no mean feat for young men under the tutelage of such a strange bird. The exam per se wasn’t inappropriate, let alone criminal, but Levine had the weirdest, most inappropriate bedside manner I can recall ever enduring from any clinician. All the intangibles that cannot be taught or legislated he managed to completely f*** up. It was a brief nightmare, but it was a nightmare nonetheless. Levine somehow had a good enough reputation among his colleagues in the area that my dad was referred to him by a nephrologist after my previous pediatrician told me that she’d leave me to my own wits on genital problems now that I was a big boy. Those weren’t her words, but that was her maturity level as a clinician. After Levine’s physical, however, I promptly told my dad that he had been a total creep and that I couldn’t stand the thought of seeing him again (or, more accurately, of him seeing me).

That was all she, or he, wrote about my involvement with Levine. My parents found me another adolescent medicine specialist who was socially normal, and I heard and thought mercifully little of him until word got around Hershey that he was now a she, or trying to become a she. I was at once floored and vindicated. Levine had been so bizarre and inappropriate in his bedside manner with me, at once unctuous, klutzy, and timid, that his having a midlife crisis and deciding that he was a woman seemed perfectly in character. If I had had to name an physician or nurse from my life that I expected to do such a thing, it would have been Levine. Even today, I can’t adequately articulate what was wrong with him. It’s like Potter Stewart and obscenity. Richard Levine performing genital exams on teenagers or–this is unfortunately his specialty–counseling anorexic girls about their psychological and self-esteem problems is as close to obscenity as one can get without criminal charges.

The things that were wrong with his bedside manner back in manlier times come through well enough in her professional portrait in our current era of feminization, if not femininity. Levine is just the person to fail a split-second gut check about, my God, do we really want to allow this freak to assume a statewide office overseeing medical policy? Appointing such a deranged wreck to statewide office is not something that plays well in Peoria.

Being quite familiar with Penn State-Hershey, I can also say that it’s even worse than it looks. I’m on a cordial first-name basis with a number of physicians, nurses, and social workers who were contemporaries of Levine’s at Hershey. These include some exceptionally intelligent, savvy, thoughtful, well put-together, well-adjusted individuals. These are natural leaders, people who I have no doubt are mentally and morally fit to hold positions of public trust. At least one of them used to regularly liaise with then-State Senate President Robert Jubelirer. At the institutional level Hershey is pretty dysfunctional, but it has no shortage of excellent candidates for important statewide medical offices. It’s an institution that is less than the sum of its parts.

There are some surprisingly good people on staff at Hershey, but they aren’t all above average. Rachel (sic) Levine is a f***ing clown. She’s (sic) about as low as one can get in the entire organization. 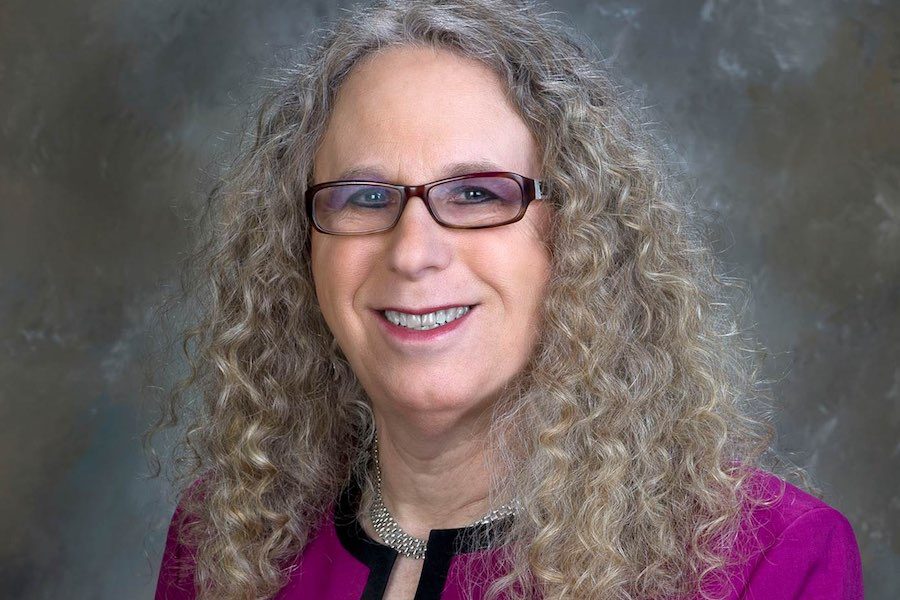