They’re openly telling you that the numbers are bee-ess in no uncertain terms… and then studying the complete lack of resistance.

This is the New York Times, folks:

New York City, already a world epicenter of the coronavirus outbreak, sharply increased its death toll by more than 3,700 victims on Tuesday, after officials said they were now including people who had never tested positive for the virus but were presumed to have died of it. 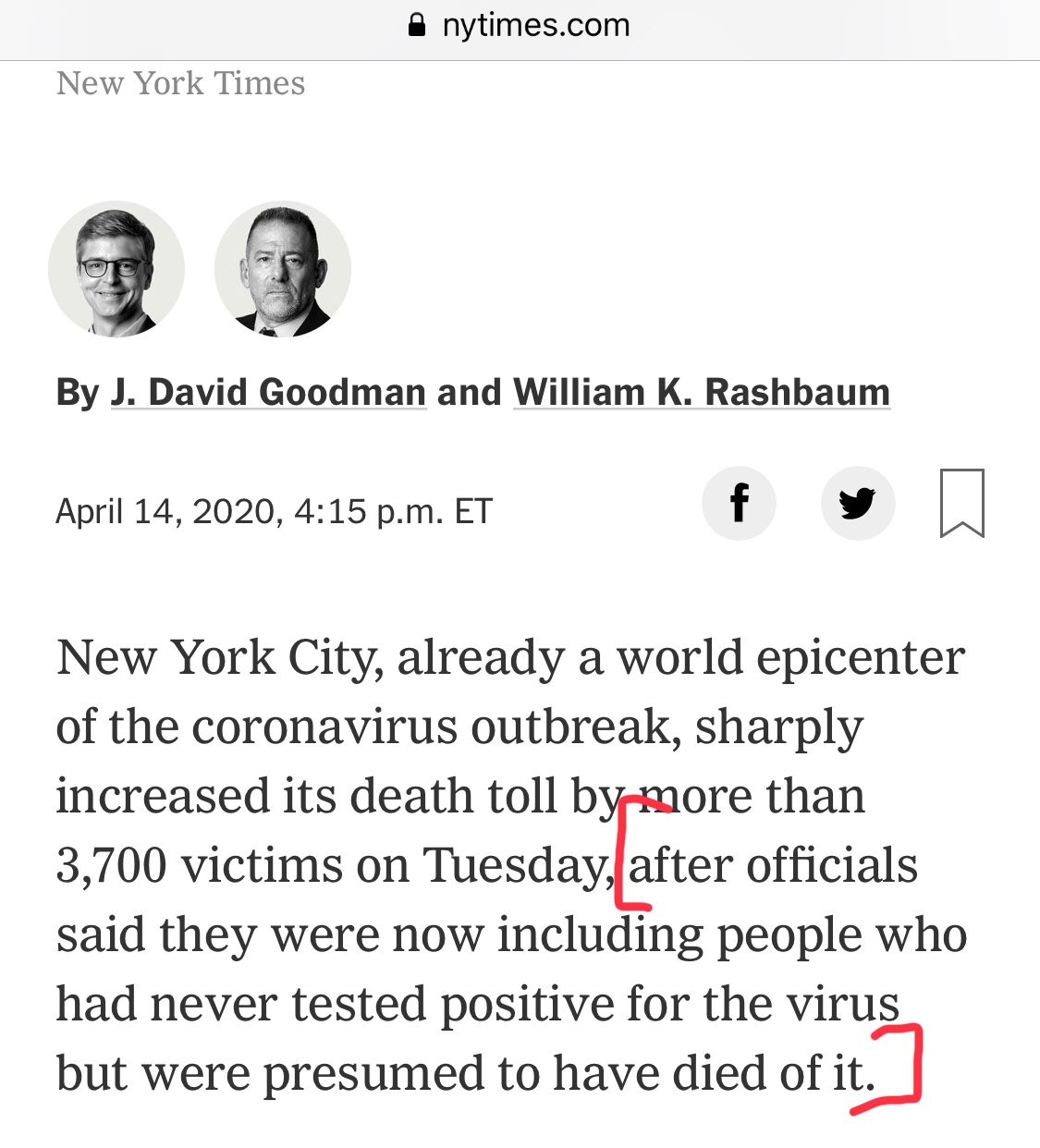