This is the THIRD priesthood the biggest fag hag in Rome, Liz Lev, spawn of New World Order darling Mary Ann Glendon, has contributed to the wrecking of (that we know of).

And this is why THIS MATTERS.

You can read the backstory of Fr. Thomas Williams, aka “The Horndog of Rome”, who carried on sexual affairs openly with Lev for over a decade, fathering two children (one miscarried, one born) by the walking child support package machine Lev, as well as carrying on openly with HIS STUDENTS while he was the Dean of the Department of… wait for it… MORAL THEOLOGY at the Legion of Christ’s Pontifical University in Rome.

Yeah, no power differential there, or anything.

Here’s the thing. Ever since Fr. Thomas Williams was exposed by whistle-blowers as a sexual predator of HIS STUDENTS, and denounced in a very thick dossier to the Congregation for the Doctrine of the Faith in the early 2010s, thus causing Fr. Williams to cut-and-run on the priesthood, both he and his grifter tour guide train wreck fag hag baby mama, Liz Lev, have regularly posted reminders to social media that they are not just married, but living it up. It is essentially Liz Lev making sure the no one forgets, EVER, that Fr. Thomas Williams chose having sex with her over being espoused to Jesus Christ and His Holy Church. Liz Lev beats Jesus, and don’t you ever forget it!

Make no mistake, folks, women who chase priests are uber-insecure trainwrecks who want nothing less than to have a man “pick them” over God Himself. It is homewrecking taken to its pathological extreme, adultery combined with sacrilege.

With Liz Lev and Fr. Thomas Williams it isn’t enough to spit on the Priesthood and walk away. No, these literally shameless psychopaths have to RUB THE WORLD’S FACE in not just their sins, but the world’s celebration of their sins. To wit, this Tweet from Liz Lev just a few days ago, bragging about being invited to the North American College’s annual soirée in Rome. For those of you who don’t know, the NAC is where young American seminarians and priests who have been tapped to become bishops are sent to be “educated” in Rome. 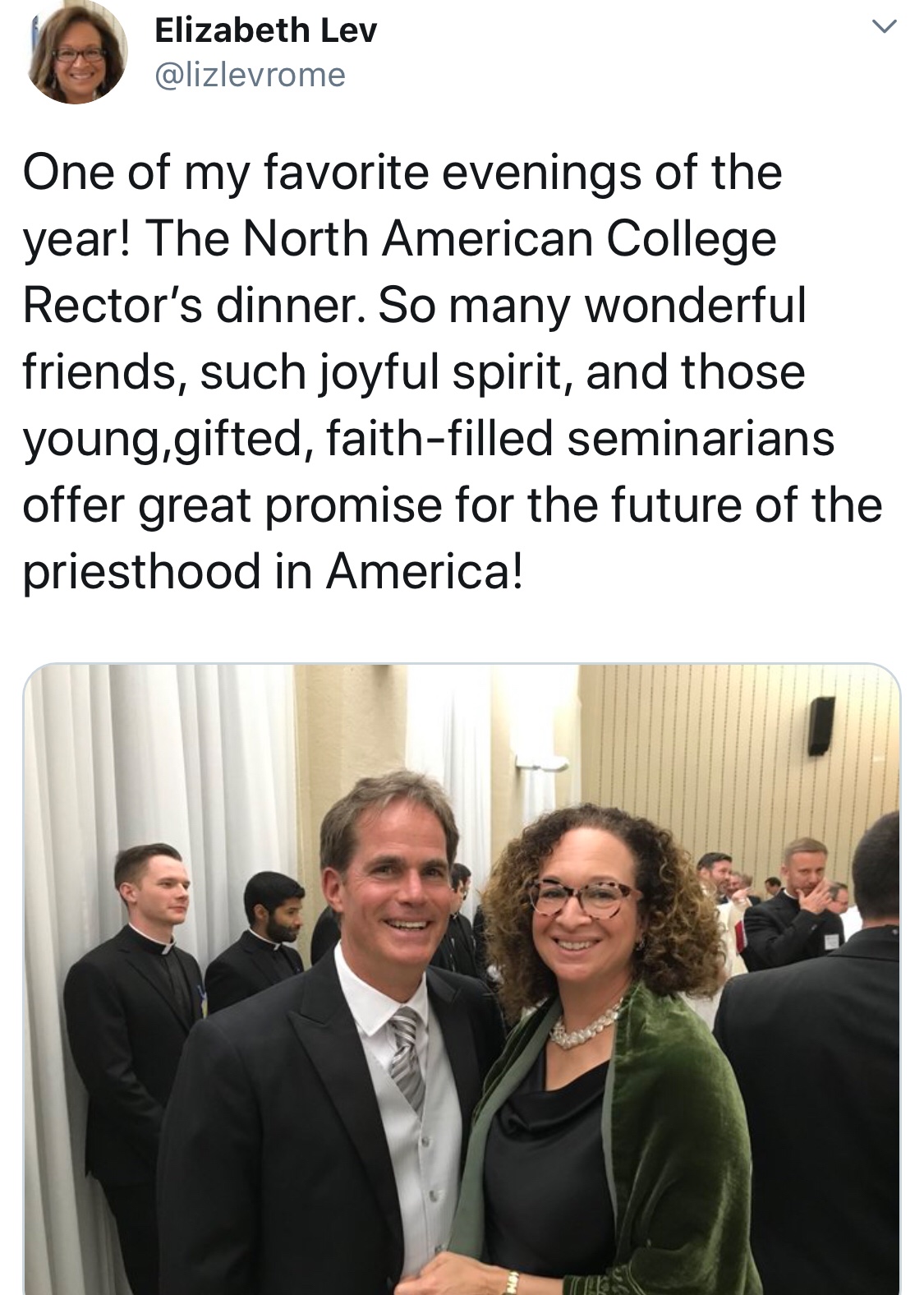 What does it tell you about the state of things in the upper echelons of the institutional Church in North America that an internationally notorious fornicator priest who cut-and-ran after being exposed and denounced to the CDF would be invited to the NAC and be permitted to parade around in front of seminarians?

“Your priestly vows are all a big joke, boys, as is the Sixth Commandment. Openly shred both. Only hang around until you’ve made enough connections to land a cushy six-figure job. Not only will we let you out of the priesthood, hell, we’ll invite you to all of our parties, and tell you how wonderful and braaaaaave we think you and your concubine are! The priesthood is a stepping stone, a resumé builder. Nothing more.”

Which brings us to yet another Legion of Christ sex cult celebrity “pretty boy” priest, Fr. Jonathan Morris.

Williams and Morris grew up together in Michigan. Their parents were friends, and both families were central in the Legion of Christ/Regnum Christi cult activities around Bloomfield Hills, Michigan. 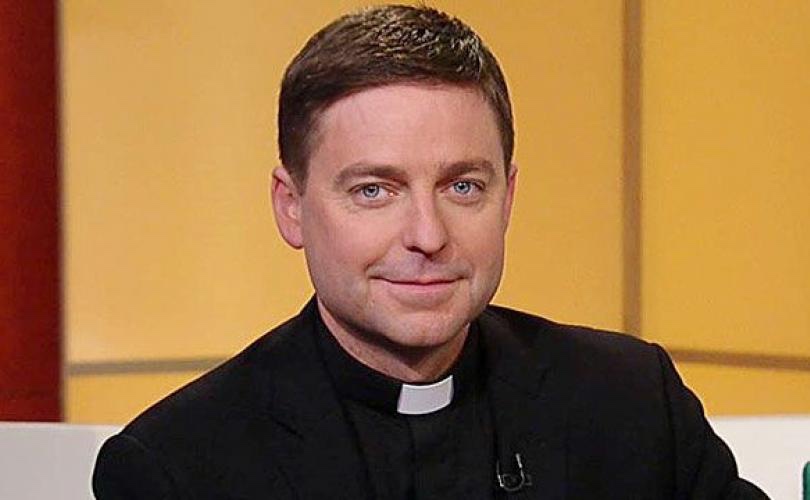 After watching Fr. Thomas Williams and Liz Lev wallow in and brag about their scandalous lives for five years now, Fr. Morris, being “emulous of evildoers” has announced that he too is following the “Mr. Liz Lev” model and is dumping the priesthood so that he too can openly carouse. Because, WHY NOT? Fr. Thomas Williams did it, and ended up with a cushy job (thanks to Steve Bannon) doing mindless cut-and-paste stories for Breitbart and getting six-figure “fellowships” (cough, NWO white collar money laundering, cough) from Notre Dame, and gets invited to all the best Neo-Con soirées, and gets to rub the world’s face in it on social media. “Like!” “Thumbs up!” “What a beautiful couple!”

And, one less Mass is offered, and one less priest is available to sit in the confessional and raise the dead back to life.

And satan squeals with delight.

Scandal is a metastatic cancer.