Get off social media. It is satan’s tool. It is soul-killing. You know this is true. You’ve been thinking about doing it for a while, maybe even for years. Now is the time. Today is the day. You can do it. Live your life in the REAL world, not online. 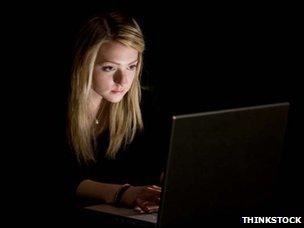 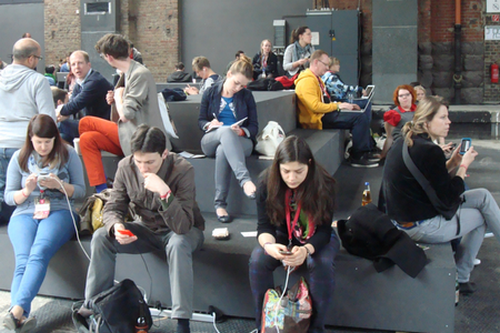 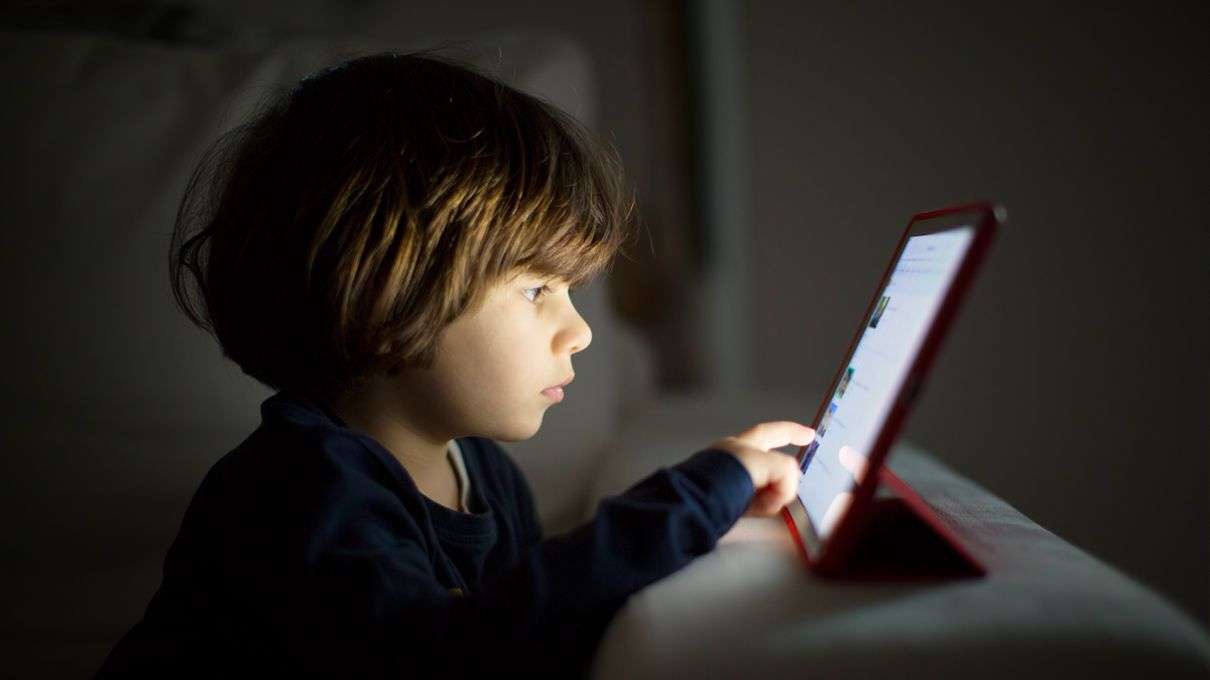 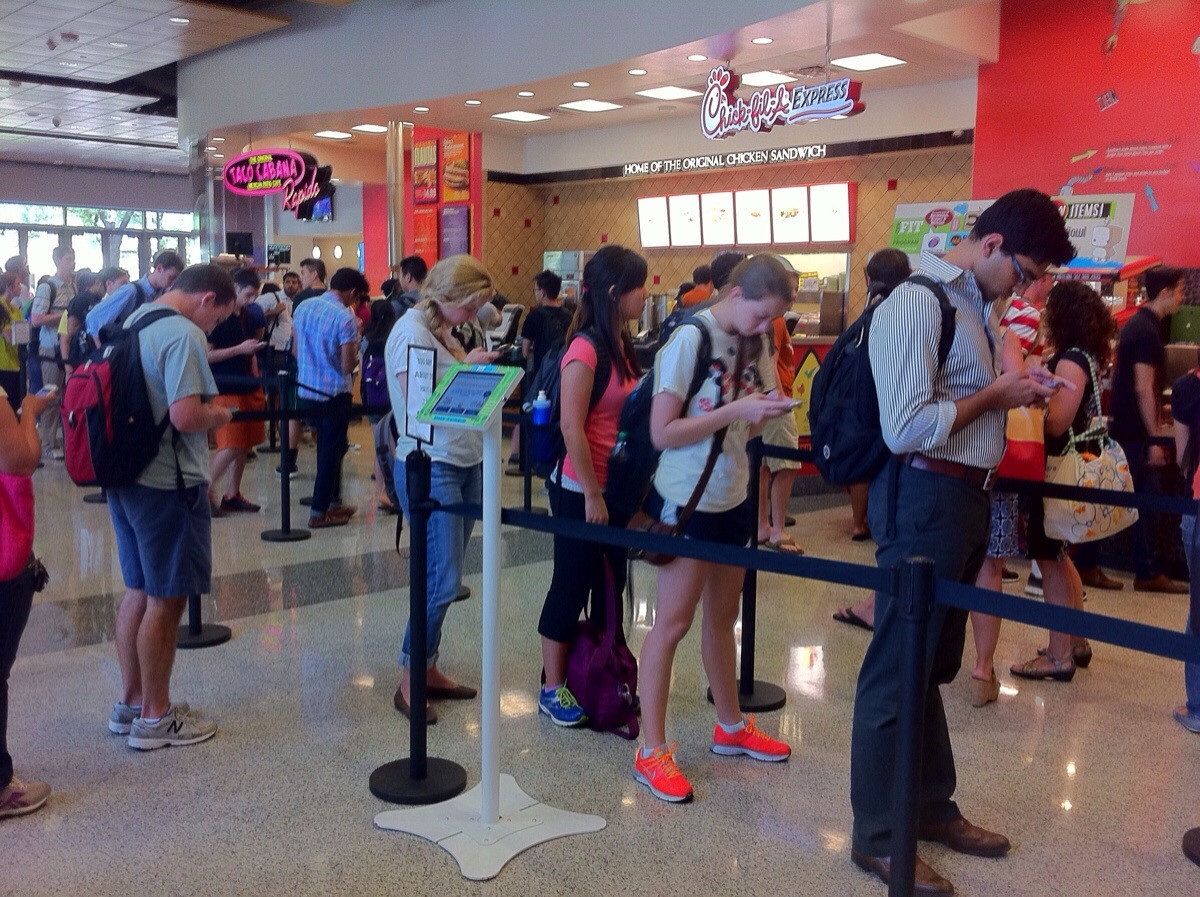 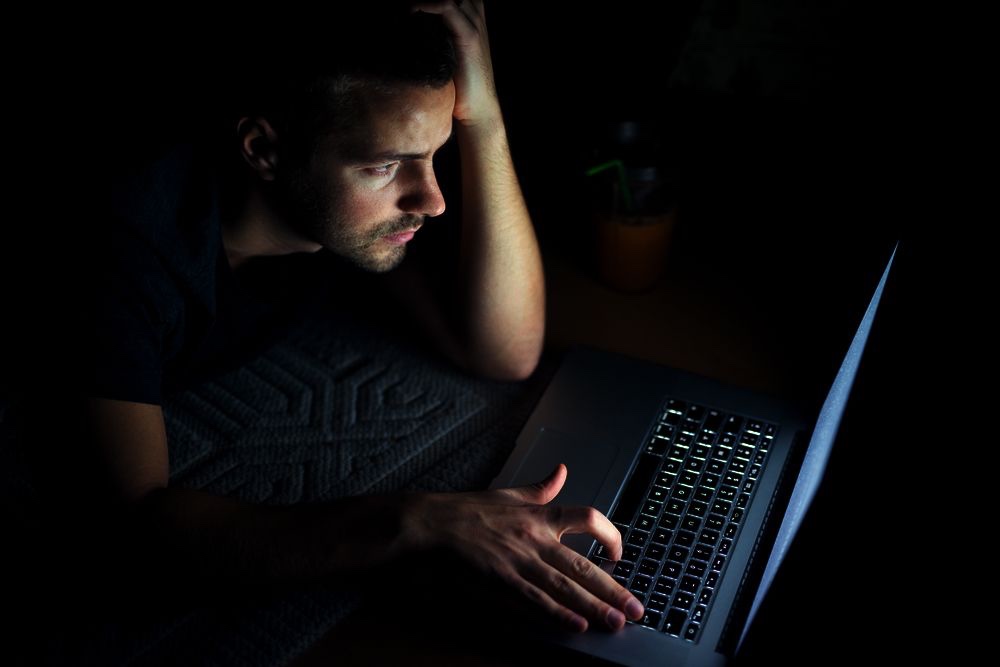 First, let me thank one and all for your kind words of support, and for those concerned readers who saw the jaw-dropping calumnies that were accidentally publicly posted on a highly trafficked Facebook page, and sent in the text and screenshots before they deleted it.  I appreciate your concern for me, and for your discretion.

Let me just interject at this point a plea to one and all to GET OFF OF SOCIAL MEDIA.  Facebook, Twitter, Instagram, whatever the latest and greatest social media fad is, GET OFF OF IT.  That stuff is all toxic, and the demons prowl it and use it against us. It tempts people to narcissism, wrath, envy, pride, lewdness – you name it.

Having said that, there are two main points.  First, if something like this HAS to happen, then I thank God that it was me that was calumniated.  I’ve always had thick skin, but over the past few years, as you can probably imagine, I have developed Rhinoceros-grade epidermis. (Always remember to moisturize!)  Stuff like this doesn’t disturb my peace in the least.  If it has to be someone, let it be me, because I can take it.

Secondly, since entering the Church, I have learned that whenever Our Lord REALLY wants Masses said for someone, one of the best ways to guarantee that will happen is to have them commit some kind of sin against me personally.  So, the guy who stole my wallet several years ago: Mass said for him within days.  The woman who squatted in one of my rental properties in Denver for years: Masses said for her. The men who broke into my house two years ago: Mass said for them within days.  The one and only bad client I ever had in my brokerage firm: Masses said for him every so often. And so with this situation.

Therefore I would like to put the call out to as many priests as are willing to please offer the Holy Sacrifice of the Mass/Divine Liturgy for the Salvation of the Souls and eventual Achievement of the Beatific Vision of two specific persons. It isn’t even necessary to let me know.  Just do it, whenever you have an open slot on your Mass intention calendar.  Please enjoin their patron saints and guardian angels.

The Divine Providence is truly amazing.  He can take something horrible like this, and turn it into a powerful conduit of grace, such that we can all look back and say, “Wow, thank God THAT happened!”  Count it all joy, as the Good Book says.

(Per counsel received, I have removed the names of the two persons.)

But remember folks, you may NOT draw any conclusions from this, and if you do you are a schismatic, and also insane. </sarcasm>

Here is Diane Montagna’s blockbuster piece over at LifeSite.

Make no mistake, this death penalty (and also life imprisonment!) stuff is merely a recon sortie, preparing for the actual final attack: the ratification of sodomy. Mark my words. That is the endgame, and has been all along. Exactly the same tropes that Antipope Bergoglio is using here will be used to ratify sodomy: “FrancisMercy”, “inhuman legalism”, the “error” of every saint, Pope and Scripture going back to the Pentateuch, “harmonious development of doctrine”.

Antipope Bergoglio doesn’t give a tinker’s damn about the death penalty. To wit: CHINA. It is just a stepping stone to the goal: declaring sodomy morally neutral at worst, and “God’s will” for some people. Remember, he told the Chilean sex abuse victim that God “made you this way and loves you just as you are.”

Maybe THIS will wake a few more people up. Fast and pray!

Well, thanks be to God that it was Agriculture and not Aquaculture. Amirite?

St. Catherine of Siena, Doctor of the Church, illiterate until the age of 20. Dead at 33. 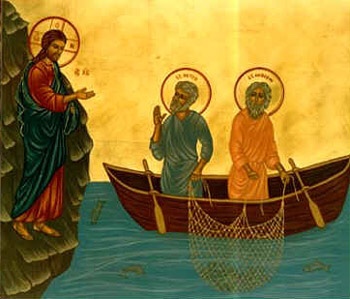 I always enjoy keeping up with you. Keep up the combat.

We attend TLM in a NO parish where the diocesan priest does both the TLM and the NO Mass. That’s the best we can get within 200 miles. Anyway, a few weeks ago, after attending Low Mass on Sunday morning, I noted that the boilerplate picture of Bergoglio was on the wall, in the corner of the narthex, behind a tree. I thought it was absolutely hilarious. I immediately congratulated our priest for doing this.

To my surprise, he replied that he couldn’t take credit for this, but that as far as he was concerned, he (Bergoglio) was still way too close to the Altar.
I have attached two pictures below.

(Which the correspondent did, and they are HILARIOUS, but I can’t post them and give away the show.  But trust me, POINT MADE.)

The transcription of the “Bergoglian Antipapacy” video presentation is done, and just needs to be time stamped. Please say an “Ave” for the transcriptionist.

A Chinese translator (Mandarin) is on board!! Wow!

I have multiple offers for German and Spanish. Between humans and translation algorithms, we should be in great shape by Monday at the latest.

Things are happening, folks! Don’t despair! All things are possible through Christ!

Pray for Pope Benedict, and for the liberty and exaltation of our holy mother, The Church!

In this episode, which was recorded on August 25th, we continue the series of “Ask Ann” podcasts and discuss Ann’s spiritual journey from early childhood with very little religious atmosphere in the home through her conversion in 2007. There will be a part 2 to follow-on from this episode so be sure to send in your questions!

If we believe not, He continueth faithful, He can not deny Himself.
2 Timothy 2: 13

For men swear by one greater than themselves: and an oath for confirmation is the end of all their controversy. Wherein God, meaning more abundantly to shew to the heirs of the promise the immutability of His counsel, interposed an oath: That by two immutable things, in which it is impossible for God to lie, we may have the strongest comfort, who have fled for refuge to hold fast the hope set before us. 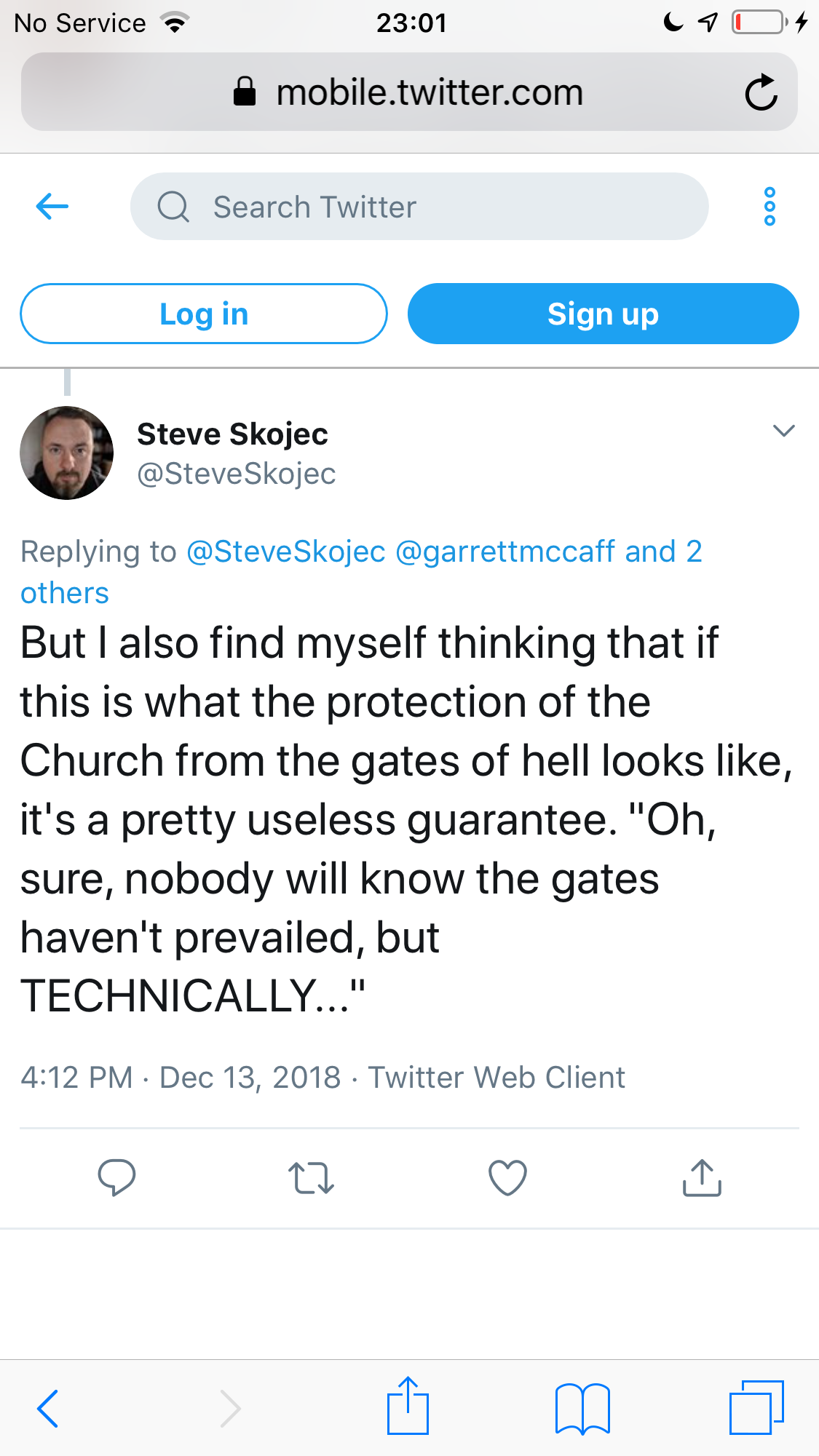 The tweet above is a de facto denial of Christ’s divinity. The disturbing picture below is a “selfie” of the author taken and posted a matter of hours ago. If you aren’t totally creeped-out, you should be. 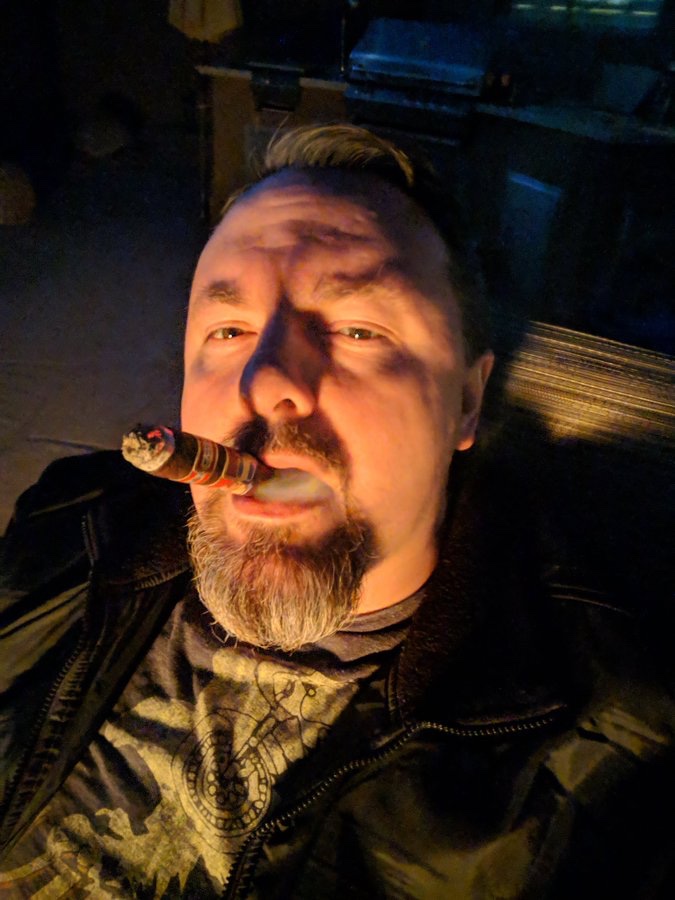 THE woke stocking stuffer of the season. 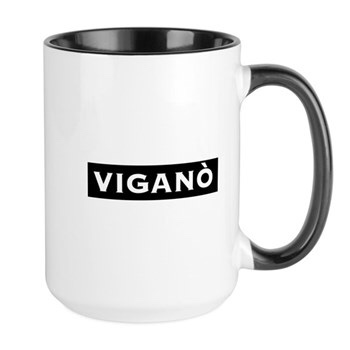 (The prayers at the foot of the altar that begin the Mass, Psalm 42.)

P. I will go in unto the altar of God.

S. To God who giveth joy to my youth.

P. Judge me, O God, and distinguish my cause from the nation which is not holy: deliver me from the unjust and deceitful man.

S. For Thou, O God, art my strength: why hast Thou cast me off? and why go I sorrowful whilst the enemy afflicteth me?

P. Send forth Thy light and Thy truth: they have conducted me and brought me unto Thy holy mount, and into Thy tabernacles.

S. And I will go into the altar of God: to God who giveth joy to my youth.

P. To Thee, O God, my God, I will give praise upon the harp; why art thou sad, O my soul, and why dost thou disquiet me?

S. Hope in God, for I will still give praise to Him: the salvation of my countenance and my God.

S. As it was in the beginning, is now, and ever shall be, world without end. Amen.

P. I will go in unto the altar of God.

S. To God who giveth joy to my youth.