[Originally Penned and posted on 6 March, ARSH 2016.  Given Antipope Bergoglio’s new tack of accusing the victims and whistleblowers of being themselves the cause of scandal, of being little satans, this piece is a must-read. Its follow-up on the sin of scandal – REAL scandal – will be next.] 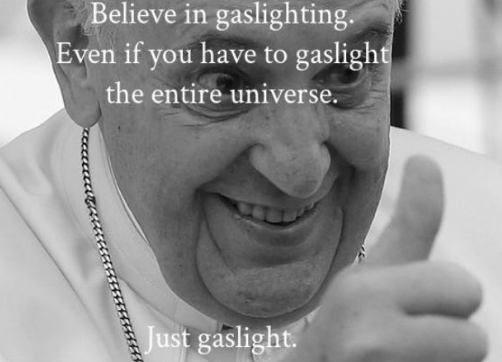 To review, a Diabolical Narcissist is a person who has freely chosen, exactly as the fallen angels (satan and the demons) did, to purge themselves of all charity and are thus voluntarily incapable of love or empathy, and whose entire emotional palate is thus limited to anger, hatred, jealousy and fear. Diabolical Narcissists are often of above-average or even genius-level intelligence, are usually accomplished in their fields, and can be desperately charming.  They are also inveterate and facile liars, and almost all aberrosexuals (homosexuals, asexuals, transvestites, pedophiles, etc.) are Diabolical Narcissists.  Diabolical Narcissists are vampiric and hold special malice for people who are loving, happy, grateful and empathetic – which is why children are often their targets. Diabolical Narcissists identify targets whom they then “hunt”, with the intent of crushing the target such that the target is likewise purged of all charity.  And the wheels of the bus go ’round and ’round. Their sole motivation, like the demons, is pure, unadulterated spite.

The term “Gaslighting” comes from a play, later made into a film in ARSH 1944 starring Ingrid Bergman, called “Gaslight” about a woman whose husband attempts to convince her and those around them that she is insane. Gaslighting, as we will see, is a near omnipresent tactic of Diabolical Narcissists, and is tied closely to the grave sin of scandal – one of the most overlooked sins of our day, and that is saying something indeed. The next essay in this series will be on Scandal.

The formal definition of gaslighting is as follows:

In short, gaslighting is the Diabolical Narcissist playing the “you’re crazy” card, almost always in response to the Diabolical Narcissist being confronted about or called on their malignant behavior. This can range from the relatively subtle, passive-aggressive (sometimes referred to as “ambient abuse”), such as a DN giving someone the cold shoulder or silent treatment, up to tyrant oligarchs or antipopes accusing their victims/political enemies of being mentally unstable. Accusations of insanity and imprisonment of political enemies in “mental hospitals” has been a favored tactic of Marxists in particular over the past century.

In the micro context, say between a DN husband and wife, a friendship between a DN and a normal person, or a workplace relationship between a DN and co-worker (subordinate or not), the DN, after identifying and grooming his target, will then turn on them suddenly with extreme passive-aggression, most commonly beginning with the silent treatment. When finally confronted by the concerned and confused target, the DN will DENY ANY WRONGDOING.

“I have no idea what you’re talking about.”
“I can’t believe I’m even having this conversation.”
“This is all some fantasy inside your head.”
“You’re crazy.”

Depending on the strength or weakness of the target, and the context, this cycle can go on for years or even decades.

Oftentimes, the DN will then begin a campaign amongst the family, friends or colleagues of his victim trying to convince them of the “irrationality” of his victim’s concerns, that his victim is “detached from reality”. This is where the DN really gets to flex his charm, and as we have discussed previously, the DN oftentimes derives more narcissistic satisfaction from the “getting away with it”, in this case the manipulation and “winning over” of the surrounding group, be it the couple’s children, the shared social circle, or co-workers.  With politicians and high-level clergy, this “manipulating the group” and “getting away with it” is played out on a national or global scale.

When the DN is ready and is sure he can get away with it, he will escalate the level and openness of the abusive behavior to something like shouting obscenities or raging at his target in a public place, or at home in front of witnesses. Or, as a random example, spewing heresy on a near-daily basis.  Now here is where it gets interesting.

Now that others have eyewitnessed the DN’s narcissistic rage, the DN pivots his gaslighting tactics. The DN now insists that the fact that the target was hurt, upset or offended by the DN’s actions IS ITSELF THE PROOF THAT THE TARGET IS MENTALLY IMPAIRED OR WORSE. This is where they play the “crazy” card.

Remember, DNs are obsessed with the projection of their false self, a diabolical grandiose persona that they themselves create in order to convince themselves that they are perfect, separate, above, without peer, and that the rules simply do not apply to them. Therefore, the DN believes himself incapable of wrongdoing or sin, and if confronted with his or her own wrongdoing or sin, the immediate “damage control” response is to impugn the very sanity of anyone who would dare question his behavior. After all, if the DN was made to scream obscenities at the target in public, the target must have REALLY had it coming, and in a sense should be grateful to the DN for putting up with them at all, right?

This is how these people think. This is how nearly every single politician and Catholic bishop today thinks. These people truly believe that you, the lowly vermin, should be GRATEFUL TO THEM when they look you in the eye and lie to you, rob you blind, or even rape your children, because they tolerate your existence… for now. And if you aren’t grateful? If you dare ask questions or challenge them? Well, you’re clearly insane, should be mandatorily tested for “depression”, and obviously should not be permitted anywhere near a firearm…. 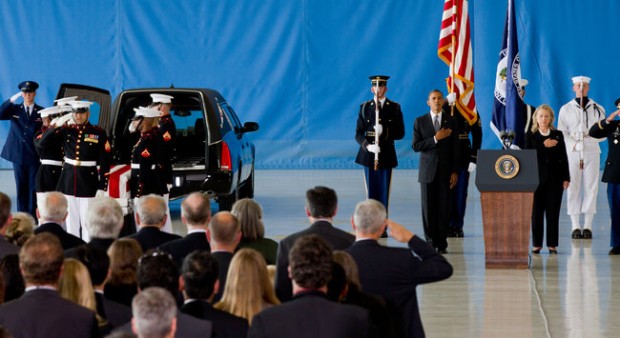 Remember, you should be GRATEFUL when your betters lie to your face, because it means that they tolerate your existence… for now.

Tragically, I’ll bet we can all think of micro-examples of people we have known or are related to who have been in truly abusive situations or relationships like this. And even though I am using the masculine pronoun to refer to the DN, we all know of DN females who rage at their targets, oftentimes their husbands, children or workplace subordinates.  Female politicians are especially notorious for such hideous behavior towards underlings.

In the case of submissive male targets of female DNs, there is a vulgar descriptor for these men:  p****whipped. And as the Marxist doctrine of feminism, which is simply the inculcation of girls and women into Diabolical Narcissism, creates more and more female DNs, the number of effeminate, *whipped men as a percentage of the post-Christian, post-western populace has now gone parabolic. 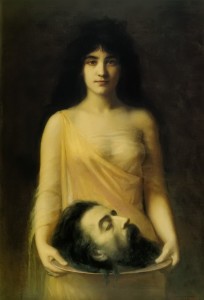 A prime example of a Diabolical Narcissist using accusations of mental instability against his enemies is Antipope Bergoglio. Here is what he said recently (ARSH 2016) about priests and seminarians who are devout and pious Catholics:

“There are often young men who are psychologically unstable without knowing it and who look for strong structures to support them. For some it is the police or the army but for others it is the clergy,” the pope said. However, the pope said he personally finds it worrisome when a priest takes pride in being extremely devout. “When a youngster is too rigid, too fundamentalist, I don’t feel confident (about him). Behind it there is something he himself does not understand. Keep your eyes open!”

Sadly, DNs are often extremely successful in this as they have a tendency to pick as targets of their narcissistic rage and malice weak but kindhearted personalities who will capitulate to their manipulations. If you should happen to watch the movie “Gaslight” after reading this, you will see that Ingrid Bergman’s character folds like a cheap shirt – almost unbelievably fast, which is a main critique of the screenplay. But, on occasion, a DN will come up against a person who is solidly grounded in Reality, and thus cannot be gaslighted in this way. When this happens, the DN transitions to his final tactic: impugning the character of his target.

Again, the Diabolical Narcissist MUST maintain his false facade of perfection, therefore if he turns on someone and the “crazy” gambit simply doesn’t play, he MUST be morally justified in having done so – the target MUST be an evil person.

If you have a problem with clerics and prelates, including cardinals, groping, fellating and ass raping lads and seminarians – YOU ARE AN EVIL PERSON.

If you actually believe what the Catholic Church has believed and taught infallibly for 2000 years – YOU ARE AN EVIL PERSON.

Think of O.J. standing over Nicole’s almost-decapitated body, saying, “Bitch, you made me kill you.”

Think of Cardinal McCarrick telling the terrified 11 year old boy he just manually brought to orgasm, “See? I knew you wanted to do that.”

Or, think of Antipope Bergoglio, standing over the almost-decapitated body of Holy Mother Church saying, “Christians who obstinately maintain ‘it’s always been done this way,’ this is the path, this is the street—they sin: the sin of divination. It’s as if they went about by guessing: ‘What has been said and what doesn’t change is what’s important; what I hear—from myself and my closed heart—more than the Word of the Lord.’ Obstinacy is also the sin of idolatry: the Christian who is obstinate sins! The sin of idolatry.”

This is a very, very simplistic primer and introduction to the concept of gaslighting, but I think it is enough for you to start identifying and calling out these dynamics, especially when you see them from politicians and tyrants like Antipope Bergoglio. Also, perhaps there will be some of you who recognize this behavior in your own lives, both past and present.

Remember, the basics of gaslighting are: