“So, when these politicians get caught in baldfaced lies and even criminal activity, and seem to ENJOY the fact that they get away with it time after time, casting anyone who dares to even bring these things up as either “nuts” or simply bad people, you’re saying THAT is gaslighting?”

Um, yeah.  That’s EXACTLY what I’m saying.  The media today is, for all intents and purposes, one giant gaslighting operation.  Marginalize as “crazy”, or outright character assassinate anyone who doesn’t fall into mindless lockstep with the Washington DC – New World Order oligarchical machine.

The foundational point and hope I have in writing these essays (and the video, which is done but still being edited) is on the micro level – to help people who have, are, or will be around Diabolical Narcissists to recognize and understand what is going on precisely so that the topic of today’s post does NOT come into play – and that is SCANDAL.

Respect for the souls of others:

Scandal is an attitude or behavior which leads another to do evil. The person who gives scandal becomes his neighbor’s tempter. He damages virtue and integrity; he may even draw his brother into spiritual death. Scandal is a grave offense if by deed or omission another is deliberately led into a grave offense.

The Catechism classifies scandal under the fifth commandment (Thou shalt not kill) and defines it as “an attitude or behavior which leads another to do evil”. In the Gospel of Matthew, Jesus stated, “Whoever causes one of these little ones who believe in Me to sin, it would be better for him to have a great millstone fastened round his neck and to be drowned in the depth of the sea.”

The Church considers it a serious crime to cause another’s faith, hope and love to be weakened, especially if it is done to young people and the perpetrator is a person of authority such as a parent, teacher or priest.

This is such a massive topic, it is difficult to pare down.  However, what I want to focus on are the words in red above:  it a serious crime to cause another’s faith, hope and love to be weakened, and specifically on the micro, interpersonal level.  The next essay will be on public scandal.

This is a nuanced point.  Any person with even the tiniest sliver of faith, hope and/or love in their soul CAN BE SCANDALIZED.  A person does not have to be a devout Catholic to be scandalized.  Any time a human being, as the result of another person’s attitude or behavior, has faith, hope or love driven out of them, regardless of where the starting point was, scandal has occurred.  The target is farther from God after the scandal than they were before.

Think about it this way: satan and the demons cannot be scandalized.  They are already utterly devoid of love, they are completely faithless, and they have no hope because they know that their choice to reject God is irreversible.  They will never, ever see God.  You can’t make a demon more demonic.  Likewise, DNs are very hard to scandalize.  Have you ever asked yourself why it is that so much truly evil behavior in this day and age goes either uncontested or actively defended?  Why is it that people today just shrug things off that which would have spurred mass civil disobedience and protest within living memory?  Why is it that behavior that would have disqualified people from decent society just a few decades ago is now considered positively de rigueur?  Do you think it might have something to do with the ever-increasing concentration of DNs in our society, especially among the young?  Hmmmm….

DNs aren’t scandalized because if a given DN is almost completely purged of love, he is almost entirely gone as a human being – there is little to no love present to drive out.  Do you think that is a harsh thing for me to say?  Well, have you been to a wedding lately?  Ever heard St. Paul’s words in 1 Corinthians 13 – the most common scripture reading at weddings?

I find this to be one of the most utterly terrifying passages in scripture.  This is God Almighty, Existence Itself (I AM WHO AM), telling us that if we are devoid of love (charity), then we are NOTHING. Not that we are merely bad, but that we are NOTHING. Nihil sum. God can work with bad.  Not even God can work with “nothing”.  The fact that this “nothing person” is specifically described as a polyglot with encyclopedic knowledge and faith adds additional layers of terror.  This passage is speaking directly to and warning about Diabolical Narcissists – people who freely choose to purge themselves of love.

There are multiple ways that scandal can be caused.  I suppose the most common way that people consider is when someone does something evil and gets away with it, thus convincing those around them that the evil action wasn’t really so evil, and even that others should do it too.  This would seem to be the primary tactic with regards to children – specifically with regards to sins of the flesh.

But what I want to focus on is the little-discussed, but perhaps more common species of scandal, especially with regards to Diabolical Narcissists and their targets: disappointment that leads to despair. Put another way, DNs scandalize their targets by causing them to simply give up… on love.  All love, not just romantic love.  We’re talking brotherly love for other human beings, and even the love of God.

When a DN finds a target, grooms them, and then lays into them, the targets often report a “soul-crushing” disappointment.  We aren’t talking about disappointment in the sense of “Baskin-Robbins didn’t have Jamoca Almond Fudge last night.”  We are talking about disappointment so intense that it causes a person to despair, lose their faith, or simply throw up their hands and say, “Screw it.  From now on, I don’t give a crap about other people.  I’m just going to live for myself in the moment and do whatever makes me feel good, because nothing matters anyway.”  If you are thinking to yourself that politics and current events in the Church  make you feel this way, we will discuss that dynamic in the next essay.

Whenever a person says, “Screw it…” like this, a new Diabolical Narcissist is born.  And the main vector of this transformation was not an actual demon.  It was a human being.  In fact, the vast, vast majority of the “dirty work”, that is the actual crushing of human souls, is done by human beings.  Why?  Because believe it or not, human beings are much, much more effective at actually driving other people into despair and spiritual death.  Consider this: what if, right now, an actual demon manifested in front of you.  You could see it, in all of its hideousness, with your own eyes just as clearly as you are seeing these words on your screen.  Now, what if this demon, hideous and repulsive, starting berating you.  “LOOK AT YOU! I hate you! I can’t stand you! You’re stupid! You make me sick! You’re a terrible person! F*** YOU!”

Well, I reckon most people would NOT have their soul crushed to know that a demon hates them, right?  You’d have to be one massively insecure piece of work to be all broken up because a denizen of hell didn’t hold you in high esteem.  I mean, dude, it’s a demon.  Of course it hates you. Duh.  That is its nature.  To be hated by a demon is no cause for offense.  Heck, if a demon DIDN’T hate you, that would be cause for serious concern, right?

Now, consider the same scenario, except it isn’t a demon hissing and spitting those words at you, but rather your mother, your father, your spouse, your fiancee, your teacher, your boss, your priest or your friend.  THAT packs a punch no demon can ever, ever deliver.  Only human beings can wound each other like this.  Many, many people have been driven to despair in this way.  Many people have, as a misguided attempt at self-defense from situations like this, freely chosen to purge their own souls of love.  And then, as St. Paul said, they too become “nothing”. And satan and the demons squeal with delight – another soul to join their ranks in hell, never to see God.

And so, as strangely awful as it may seem, if you are still capable of being disappointed by other people’s terrible behavior, this is actually a good thing.  Diabolical Narcissists don’t mourn.  Mourning requires love.  Diabolical Narcissists don’t hunger and thirst for righteousness – they are indifferent, which is the opposite of charity.  After all, Our Blessed Lord and Savior, during His Agony in the Garden, and throughout His Sorrowful Passion, was (and is) disappointed by us.  Terribly, terribly disappointed.  What He is NOT, is scandalized.  The infinite ocean of His love for us is not reduced by one drop by all of our sins.  Never for one second did Our Lord think, “Man, I just give up on you people…”

This is what is meant by the statement, “There is nothing we can do to cause God to stop loving us.” Even if we choose to hate Him and reject Him completely and thus choose hell and eternal separation, even then, He will still love us.  We are called to do the same with each other.  We should strive to be just like Him.  Be disappointed, by all means.  But do not let yourself be scandalized (she preached to herself).  Because, as St. Francis de Sales said below:

“…those who take scandal- who allow scandals to destroy faith- are guilty of spiritual suicide.”

In the next piece we will discuss Scandal on the macro, public level, with special emphasis on DN politicians and Pope Francis Bergoglio, and tie it all back in with gaslighting.  (I’ll give you a hint… “Who are you to judge?”) 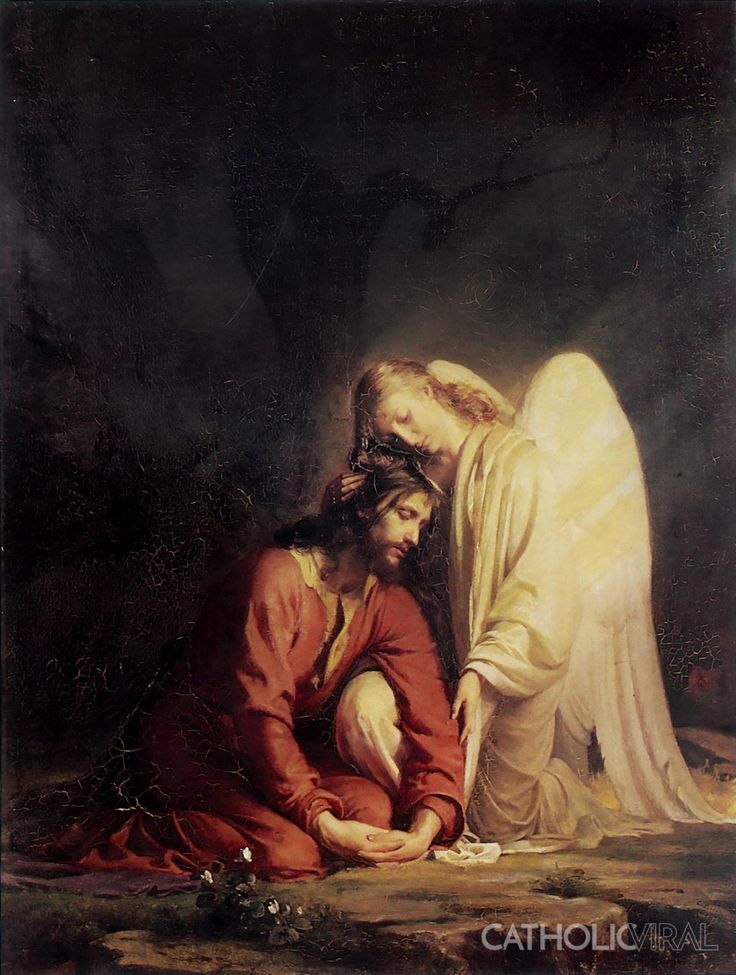