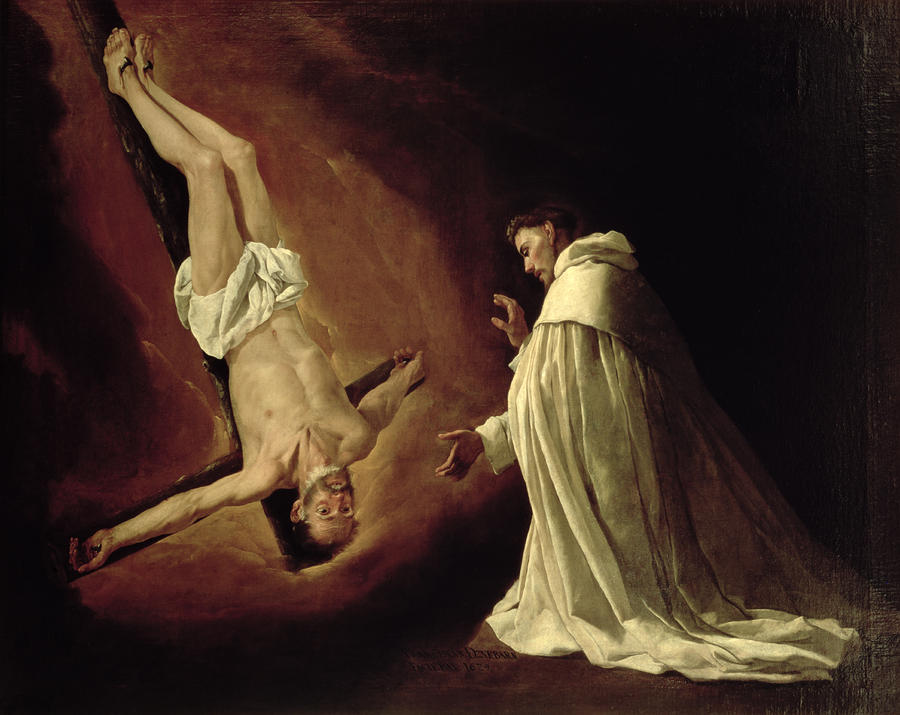 Meet St. Peter Nolasco, whose feast it is today.  After being visited by the Blessed Virgin, at her instruction St. Peter Nolasco founded the Order of Our Lady of Mercy for the Redemption of Captives.  And by captives, we are talking about people who were captured and enslaved by musloids.  Now, get this:  The Order first used money to redeem slaves, but when their money ran out, the men in the order were bound by the Order’s rule to *offer themselves* in exchange for captives.

Do you understand how far Christian civilization has fallen, and how utterly impoverished the Church now is?  Men were signing up not only for a life of poverty, a life dedicated to prayer and liturgy, a life of celibacy and complete chastity, but were also willingly signing up to potentially offer themselves to musloid slavers in order to ransom other human beings.  And they had vocations.

Both St. Peters, pray for us!