There is basically a media blackout on the counter-revolution in Ukraine, but y’all better pay close, close attention, because A.) decent human beings are being slaughtered in the streets for standing up to an illegitimate government and this ALWAYS merits attention as a function of simple charity and B.) I think the events in Ukraine are a foreshadowing or prototype of what will eventually play out in North America.  The two situations have many similarities.

Please note that I used the term “counter-revolution” with regards to Ukraine.  Remember, “revolution” refers to any movement that turns AWAY from God.  Without doubt or question, the tyrannical Ukrainian oligarchy executed a cold revolution in which it turned away from God and toward Moscow, Putin and their own personal enrichment.  The “revolution” is a fait accompli.  What the people of Ukraine have been and are now doing is COUNTER-REVOLUTION.  They are sick and tired of being used and abused by a cadre of oligarchs who are toadies of Putin.  They want to turn back toward justice, honesty in government and the rule of law.  Again, Putin is an evil, evil, evil man.  You people who are still falling for his garbage need to wise up.  He is playing you for a fool.  Just because he goes into a church and crosses himself and makes token gestures against sodomites doesn’t make him good.  It makes him politically savvy and nothing more.  If Obama learns to cross himself (assuming that the action wouldn’t cause him to burst into flames or melt), are you going to fall all over him too?  Guys, Putin and Obama are cut from the same cloth.  It is not impossible that Obama has explicit ties to Moscow, and may have even been in Moscow for a time during the missing two years in the early 80’s when he claims to have been at Columbia in NYC, but was almost certainly nowhere near that sulfuric hive of iniquity.

With Putin’s approval, the Kiev oligarchs are now murdering people in the street, and are HAPPILY ADMITTING IT.  Check out this quote from one of them who spoke at a memorial service for one of the first killed.  And remember, this was said AT THE MEMORIAL SERVICE:

A local legislator from the Luhansk region, who is a member of the ruling Party of Regions said, at a memorial service for those killed in Kyiv, “it is ‘correct’ that they were killed. In fact, more severe measures should be taken against the demonstrators.”

Okay.  When the oligarchs stop pretending and happily admit that they are murdering people and that they intend and desire to murder more people, you quit talking, suit up and boot up, and fight until you are either gloriously dead or gloriously victorious.  Remember the Lord of the Rings scene I posted last week of King Theoden at the Battle of the Pelennor Fields giving his speech before the charge?  Do you remember the battle cry of the Rohirim?  “DEATH!”  Were you taken aback by that?  It isn’t that the Rohirim were suicidal, because that would be a grave sin.  The battle cry “DEATH!” is simply a declaration that they did not fear death and were ready to lay down their lives in service to truth, justice and goodness – and many of them did.  And they understood that to die in that way was, in fact, glorious.  In any action involving a massive charge, there WILL be casualties.  Americans, it seems to me, only want to partake in a “charge” if they don’t have to A.) get up from their sofas, and B.) can be guaranteed that there will be zero risk of personal harm –  be it physical, financial or even mere harm to their reputation or social standing.  If those are your criteria, that’s fine, but understand you have ZERO chance of victory, and frankly, deserve to live under a tyranny for being utterly self-absorbed, cowardly and effeminate at that point.  Sow the wind – even through passivity, and you will still be made to reap the whirlwind.

Now, let me post a quote from a piece published today about Ukraine titled “Bloodlands”, and I will put in red brackets substitutions in the U.S. context and tell me that the two situations aren’t eerily similar:

…It is far more a criminal syndicate than a classic totalitarian regime. The tactics Yanukovych {the Obama regime} has employed as president — forging alliances with oligarchs (who have funded the president’s political party and also made him vastly wealthy personally); hiring gangs of brutes to cow potential opponents; assassinating opponents who didn’t get the message from the thugs or who refused to kowtow; aggregating power in the hands of a single party held together by greed, the lust for power, and the fear of retribution; the thoroughgoing corruption of the justice system and the courts; the eventual strangulation of parliament {Congress} — were all previewed in the late 1990s and the early years of the new century when Yanukovych was governor of the Donetsk oblast in eastern Ukraine {an Illinois state representative and then U.S. Senator}. There, Yanukovych {Obama} honed his capacity to acquire, and then hold on to, a form of power that is cemented together by personal loyalties, financial cupidity, and fear rather than by any common ideology. Call it clan politics; call it Mafia politics; call it whatever you like, only don’t call it “democratic.” Yanukovych {the Obama regime} may have come to power through the formal mechanisms of democracy (although the legitimacy of recent elections in Ukraine {the former United States} is certainly open to doubt). But as EuroMaidan leaders {screeching American harpies}  such as former world heavyweight champion Vitaliy Klychko {Ann Barnhardt} have long insisted, Yanukovych {the Obama regime} has destroyed constitutional governance in Ukraine {the former United States}, and Ukraine {the now-overthrown United States} can no longer be considered a democracy.

Sadly, the author of this piece is George Weigel, who is a dyed-in-the-wool American neo-con, and as a big-time fanboi of Cardinal Timothy Dolan, I suspect, would scarcely admit to the similarities outlined above, and if he did would be in total denial as to the root causes, much less the solution.  So many Americans today can see things that are happening on the other side of the planet, but simply cannot bring themselves to acknowledge the same evils within the context of their own country.  This isn’t merely a blindSPOT, it is a de facto blindFOLD.  Indifferent, cowardly, and willfully blind.  Forgive me for despairing of a solution that does not involve legions of angels with flaming swords. 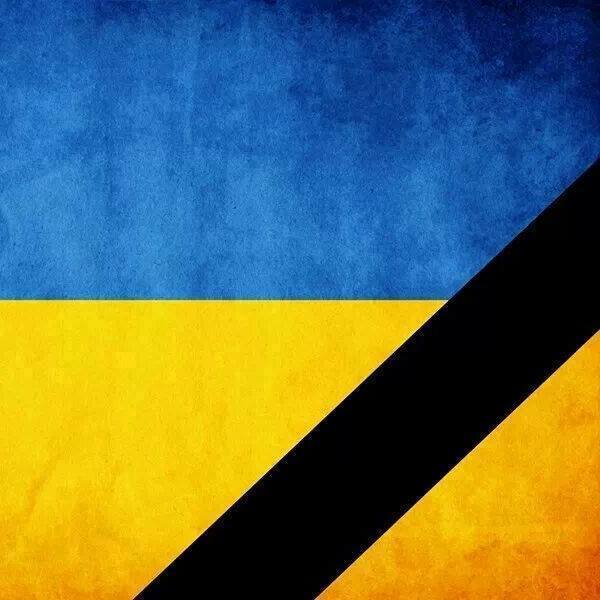