Such a coincidence!  I found this picture of Artemis/Diana on the FreeRepublic thread about my “Why can’t I keep my insurance?” post below, and just had to chime in.  Those round thingies have been mistaken for breasts for centuries, and there even exist fountains made in the Renaissance in which nipples are added and water shoots forth from each “breast”.  Thus, this image of Artemis/Diana has been used as an allegory for the welfare state, with “a boob for every suckling welfare piglet”.

Coincidentally, just Saturday I was in a conversation about this very thing, and it turns out that the round thingies that Artemis/Diana has around her neck are NOT boobs.

They are a necklace of the TESTICLES of her slaughtered victims.  Remember, Diana is the HUNTRESS.

Isn’t this little bit of allegory perfect?  People are drawn to and then snuggle up to Artemis (the welfare state) attracted by the boob-like thingies, thinking that she is going to suckle them with her sweet milk of free s***, and then CHOP!  Their testicles are added to her necklace.

Life lesson #8753:  You had better learn to tell the difference between boobs and testicles. 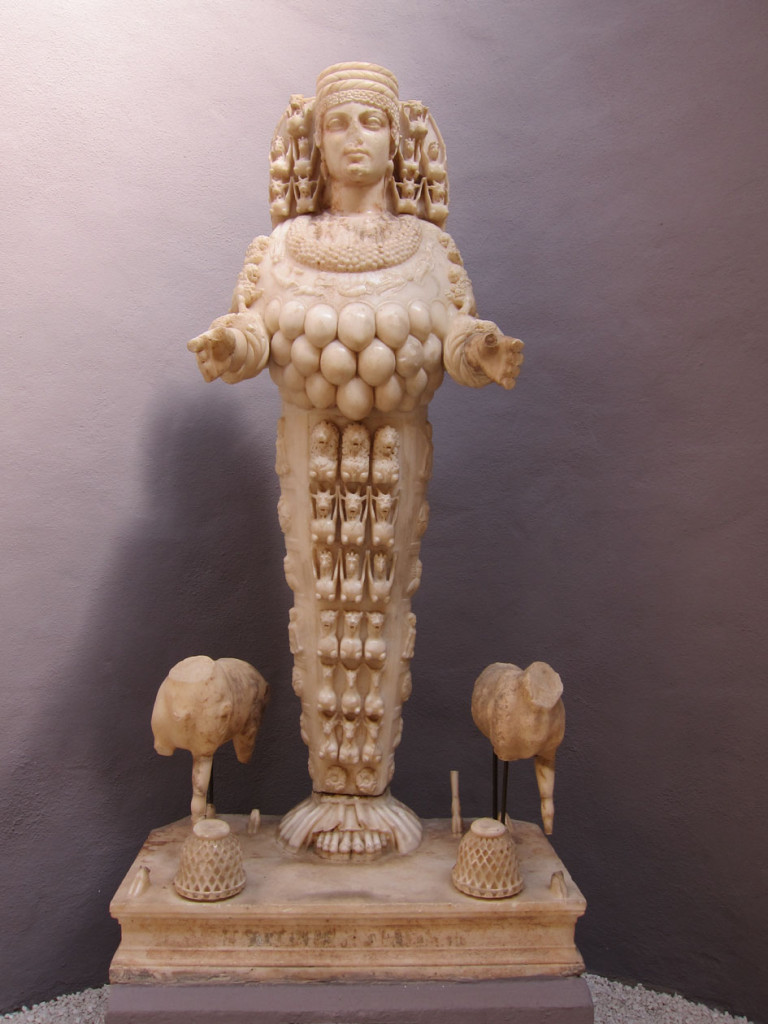