Originally penned and posted on January 13, ARSH 2013.  Bit o’ language in this one.  It is also now permalinked on “The One About…” page.

I caught an interesting factoid while reading a story about Algore selling his Marxist agitprop cable station to Al Jazeera last week. When it was first reported that Gore was selling CurrentTV, it was reported that CurrentTV received cable and satellite licensing revenues of $0.12 per month per subscriber – that is the pinch of incense you people who had CurrentTV included in your cable/sat package were paying to Algore. It mattered not that you never, ever turned CurrentTV on, or even knew that it was included in your package. Your $0.12 per month multiplied together put $80 million per year in cashflows into Algore’s hands in order to spread his evil, satanic filth.

The interesting factoid released last week was that cable/sat licensing revenues comprised 80% of CurrentTV’s revenue, with the other 20% coming from on-air advertising. I did not realize that these channels were THAT budgetarily dependent on the cable/sat fees. I would have thought that advertising revenue was in excess of 50% of their total revenue. I was very, very wrong in that assumption.

The point is, you people are paying for this crap, and they are TOTALLY dependent on your monthly pinches of incense. You and your tacit consent via your continued patronage of the cable/sat market are absolutely, positively, without question the entire driving force behind all of it. If they lose the cable/sat licensing revenues, it’s lights out, right now. The ad revenue is not even close to sufficient to keep them afloat. That’s just the walking around money to them.

How ironic that they are making the lion’s share of their money off of people who never, ever watch their channel, but are too apathetic to withdraw their consent and their dollars.  And it isn’t just Algore and CurrentTV.  It is MTV and their utterly satanic sewage.  It is the “gay” channel.  It is Oprah’s neo-pagan cult channel – rotting the brains and souls out of one middle-aged suburban Kathy at a time.  It is MSNBC.  It is FoxNews and its insidious ploy to dupe people like you into thinking that the Republic is still intact, and that “Republicans” are actually fighting against the Obama regime, and that all of this will be straightened out once we “take back the Senate and maybe even the White House!”, and that the Obama regime is merely an incompetent, left-of-center historical speedbump.  Rah! Rah!  Yay America!  It’s bread and circuses for people like you – people with 20 IQ points on the average “Dancing With the Stars” viewer.  O’Reilly, Krauthammer, Kelley, Hannity – none of these people will touch the truth with a ten foot pole, and never will.  Because the Truth in days like these leads to toilet scrubbing.  “Centrist moderation”, aka lying by both commission and omission, leads to eight-figure annual pay packages.  They have made their choice, you must make your choice.  I damn sure have made mine.

YOU made this psychopathic monster a nine-figure millionaire. If that doesn’t convince you of the need to TURN THE SHIT OFF, then I just don’t know what to say. 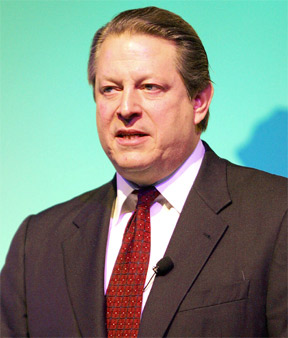 This man is a psychopath and a predator. YOU have made him a nine-figure millionaire. YOU. Because you refuse to cancel your cable/satellite. When I say “Iniquitous Gutter Republic”, I mean it.