By popular demand!   You are bidding on Ann Barnhardt’s **NON-HALAL** Silicone Basting Brush of Intolerance and Dismissal.  You didn’t think I was actually serious when I said I had a basting brush of “encounter and dialogue”, did you?   This basting brush is certified and guaranteed to be 136% **NON-HALAL**.  First, it was MY basting brush, so just by association with me, it will absolutely contaminate everything with which it comes in contact with my nuclear-strength cooties, which are guaranteed to positively enrage a certain non-existent Bedouin-pagan moon diety.  Youbetcha.  That fake moon diety is, as we speak, sharpening her non-existent head-chopping sword, just waiting to swoop down out of the sky and relieve the lucky buyer of their braincase.  Adding to the non-existent diety’s rage is the fact that this basting brush has been used to baste various cuts of the sweet, sweet meat of the swine, as well as lard piecrusts.  Nom nom nom.  In fact, it might have even basted the swine with an ALCOHOL concoction! If, like me, you take intense joy in inciting the wrath of non-existent mascots of evil, totalitarian, imbecilic political systems, this silicone basting brush is for you.  If you are intolerant of evil, and simply dismiss anything that is illogical, irrational and not rooted in reality; if you refuse to compromise or equivocate with false premises and error, then look no further!  You have found your dream kitchen gadget.  ***Disclaimer:  This silicone basting brush is French, manufactured by Le Creuset.  While it does indeed have a bad attitude and may hurl insults and epithets at you when in one of its Frenchy “moods”, it does not lack in courage.  Also, in keeping with its Frenchness, it must be promptly and regularly washed, which is almost always against its will, or else it will stink like a damp dog that is fed nothing but rotten cheese.  No reserve.  Free shipping.  Ann Barnhardt has Tridentine Masses offered for and prays daily for her benefactors, bidders and supporters. 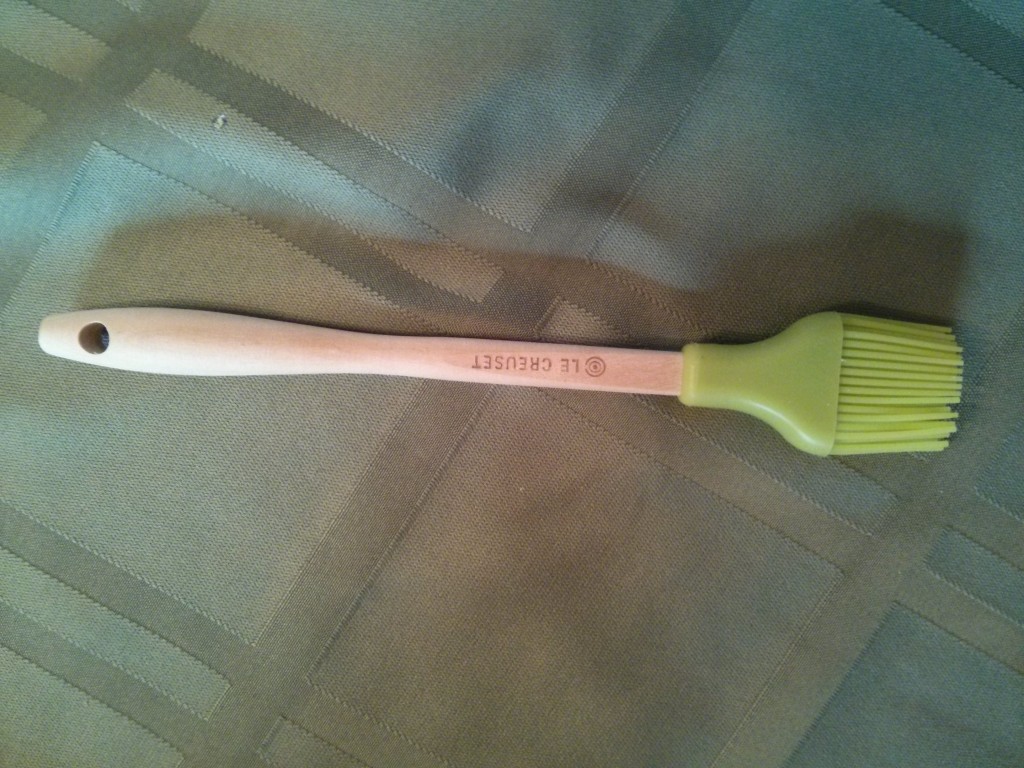 Nothing enrages a non-existent pagan deity like a French-made basting brush imbued with hog grease.