This story and pull quote from Our Sunday Visitor News is making the rounds, and it is flatly untrue:

This is the penultimate paragraph:

Cardinal Pell told OSV News he was himself “completely devoted” to Tridentine Mass, which he said he “celebrated each day.” 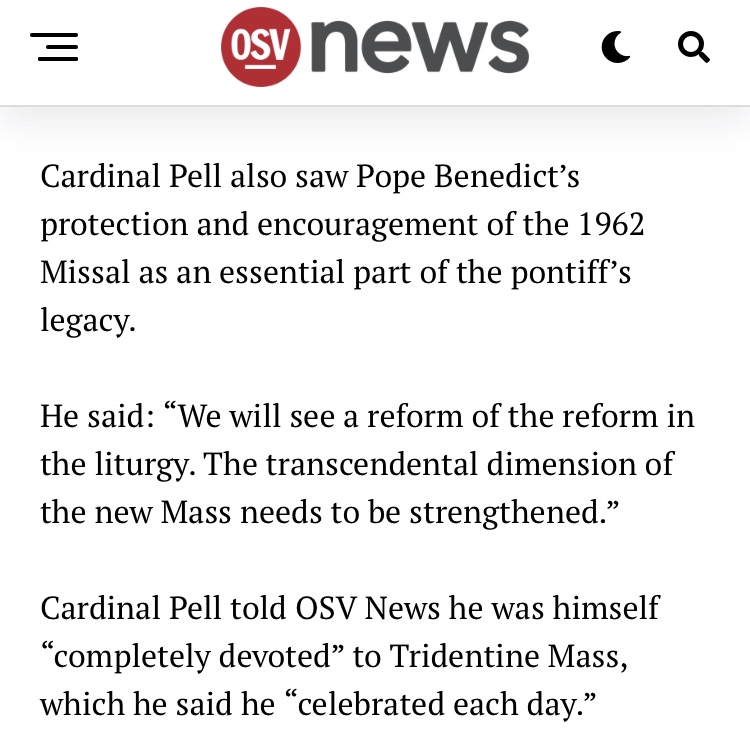 I don’t know if this is a case of people getting their terminology crossed, or somebody lying. But here is what I have been told by eyewitness sources in Rome, who frequently visited ++Pell’s home:

“Cardinal Pell celebrated the TLM fewer than ten times in his life, probably.”

He simply did not celebrate the TLM “each day”. To say that he did is objectively false. His daily Mass was the Novus Ordo to the end of his life, and he had only celebrated the TLM a few times in his entire life.

I hope Our Sunday Visitor will confirm this fact with ++Pell’s secretary and correct their piece.