There are LOTS of clerics and not a few prelates, and at this point a plurality of the Remnant Faithful, who know and believe that Jorge Bergoglio is not and never has been the Pope – an Antipope. I was told many years ago by a Vatican insider that there were “two to three dozen” Cardinals that “suspected that Bergoglio wasn’t the Pope”. Quite a few of those Cardinals have died, and most have crossed the voting threshold of Age 80 by now, not surprisingly.

What every single one of these men have said about the situation is this: “We just have to wait for him [Bergoglio] to die.” This toxic mindset of indifference and despair has spread throughout the Remnant Faithful, pushed hard by Trad Inc. and its self-anointed thought leaders, several of which are now exposing themselves as schismatics (denying the Papacy and/or the need to be in union with the Vicar of Christ on earth), sedevacantists, and some even as full-blown militant apostates.

Some talking heads are now trying to re-write history, claiming that the Church’s historical response to Antipopes was to just “wait it out”. I have no idea where these people are getting this, because it is so utterly and completely false that I struggle to find the words to adequately describe it. The Church has AGGRESSIVELY sought to resolve Antipapacies – and there have been DOZENS of them – such that nearly every Antipapacy has been identified and rectified WHILE THE ANTIPOPE WAS YET ALIVE AND CLAIMING THE PETRINE SEE.  This is why the case of Antipope Anacletus II is so remarkable – he was one of the only Antipopes to die unrepentant of his crime.

This all comes to mind as we heard the news this past week of the death of Mr. David Allen Bawden who went by “Pope Michael”. There was an unconfirmed rumor floating about that Mr. Bawden repented on his deathbed, received the Sacraments, and died reconciled to The Church. We pray this is true, as he seemed like a very decent, albeit misguided, chap.

This brings us to Jorge Mario Bergoglio. Yes, as he is now he is a despicable man – one of the most evil men alive today, and in the history of the Church. Revolting in every sense. HOWEVER, he is loved infinitely by God, who died for Bergoglio with the same infinite specificity as He died for you. Christ’s infinite Mercy is every bit as available to Jorge Bergoglio as it is to you. Jorge Bergoglio’s sins could be instantly subsumed in the ocean of Our Lord’s Most Precious Blood.

So, someone please explain to me why it is that most people today have declared that Jorge Bergoglio is irredeemable, a complete lost cause, and that HOLY MOTHER CHURCH HERSELF has no interest in attempting to correct him and get him back into his Baptismal Garment? That no one should even TRY to correct Bergoglio and get him back into the Catholic Church and the State of Grace?

Let’s leave to the side for just a moment the entire question of the unspeakable damage to souls that this man has done and continues to do, and will continue to do after his death through the scandal of his Luciferian anti-magisterium. Just for a second, let’s do what NO ONE is doing. Let’s consider Jorge Mario Bergoglio himself as a human being.

The position that Jorge Bergoglio is beyond redemption and MUST be written-off as lost to hell WHILE HE IS YET VERY MUCH ALIVE is 100% totally contrary to the fundamental essence of Christianity. This is a huge reason why Holy Mother Church has ALWAYS aggressively sought to rectify and end all previous Antipapacies: for the good of the usurper himself, as well as for the good of the Church Militant in toto.

Do we honestly believe that Our Lord, the Good Shepherd, looks upon Jorge Mario Bergoglio, lost sheep as he is, and is saying, “Nah. I don’t give a damn about THAT ONE. Let THAT ONE go. Don’t even try, don’t even bother.” IF that applies to Antipope Bergoglio, if Bergoglio is a total write-off in the eyes of Jesus Christ, I wonder, who ELSE might be declared a “total write-off”? Are we seeing the horrific scandal that this position incites? There are two types of scandal: scandal that incites others to sin, and scandal that incites others to LOSE THEIR FAITH. If churchmen and professional Catholics openly despair a man who has not yet died and COULD EASILY repent, be shriven and totally reconciled to Jesus Christ and His Holy Church before any of us sit down to dinner tonight, then what about anyone else? To say that Antipope Bergoglio has no access to the Sacraments is every bit as absurd as saying… that there are no black cassocks in Rome.

Do we honestly believe that the entire Church Triumphant would NOT celebrate the repentance of a sinner so great as Jorge Mario Bergoglio? I have said for many years now that Antipope Jorge Mario Bergoglio COULD be the Anti-Judas Iscariot – COULD BE. But it seems that everyone has decided that the spiritual works of mercy are no longer a thing. Admonishing the sinner? NAH. DON’T EVEN BOTHER. Just wait for him to die. It’s SOOOO much easier that way. And besides, that’s what The Church has always done….

Except that is what The Church has NEVER, EVER done. Because that is totally antithetical to the Church’s entire mission and raison d’être. The Church exists for the Salvation of Souls, including Antipope Jorge Bergoglio’s – for his every bit as much as for yours and mine.

Let’s start calling out this evil, scandalous Calvinist double-predestination “born reprobate” heretical nonsense about indifferently surrendering Antipope Bergoglio to hell and “just waiting for him to die”, not only because it doesn’t solve the problem of resolving the Antipapacy, but because the Second Great Commandment DEMANDS that we do what the Church has always done with Antipopes – reconcile them to Jesus Christ and His Holy Church so that they might someday achieve the Beatific Vision. We love our neighbor for the love of God. God made Bergoglio, God incarnated for Bergoglio, God suffered and died for Bergoglio, God rose from the dead so that Bergoglio might be saved. Deny this true base premise, and it’s a short logical jump to wondering if YOU, ME or ANY OF US MIGHT BE SAVED.

Pray for the repose of the soul of David Allen Bawden.

Pray the Matthew 17:20 intention, the third petition of which is and always has been: that Antipope Bergoglio repent, revert to Catholicism, die in the state of grace in the fullness of time, and someday achieve the beatific vision. 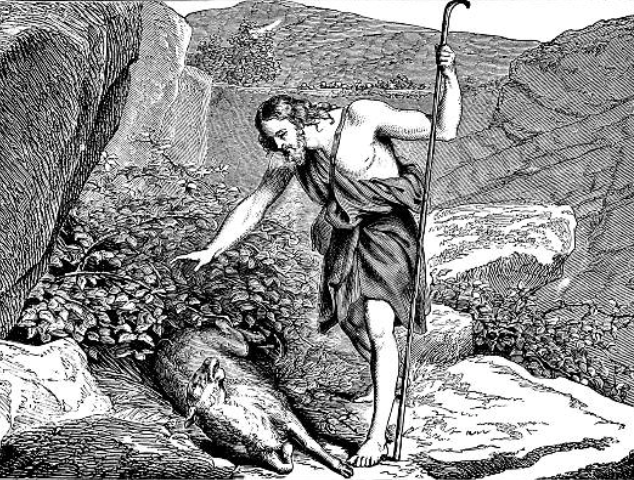