“One of the saddest lessons of history is this: If we’ve been bamboozled long enough, we tend to reject any evidence of the bamboozle. We’re no longer interested in finding out the truth. The bamboozle has captured us. It’s simply too painful to acknowledge, even to ourselves, that we’ve been taken. Once you give a charlatan power over you, you almost never get it back.”

THIS is exactly why we pray the Matthew 17:20 intention every day:

-that Pope Benedict XVI Ratzinger be publicly acknowledged as the uninterrupted one and only living Pope since his election in April of ARSH 2005;

-that Antipope Bergoglio repent, revert to Catholicism, die in a state of grace and someday achieve the Beatific Vision;

-and that Pope Benedict XVI repent, die in a state of grace, and someday achieve the Beatific Vision.

Because once you give a charlatan power, you rarely get it back without supernatural help. But the first step is to shed the pride and acknowledge that you have been had. 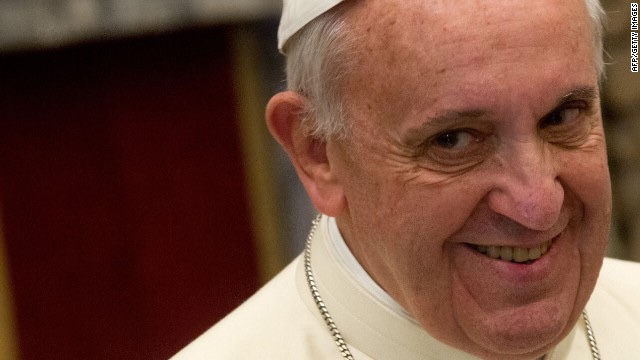 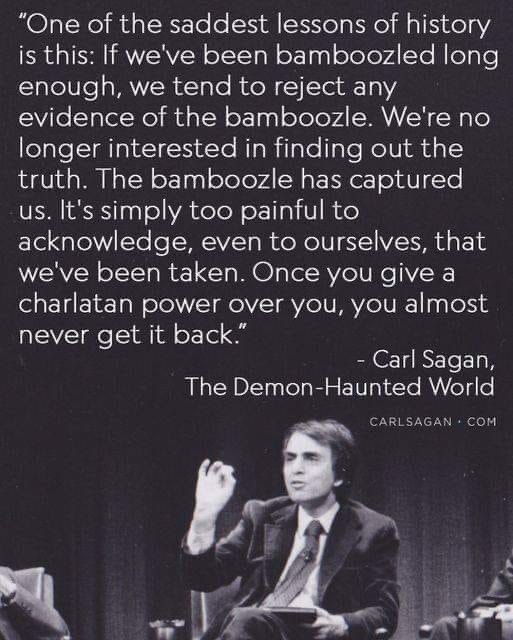