“Our conclusion is the following.  It is immediately of divine faith that this man in particular, lawfully elected and accepted by the Church, is the supreme pontiff and the successor of Peter, not only quoad se (in himself) but also quoad nos (in relation to us) —although it is made much more manifest quoad nos (to us) when de facto the pope defines something.  In practice, no Catholic disagrees with our conclusion [that his legitimacy is de fide], even though, when he considers it as a theoretical question, he might not think that he believes it with divine faith. (…)”

It is, by now, mendacious for these “Francis is Pope shut up stupid” partisans to keep perverting this excellent citation. Further, the perversion is such a clear deployment of the fallacy of “begging the question” that it is almost laughably sad. It is certainly embarrassing.

John of St. Thomas being both morally sane and of above-average intelligence explicitly makes LEGALITY and LEGITIMACY of an “election” the utterly essential pre-requisite for ANY discussion of the dynamic of “Universal Acceptance”.

Does it make ANY sense to you on ANY level that God Almighty would RATIFY an illegitimate, illegal, unlawful, canonically invalid papal election… as long as “everybody goes along with it”?

Guys, that notion: the total, violent upending and trashing of the Law and the Rule of Law, can only be described with one word: LUCIFERIAN.

There was no valid, legitimate, legal conclave in March ARSH 2013, because per Canon 359 the College of Cardinals has ZERO ability, capacity or competence to call a valid conclave WHILE THE SEE IS STILL OCCUPIED, and even if the College of Cardinals is unanimously and peacefully on-board with the illegal, illegitimate, invalid “359 non-conclave”, as John of St. Thomas makes perfectly clear, repeatedly, it makes absolutely zero difference to the ontological reality of the situation. Zero. No valid conclave, no “universal peaceful acceptance” dynamic in play. Period.

Americans very commonly mis-use the term “to beg the question” thinking that it means to “lead to the next question in a logical argument”. That is NOT what begging the question is.

Begging the question is when you assume and argue that the CONCLUSION of your argument is true, and thus, thinking BACKWARDS, insist that your ASSUMED conclusion proves the truth of your base premise.

This is how you get the jaw-droppingly false assertion that a “universally accepted” “conclave” proves infallibly that the conclave was legal whether it was or not, (and shut up you’re stoopid and ugly and crazy and wimmin ain’t allowed to talk in the Christian religion where’s my video game controller shut up).

THAT is begging the question, aka petitio principii, assuming the initial point.

This is day-one logic and dialectic. But, that all stopped being taught a long time ago. So much for them fancy college degrees, eh? 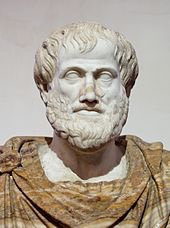 Aristotle is rolling his eyes.