The daughter of an ex-consul and orphaned at an early age, she was described as a noble and beautiful virgin. She so openly testified to her Christian faith that she could not escape the persecutions under Severus Alexander. Arrested and commanded to return to idolatry, she refused, whereupon she was subjected to various tortures and was finally beheaded.

These tortures according to her vita include being scourged. She was condemned to be devoured by wild beasts in the amphitheater but was miraculously untouched by them. She was then thrown onto a burning pyre, from which she also escaped unhurt, and was finally beheaded. Her hagiography asserts that some of her executioners also converted to Christianity and were themselves beheaded.

And pray for the Truckers. Word is that most trailers are filled with supplies, so when the truckers say, “We aren’t leaving until the dictatorship is over,” they aren’t kidding.

Praying for your possible captors and executioners IS NOT an expectation of failure – it is exactly the opposite.  WE KNOW that we have the victory, but we also know, as virile people grounded in reality, that EVERY WAR HAS PHYSICAL CASUALTIES.  But just because there are corporeal casualties, including possibly our own bodily death, doesn’t mean we don’t fight.  That would be EFFEMINATE.  Like St. Martina, we know death is nothing to fear, and death is often an opportunity to evangelize by example.  If we should find ourselves captive or being killed by the enemy, let us die with such calm, virile confidence that we convert even our executioners by sheer attraction to our Christian courage.  Courage. Fortitudo moralis. The fruit of the Third Sorrowful Mystery: the crowning of Our Lord with the Crown of Thorns. 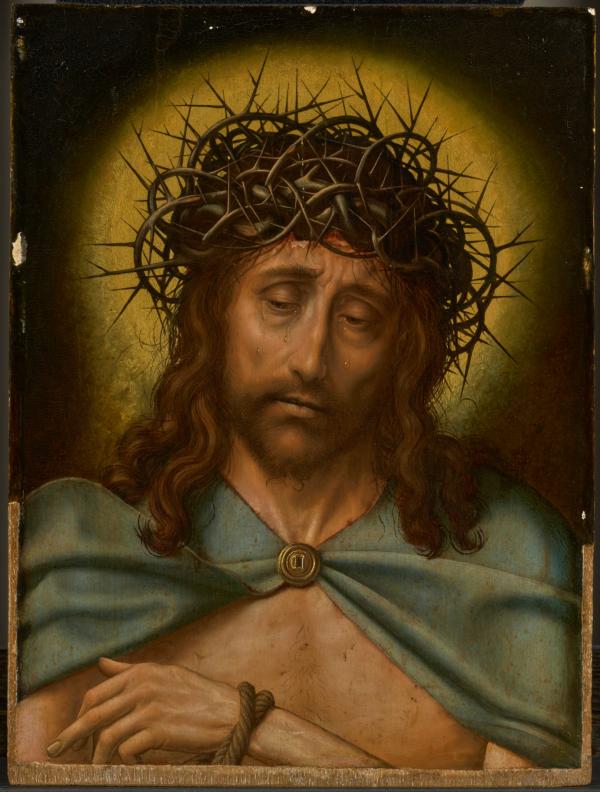 Christ as the Man of Sorrows, ca. ARSH 1520, Quentin Metsys

St. Martina, pray for us!

Lord Jesus Christ, Crowned with Thorns, have mercy on us!