Anger, hatred, jealousy and fear are the four emotions which constitute the emotional palette of Diabolical Narcissism. The one word that describes the synthesis of these emotional dynamics is SPITE.

And so, knowing that the Covidic religion is the single largest, fastest and most effective Diabolical Narcissist creation operation in human history, at this point outperforming Marxism and even the musloid political religion particularly in terms of sheer speed, the statement below is axiomatic:

The reason why so many DeathJabbed people are pushy and adamant about you getting the DeathJab too, is because deep-down they fear that they made a stupid mistake and don’t want to be alone with their freely-chosen error. If they go down, you have to go down with them. It’s inconceivable and enraging to them that you made the right choice and they did not. They followed “the scientism”. You HAVE to be wrong. Even if you are right, you MUST be DeathJabbed too so that everyone suffers equally.

Re-read that, and then substitute in the free choice that Lucifer and one-third of the angels made in declaring that they would not serve God and never, ever see the Beatific Vision if the Second Person of the Triune Godhead incarnated as a Man born of the Blessed Virgin Mary. It’s exactly the same dynamic. The Rebellious Angels chose poorly, and now want every other human being to suffer their eternal fate, to be damned, never to see God by their own incomprehensibly stupid and irreversible choice, out of pure, unquenchable SPITE.

What the DeathJabbed have going for them is the Blood of Christ – they can repent of what they have done before they die.

How infinitely good God is, and His infinite mercy extends even to those guilty of consciously suicidally attempting the risk of killing of their own bodies in service to the Freemasonic Covidic religion… IF THEY REPENT AND ARE CONVERTED/REVERTED TO CHRIST BEFORE THEY DIE. 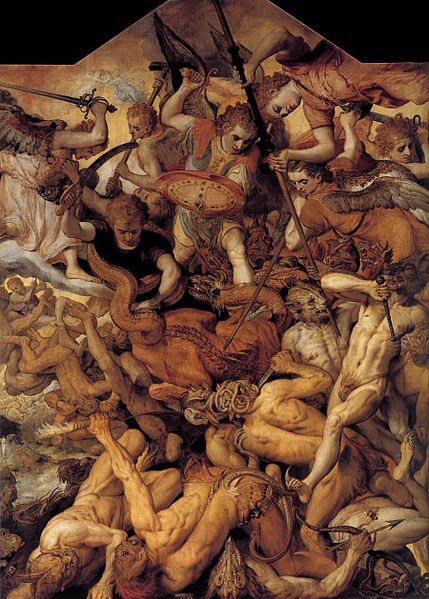