You compared the present insistence by the vaccine-poisoned that all must share their fate with the rebellion of Satan and his angels. I think an even better one is with Eve giving the fruit to Adam, especially as depicted in Milton’s ‘Paradise Lost’. C.S. Lewis in his ‘Preface to Paradise Lost’ describes this moment:

“The results of her fall begin at once. She thinks that earth is a long way from Heaven and God may not have seen her (811-16); the doom of Nonsense is already at work. Next she decides that she will not tell Adam about the fruit. She will exploit her secret to become his equal – or no, better still, his superior (817-25). The rebel is already aiming at tyranny. But presently she remembers that the fruit may, after all, be deadly. She decides that if she is to die, Adam must die with her; it is intolerable that he should be happy, and happy (who knows?) with another woman when she is gone. I am not sure that critics always notice the precise sin which Eve is now committing, yet there is no mystery about it. Its name in English is Murder. If the fruit is to produce deity Adam shall have none of it; she means to do a corner in divinity. But if it means death, then he must be made to eat it, in order that he may die – for that reason and no other, as her words make perfectly plain (826-30). And hardly has she made this resolve before she is congratulating herself upon it as a singular proof of the tenderness and magnanimity of her love (830-3).

If the precise movement of Eve’s mind at this point is not always noticed, that is because Milton’s truth to nature is here almost too great, and the reader is involved in the same illusion as Eve herself. The whole thing is so quick, each new element of folly, malice, and corruption enters so unobtrusively, so naturally, that it is hard to realize we have been watching the genesis of murder. We expect something more like Lady Macbeth’s ‘unsex me here’. But Lady Macbeth speaks thus after the intention of murder has already been fully formed in her mind. Milton is going close to the actual moment of decision. Thus, and not otherwise, does the mind turn to embrace evil. No man, perhaps, ever at first described to himself the act he was about to do as Murder, or Adultery, or Fraud, or Treachery, or Perversion; and when he hears it so described by other men he is (in a way) sincerely shocked and surprised. Those others ‘don’t understand’. If they knew what it had really been like for him, they would not use those crude ‘stock’ names. With a wink or a titter, or in a cloud of muddy emotion, the thing has slipped into his will as something not very extraordinary, something of which, rightly understood and in all his highly peculiar circumstances, he may even feel proud. If you or I, reader, ever commit a great crime, be sure we shall feel very much more like Eve than like Iago.” 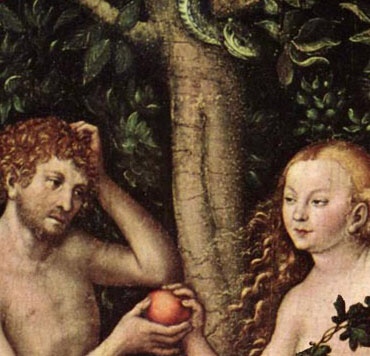 “But if it means death, then he must be made to eat it, in order that he may die – for that reason and no other, as her words make perfectly plain (826-30). And hardly has she made this resolve before she is congratulating herself upon it as a singular proof of the tenderness and magnanimity of her love.”