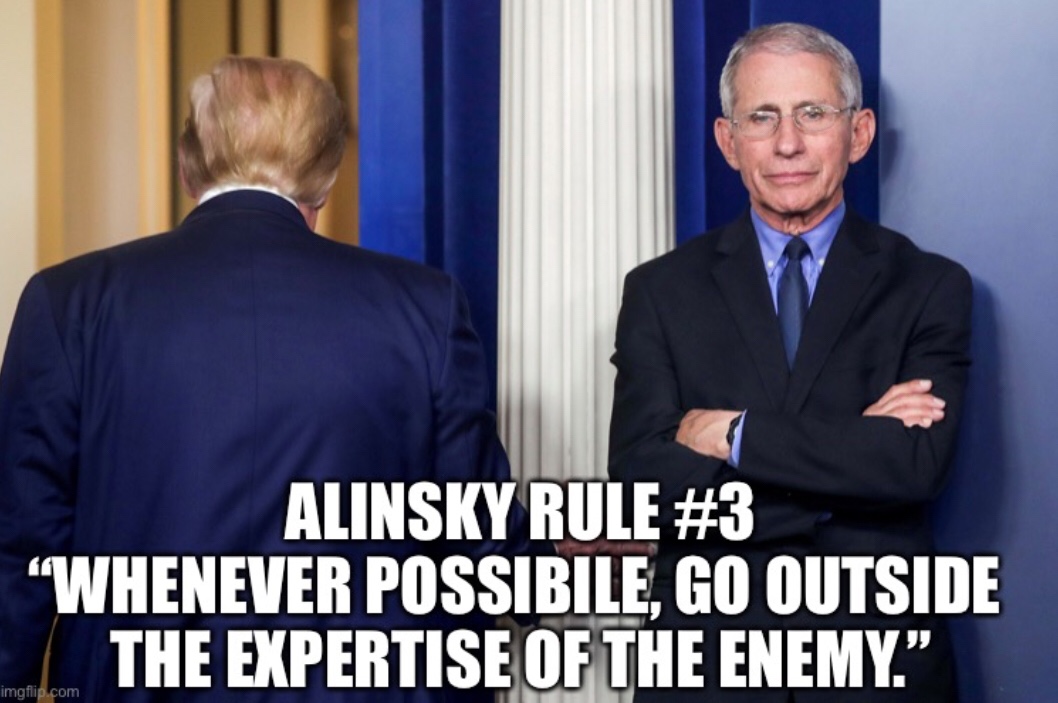 The Alinsky Rules for Radicals

Lest we forget at least an over-the-shoulder acknowledgment to the very first radical: from all our legends, mythology, and history (and who is to know where mythology leaves off and history begins— or which is which), the first radical known to man who rebelled against the establishment and did it so effectively that he at least won his own kingdom — Lucifer

1 “Power is not only what you have but what the enemy thinks you have.”

2 “Never go outside the expertise of your people.”

3 “Whenever possible go outside the expertise of the enemy.”

4 “Make the enemy live up to its own book of rules.”

5 “Ridicule is man’s most potent weapon. There is no defense. It is almost impossible to counterattack ridicule. Also it infuriates the opposition, who then react to your advantage.”

6 “A good tactic is one your people enjoy.”

7 “A tactic that drags on too long becomes a drag.”

9 “The threat is usually more terrifying than the thing itself. ”

10 “The major premise for tactics is the development of operations that will maintain a constant pressure upon the opposition.”

11 “If you push a negative hard and deep enough it will break through into its counterside; this is based on the principle that every positive has its negative.”

12 “The price of a successful attack is a constructive alternative.”

13 “Pick the target, freeze it, personalize it, and polarize it. “