Remember, the greatest rush that demoniacs feel is from openly manifesting their evil and then watching people let them get away with it.

Biden is obviously demented, but the pedophilia is intrinsic to him – he was sexually into children, including his own, according to his daughter, long before any brain injuries or dementia. So The Powers That Be placed a pedophile with rapidly fading self-censoring capability as the “president” of the “united states”.

I think at this point, this is a trolling operation. I think they are positively luxuriating in the utter refusal of the unwashed masses to do a damn thing to resist them in any way.

They can literally let their front puppet openly lust on a pre-pubescent child from the podium, and nobody bats an eye. And on a military base, no less.

Joe Biden has been slammed for ‘creepy’ remarks he made about a young girl during a speech at a Virginia military base on Friday.

The Commander-in-chief, 78, went off-script to point out the ‘elementary school- aged’ girl as he delivered an address at Joint Base Langley-Eustis ahead of Memorial Day.

‘I love those barrettes in your hair, man,’ the President said to the girl, who was sitting at the side of the stage. ‘I tell you what, look at her, she looks like she’s 19 years old, sitting there like a little lady with her legs crossed,’ Biden bizarrely continued. 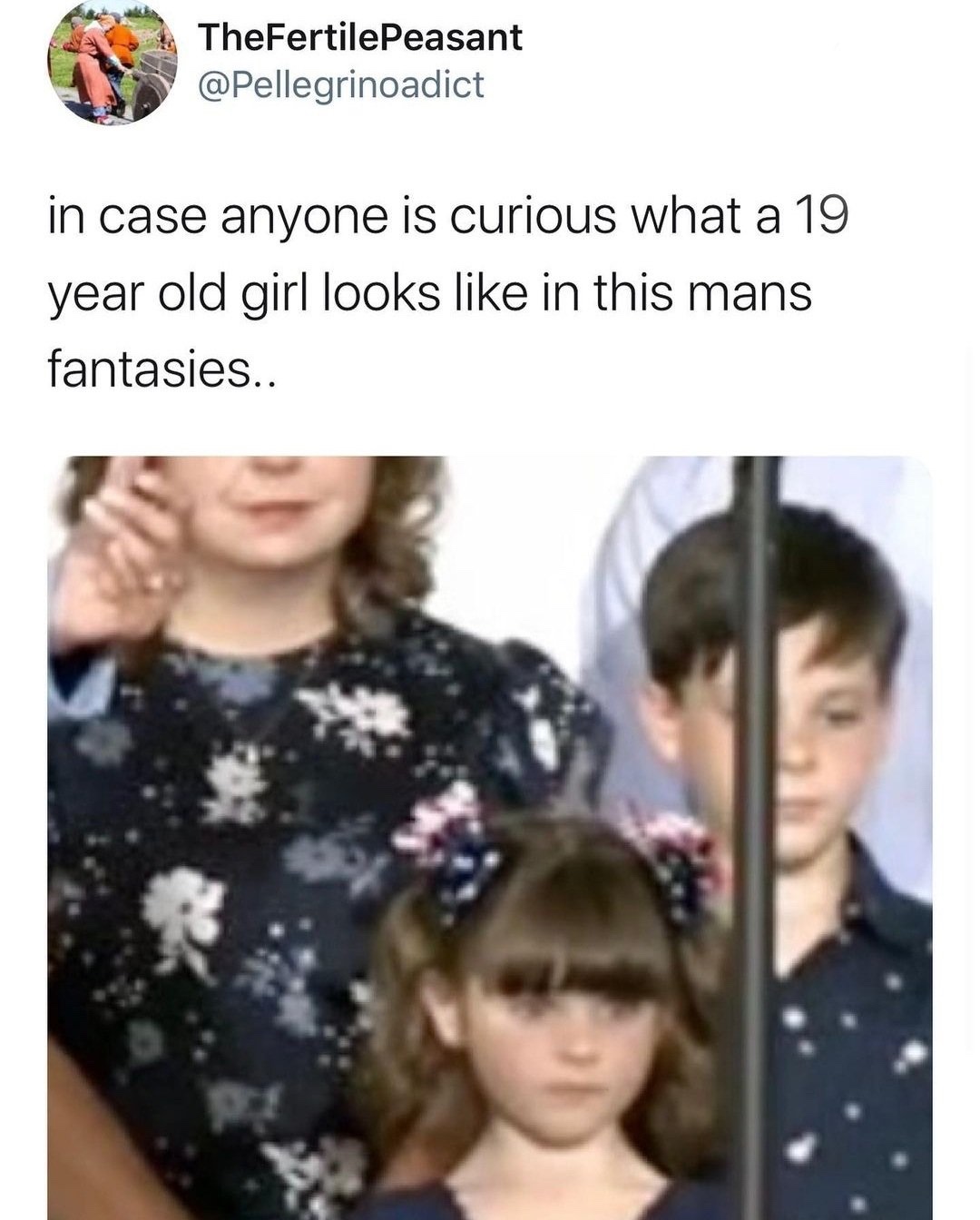