I couldn’t help but comment on the recent essay Steve Skojec posted about how traditional Catholics continue to “abuse” him because a parish priest did not give his children sacraments. I know there is another side to that story that we will never hear about, but my initial reaction was to truly feel sad for Mr. Skojec and his family. I realized that this very public emotional breakdown and what for all intents and purposes appears to be a public apostasy from the Roman Catholic faith was the fruit of the Antipope Bergolgio papacy.

I think this episode also shows how important the topic of identifying and defending the true Vicar of Christ is. Your efforts to expose the Truth is not an exercise in futility but has real and dire consequences.

Skojec’s public diatribe on issues, which most certainly should remain a private affair between him and his parish priest, was truly a cry for help after spending years attempting to reconcile the irreconcilable. If you truly believe that you are in the position of having to defend a man who claims to be the vicar of Christ, the father and spiritual leader of Christ’s visible Church on earth while at the same time that man does everything in his power to destroy that same Church, the intellectual and emotional fallout resulting from this illogical paradox and impossible position must be devastating. Sadly, if he just reconsidered his premises as you so often preach, rather than insist there is some way that 2+2 can equal 5, so much of this inner turmoil and anger would dry up and disappear like a dew drop in the desert. 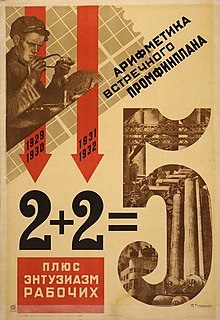 There is one other component to this I want to mention. Skojec and I are about the same age. I am a 43-year-old man who also grew up as a “cradle Catholic” in the post-Vatican 2 era who attended World Youth Day in Denver in the 1990s and went through periods of losing faith. We were essentially the first generation of boys to be raised and educated by pro-feminist, anti-patriarchal, pant-suit wearing nuns where the notion of true fatherhood was systematically dismantled on a daily basis. Our father figures, even if our biological fathers were still around (which was a crap shoot for many), were nevertheless practically replaced by professional athletes on television, horror movie and pornography stars found in VHS tape rental stores, GI Joe cartoons, and homosexual abusers placed in positions of authority. Unless you had a grandfather still around who could actually teach you how to do manly tasks and take you on real adventures, most of my generation of fellow-boys grew up in a totally morally bankrupt and effeminate culture that did everything to destroy what it means to be a man.

It is no wonder then that the Bergolgio Antipapacy has caused so much confusion and damage in the Church and society today. Once again, the Evil One, using Bergoglio, tells those same boys, now middle-aged men, that there is no real fatherhood—that it’s all a lie and pointless. Just as fake and unrealistic as those GI Joe cartoon heroes were in the 1980s, so is the idea of strong, fatherly leadership in the time of turmoil. The antipapacy of Bergoglio attempts to confirm for my generation that none of this is actually real, that you are left alone, wondering in the wilderness just waiting to get eaten by the wolves who are out to get you. The Church was wrong, Vatican 1 was wrong and the priesthood is just a bunch of rigid mini-tyrants. Life is pointless and so is everything you ever thought about manhood, reality and yes—even God and His Church.

Had Skojec just been open to considering the facts and arguments showing that 2+2 does equal 4, that Christ did establish a Church with a true vicar of Christ that is a solid rock upon which Truth is grounded, and that that vicar is and always has been Pope Benedict since 2005, I think so much of his confusion, despair and hopelessness would transform into zeal, courage and strength knowing that there is Truth out there that needs to be defended by real men. It truly brings a sense of purpose and freedom, despite all the evil around us, that God would never abandon us and that we are placed on this planet at this time for a reason.

Just some thoughts from someone who grew up in the same demographic and world as Skojec, but with a vastly different understanding of who Christ’s Vicar is on earth. Yes, Ann, this issue matters, and it matters a lot.