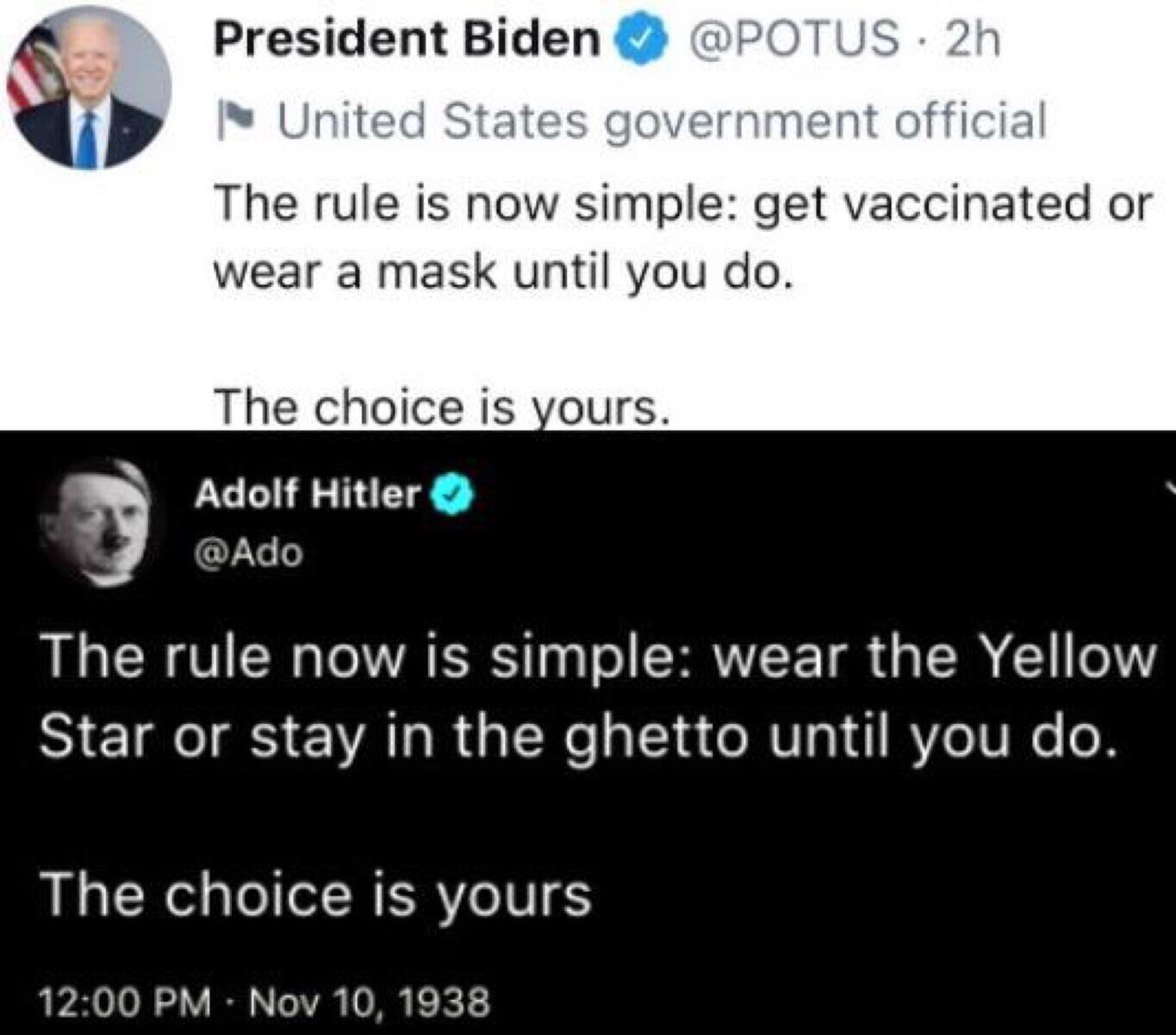 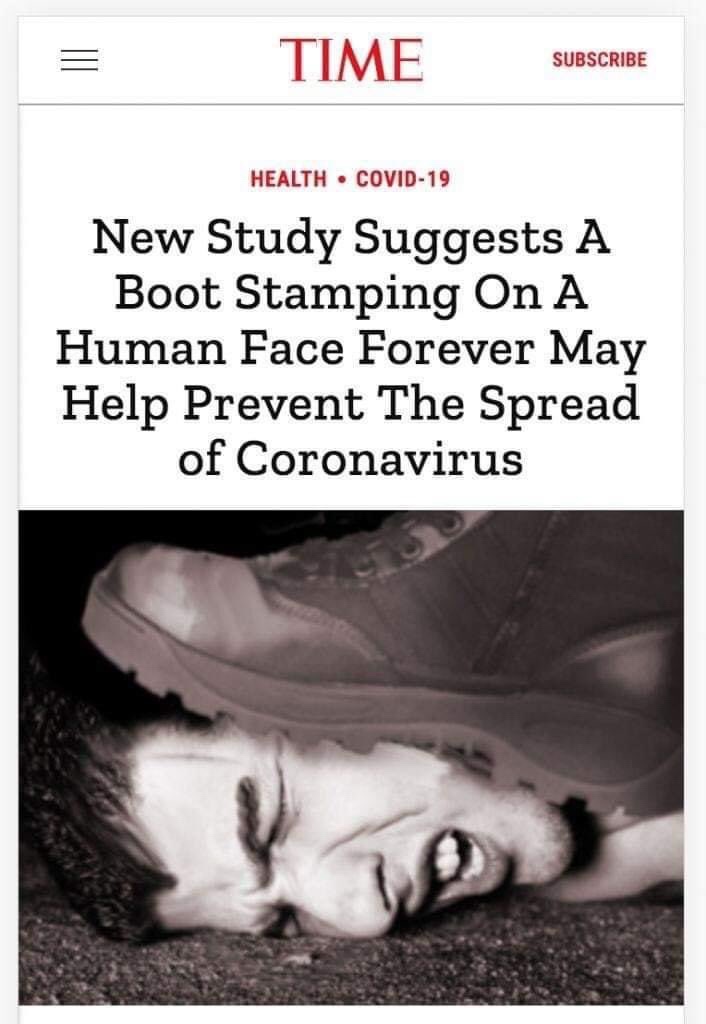 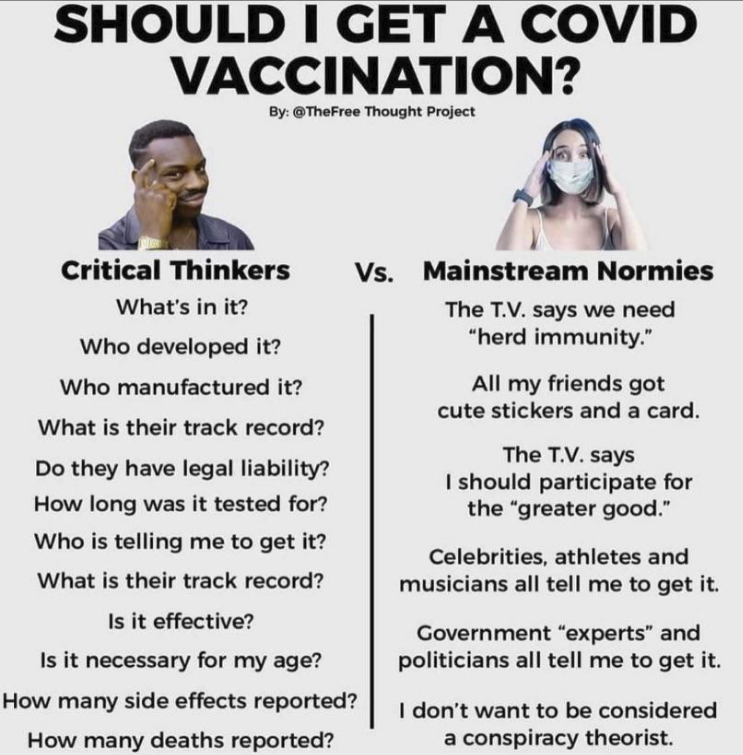 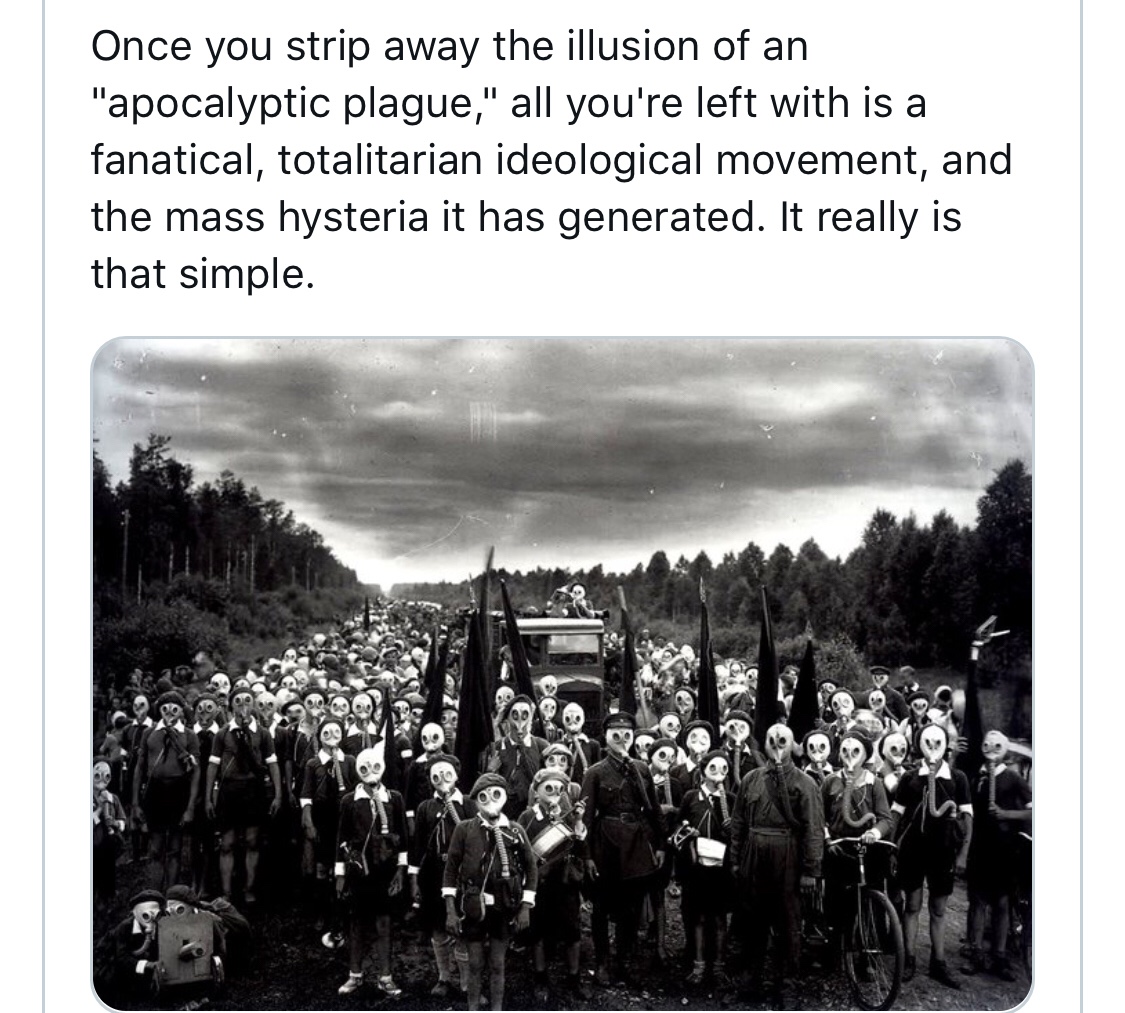 A lot of government pressure — and some rumors of actual legal coercion — to get you to take the vaccine, while government employees, who could be ordered to get vaccinated as a condition of their employment, refuse and are permitted to refuse.

Fauci firs says “a little bit over half” of his agency is vaccinated, then says “probably sixty percent.”

Sixty percent is not “a little bit” over half.

I take the first as more likely to be truthful, and I take his edging that up to sixty percent as a dishonest attempt to cover up for his first more-truthful estimate, after he realized the implications of it.

Rachel Walensky of the CDC refused to even answer! So you know the CDC is just as unvaccinated, or even more so!

Senator Burr asked Fauci, Peter Marks from the FDA, and @CDCDirector what percentage of their own employees are vaccinated.

Fauci probably a bit more than half, around 60%.

Marks said about the same.