Folks, it’s becoming clearer every day that Chris Ferrara’s sneering question, “Do you have a degree in theology, Miss Barnhardt?” might just be credentialism after all, because by the looks of it, almost no one with any sort of “ed-u-mah-ka-shun” can think their way out of a wet paper sack at this point.  To be unlettered IS A CREDENTIAL. Mindblower, eh?

Taking the DeathJab in any form is an obvious sin against PRUDENCE.

Let’s review the tactical situation briefly, shall we? And I say ‘briefly’ because this is so simple that there is no reason why this needs to be a 2500 word diatribe.

The billionaire oligarchy, led by Bill and Melinda Gates, George Soros, and Klaus Schwab have for DECADES been loudly proclaiming as their number-one agenda point that the human population MUST be reduced drastically, within a matter of a few decades, if not faster.  Their mantra for DECADES has been that the global population, currently at 7.7 billion, needs to be reduced to under one billion – as quickly and as soon as possible.

The Gates Foundation was proven to have maliciously sterilized millions of Kenyan women and girls under the cover of a “tetanus vaccine”.

The entire “climate change” movement is a very, very, VERY thinly veiled cover for human population reduction and installation of totalitarianism and total economic control. The sun controls global climate. Every rational human being knows this.

On October 18, ARSH 2019, the Gates Foundation held a final organizational meeting in New York City between oligarch NGOs, governments, BigPharma, and the Media, called Event 201.  The details of the CoronaVirus global fraud were laid out in detail, including the fictional backstory – only the location – Brazilian bats versus Chinese bats, was changed.  The most important tactical point drilled home in the Event201 planning session was the absolute necessity for the media to “FLOOD” the planet with terroristic fear-porn, non-stop. READ THIS LINK IF YOU READ NO OTHER IN THIS PIECE.

Covid-19 is immediately shown to be a potentially-severe deep chest cold for the frail elderly and people with co-morbidities (with OBESITY being number one), exactly like every other flu and chest cold since time immemorial.

The survival rate for Covid-19 is shown to be exactly the same as any chest cold: 99.97%

The CDC, WHO and all other entities in the post-Christian west quietly combined all influenzas, colds and bacterial pneumonias into the SAME CATEGORY, “PIC”, thus REBRANDING influenza, bacterial pneumonia and all seasonal colds as “PANDEMIC COVID”.  This is why influenza was statistically ERADICATED from the surface of the Earth in April ARSH 2020. All influenza deaths since April ARSH 2020 have been fraudulently re-branded “Covid” – GLOBALLY!

Within weeks – WEEKS-  governments and Pharmaceutical Companies announced that a “vaccine” would be available within months, and that THE ONLY POSSIBLE WAY OUT of total, permanent lockdown and economic death was THE HOLY VACCINE. Relentless propaganda FLOODING about the utter necessity of every person being “vaccinated” began IMMEDIATELY.

All “Covid Vaccines” are given global “emergency use authorization TOTALLY ILLEGALLY because  there are numerous safe, well-known drugs, especially Ivermectin and Hydroxychloroquine,  that have a massive success rate in both preventing AND treating “Covid/PIC”.  These drugs have been MALICIOUSLY AND INTENTIONALLY withheld from the public and even LYINGLY VILIFIED in order to maintain the public lie that THE HOLY VACCINE is the one and only way out.

Deaths, strokes, paralyses, miscarriages, bizarre uterine sloughing – including among women who are years post-menopausal, are reported in DROVES, orders of magnitude beyond any parameters triggering a total cessation of HUMAN TRIALS of any drug or vaccine.  ALL side-effects are waved off as either “not related” or “acceptable”.

Countless people who have been “vaccinated” continue to “test positive” and even become ill from “Covid”.  Fauci and the rest of the coven continue to preach that Coviet submission muzzles MUST be worn and that all “social distancing” and lockdown MUST be continued even by the “vaccinated”.  Real vaccines (i.e. smallpox, polio…) impart sterilizing immunity – the recipient can neither acquire nor spread (hence sterilizing) the virus in question.  Therefore this is OBVIOUSLY not a “vaccine”.

Massive direct coercion begins to rain down upon those who refuse to take the totally experimental and CLEARLY WILDLY DANGEROUS injections. Travel bans, exclusion from any public activity or space, and even REFUSAL OF THE SACRAMENTS are just some of the coercive measures already unfolding in just the very earliest days of the DeathJab.  CLEARLY the ability to buy and sell and hold any form of currency or debt instrument are QUICKLY going to be tied to “proof of vaccination”. Custody of minor children will also be tied to “vaccination”.

It is GLARINGLY, PATENTLY OBVIOUS that the DeathJab is NEFARIOUS, has NOTHING TO DO WITH ANY VIRUS OR PUBLIC HEALTH CONCERN, and is ALMOST METAPHYSICALLY CERTAIN to be at minimum THE vector for economic totalitarianism, and is beyond that almost certainly either a sterilant, and/or a toxic prelude to the release of another engineered virus which will incite fatality via cytokine storm when interfaced with the mRNA antibody tag, intended to result in an unprecedented genocide.

What possible, possible sense does it make to think the Bill and Melinda Gates and their coven of oligarchs suddenly want to PREVENT EVERY HUMAN BEING FROM DYING – even the super-geriatric with multiple comorbidities, when their entire agenda revolves around the rapid reduction of the human population from 7.7 billion to under one billion??

GIVEN ALL OF THIS, IT IS CLEAR THAT TO TAKE SUCH AN INJECTION IS A SIN AGAINST PRUDENCE BECAUSE IT IS:

If taking the DeathJab AT ALL is a sin against prudence, which we clearly see that it is, WHAT DOES IT MATTER IN THE IMMEDIATE SENSE WHETHER IT CONTAINS DEAD BABIES?

We have already logically established that NO MORALLY SANE PERSON can participate in this highly-probable genocide and OBVIOUS totalitarian maneuver.  The question ends there.  No additional tangents are even germane to the question.  The vaccine could be made out of smoked salmon dip, peanut butter, or dead babies and it is STILL a SIN AGAINST PRUDENCE to take it in the first place.

How can a parent of minor children, or ANYONE think they can play worse-than-Russian  roulette… in order to WHAT? Keep a job? Be able to fly? Be able to eat inside at The Cheesecake Factory?  You can’t justify it in any sane, rational way.  It’s a massive, obvious sin against PRUDENCE.

As always, my God, my God, I hope and pray that this helps. 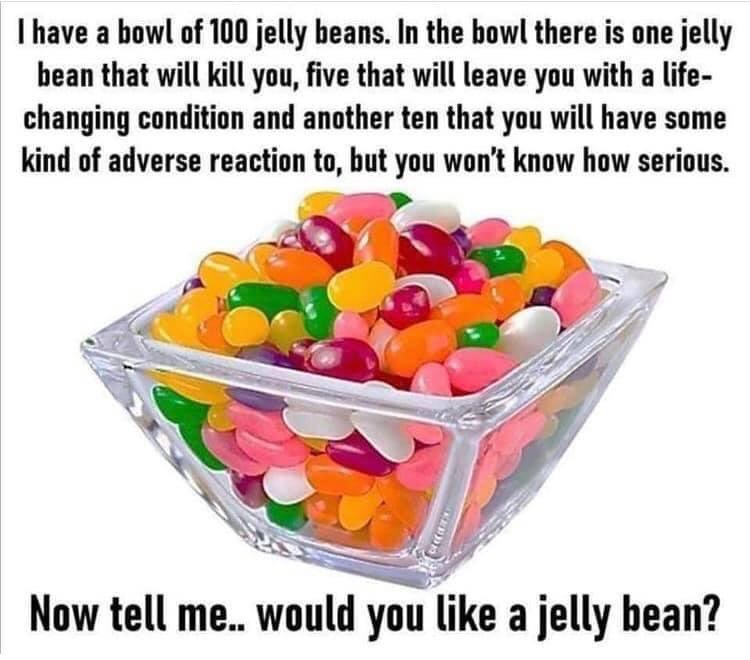 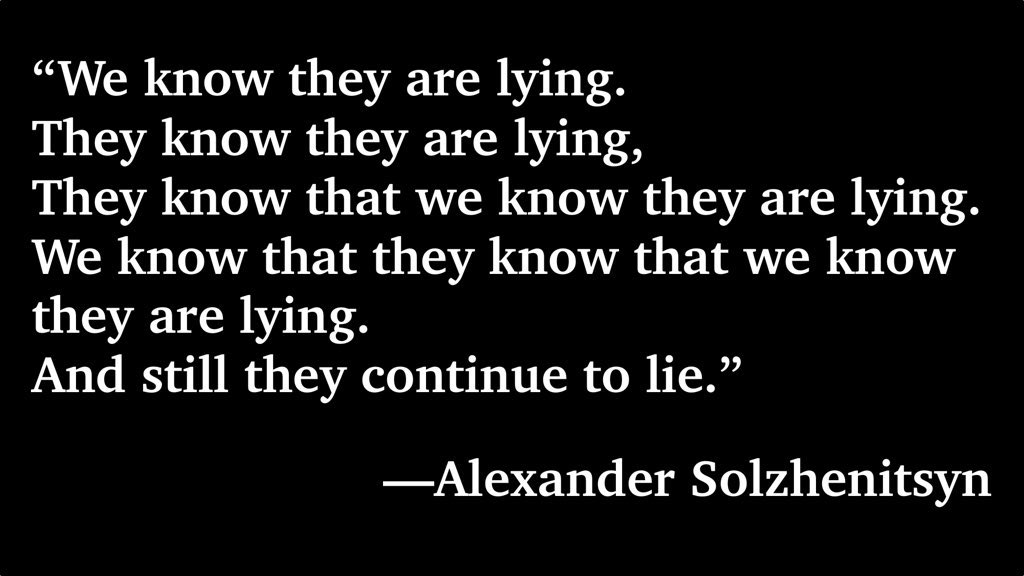 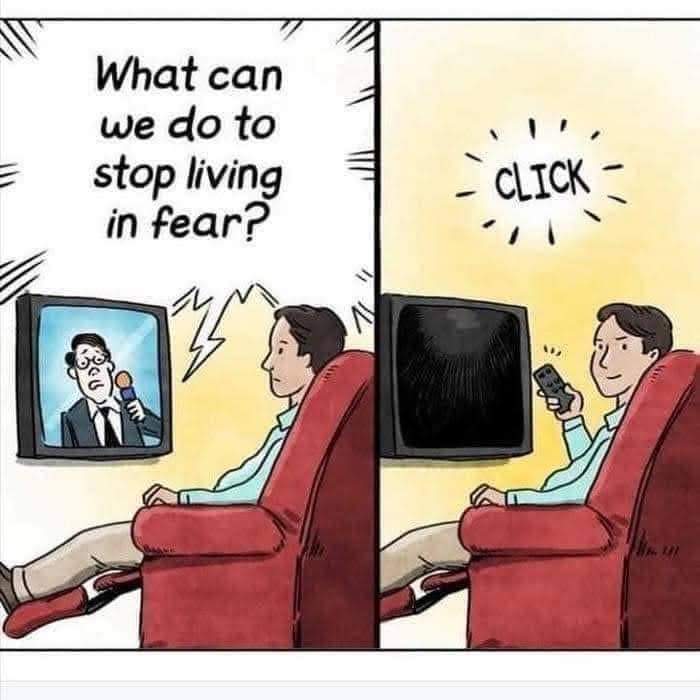 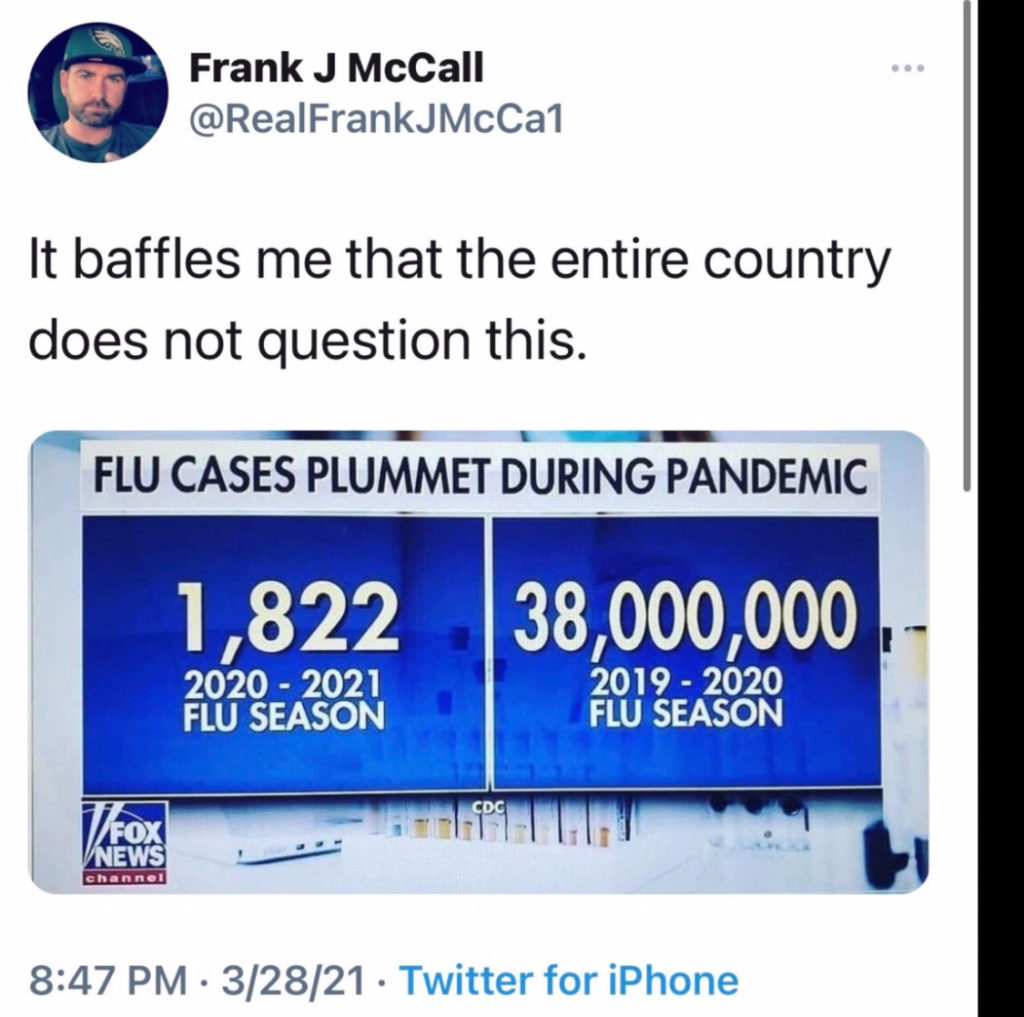 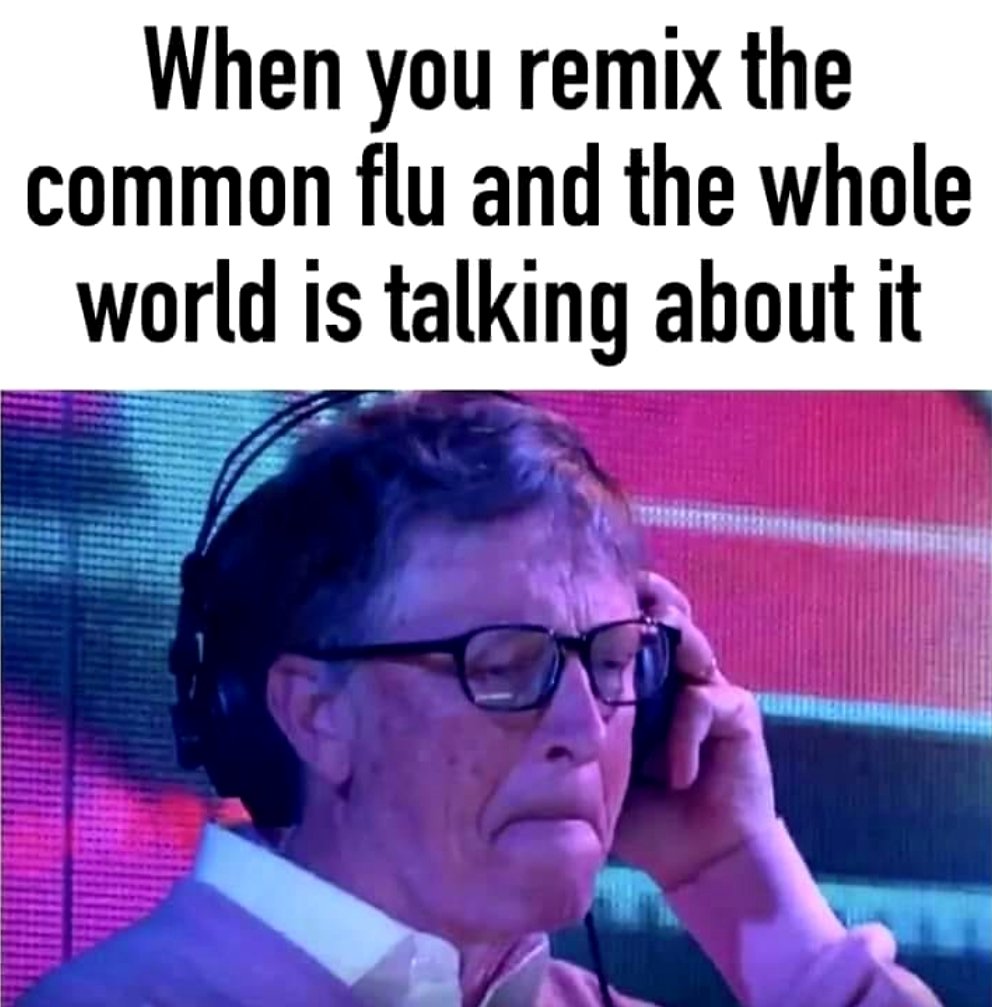 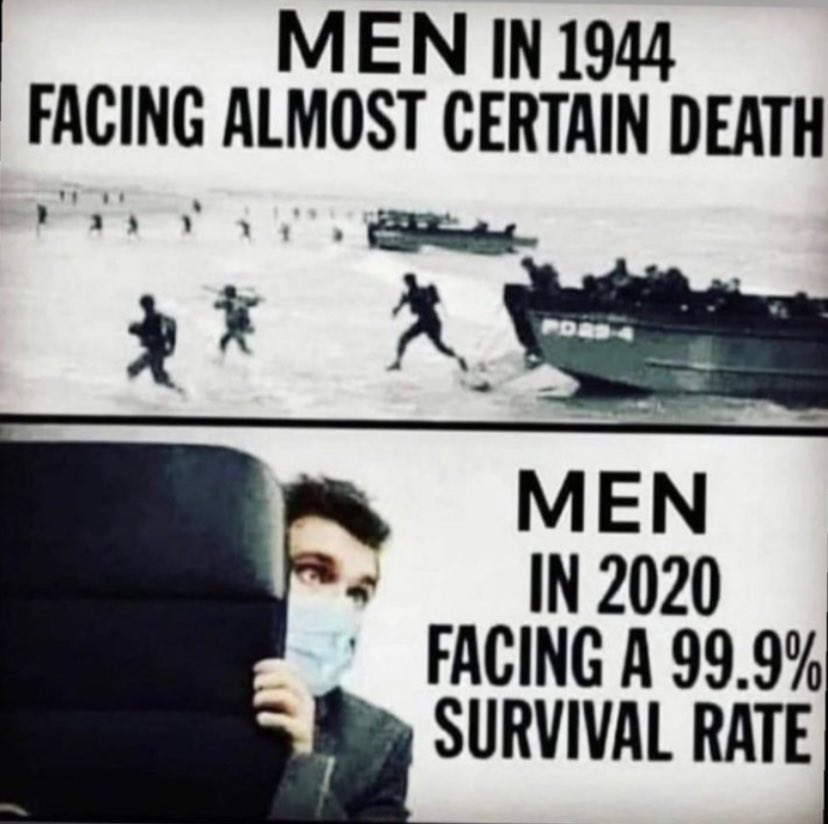 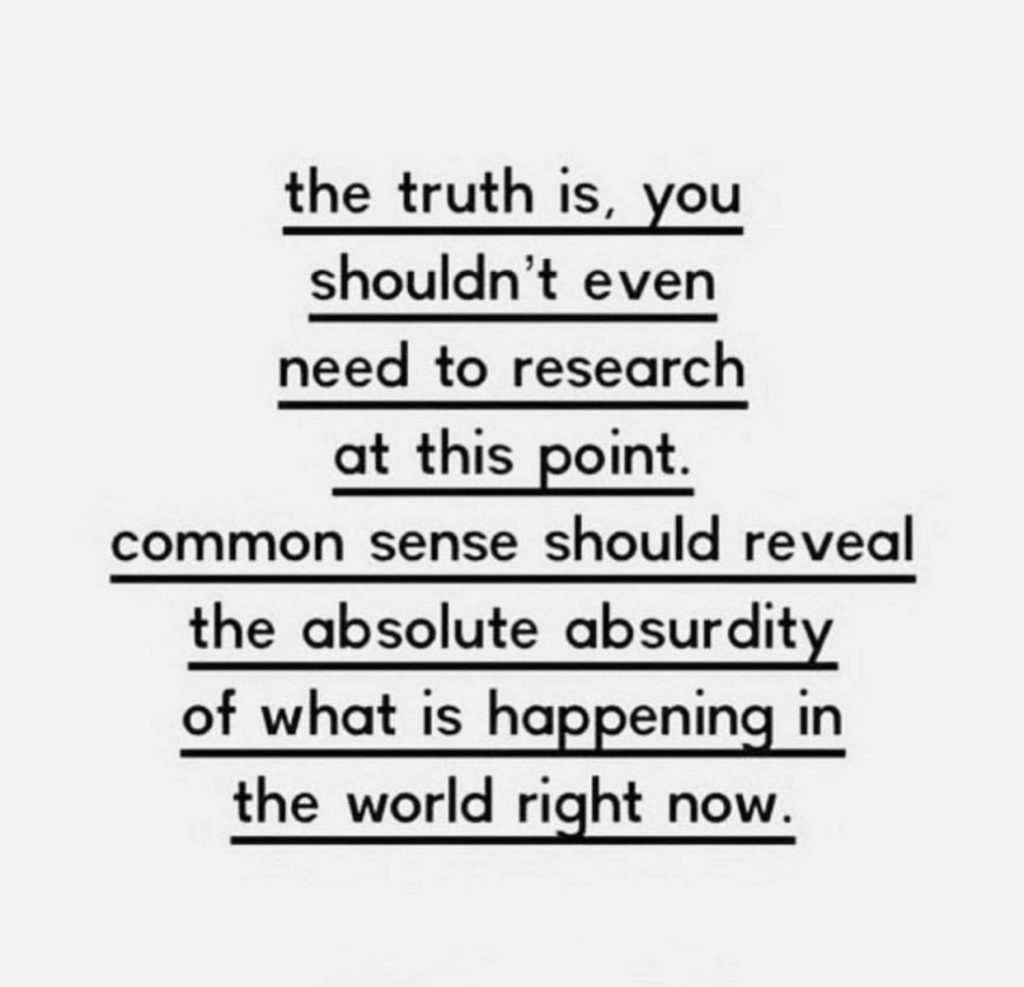 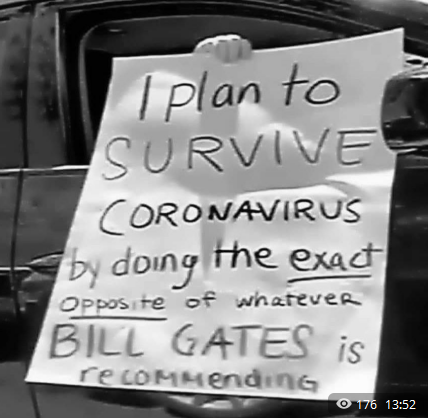