I was advised to write and distribute my “I’m not going to commit suicide” document a couple of years ago now, after being alerted (with documentary screen caps) that I was at risk, or at least being inadvertently set up, for being “suicided” by Trad, Inc. “Francis is Pope” partisans in private Facebook chatrooms.  Yes, it really is that insanely bad behind closed doors with those people.

A priest on my sizable distribution list’s response was, “YOU are just NOW doing this?? Welcome to the club.”

It occurred to me that I should publicly document one of my minor peculiarities for the record.  I am 100% right handed and wear my wristwatch on my right wrist, totally against convention.  I was given a red Snoopy wristwatch with a red plastic band for my fourth birthday (image below of the exact model).  I took it out of the box and put it on my right wrist, which seemed totally intuitive to me at the time, and the die was forever cast. I have worn my watch on my right hand, despite all excoriations, often by perfect strangers, for my entire life, and will until I die so long as I have a wristwatch to wear.  To put my watch on my left wrist feels, to me, like putting my shoes on the wrong feet. 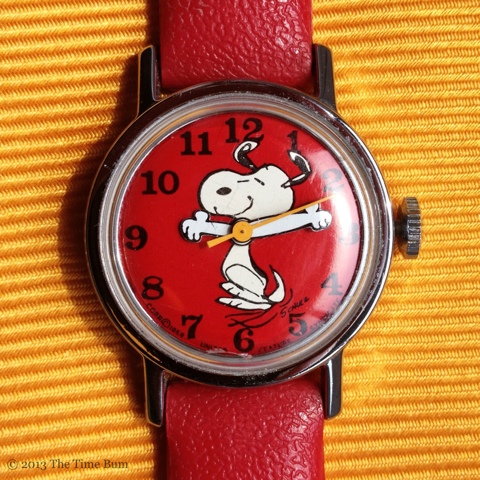 This is exactly the model of watch I was given in ARSH 1980 for my fourth birthday. Wearing it on my dominant (right) hand was and is yet more proof of my damnable indocility and pathological refusal to submit to earthly authority. Or something.

Today, I wear a worn, albeit beautiful, Rado watch with a plated ceramic band that I bought in the fall of ARSH 2004 for $1400. I bought it so I wouldn’t have to take it off to go through airport metal detectors – the links are ceramic, not metal, so it isn’t enough metal to set off metal detectors.  The original sapphire crystal fell off last summer, and it now has a very poor, and heavily scratched glass replacement crystal which I should eventually try to replace with another sapphire crystal – depending on the cost. But that is a VERY, VERY low priority, especially now.  My Rado is on its fourth battery in seventeen years.  Not bad.  And it keeps time as accurately as the atomic clock that the cellphone companies use.  I see no reason why it shouldn’t last the rest of my life, even if I live to natural old age.  A good watch is a good investment.  My watch and simple sterling silver Fleur de Lis earrings (which I don’t take out or change) are the only jewelry I wear. 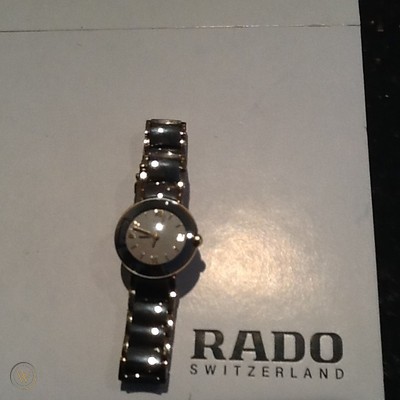 This is my model watch since ARSH 2004. Rado Drastar. On the right wrist.

Just for the record…. It can’t hurt to be thorough.