As I covered in my Diabolical Narcissism video presentation, one cause of Diabolical Narcissism is when a child is deified by their parent or parents. The DN that I had the misfortune of crossing paths with (but oh, the amount of information that I collected and was then able to share!) was a product of this dynamic. He was the firstborn with a photographic memory, and his parents literally called him “the Blessed George” (name changed) when he was a child. His family told me this, and that “George” was NEVER behaviorally corrected as a child, no matter how rude and hateful, and as he became a teenager, embarrassingly gay and bitchy, his behavior.

The thing about telling a child that they are “a god” is that eventually the child will figure out that they AREN’T a god, but they think they have to maintain the APPEARANCE of their own divinity. Self-loathing is the natural consequence. One of the primary ways the DN tries to maintain the fiction of their own “divinity” both to themselves and to others, is to make the firm, conscious decision to never, ever “stoop” to love another human being. Yep. The voluntary self-purgation of love from the soul. BINGO. Just like satan and the demons.

The deification of a child is THE most difficult to correct and deeply entrenched form of Diabolical Narcissism. It is, statistically, pretty much impossible to reverse without miraculous intervention. And the levels of psychopathy and sexual perversion it yields are some of the worst in the human race. The DN I crossed paths with ended up as one of if not the most notorious layman sodomites on the Rome/Vatican clerical gay scene, literally having sodomitical hook-ups inside St. Peter’s Basilica. Now you know at least a partial reason why CoronaScam has been permitted to happen and the Vatican and St. Peter’s are essentially empty. Our Lord finally had enough of faggots desecrating the Petrine Basilica. It’s the ultimate example of “why we can’t have nice things.”

I bring this up because I came across a quote from Tiger Woods’ father from when Tiger was still a child. Read this, and then understand why Woods became the psychopath sex pervert drug-addled train wreck that he did. Clinical psychologists would say, “He never stood a chance.”

“Please forgive me, but sometimes I get very emotional when I talk about my son … my heart fills with so much joy when I realise that this young man is going to help so many people. He will transcend this game and bring to the world a humanitarianism that has never been known before. The world will be a better place to live in by virtue of his existence and his presence. This is my treasure. Please accept it and use it wisely.”

Woods was stoned on drugs and bloated like a dead cow the day before his wreck. The police were not lying when they said he wasn’t drunk. Drunk means alcohol. Woods was almost certainly still stoned out of his gourd on prescription drugs. 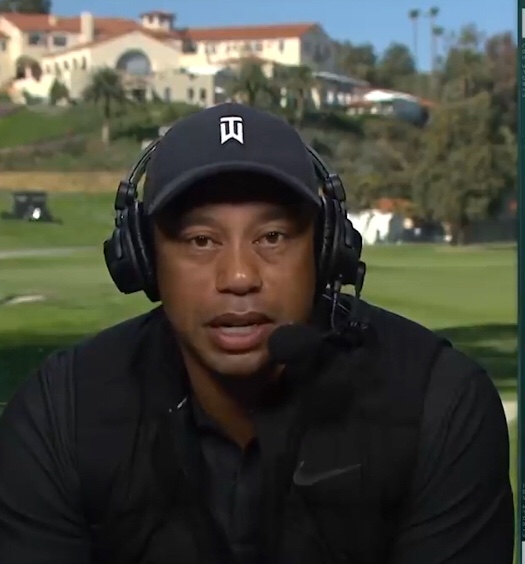 Given his narcissistic psychopathy and his Buddhist/atheist beliefs, he will probably not be able to handle not merely being out of golf, but probably permanently crippled to some degree. He seems an extremely high risk for suicide – not uncommon among DNs when faced with worldly “ruin”.

We should pray for him, because he really is one of the most impoverished people alive.