Do you remember Highlights Magazine from childhood? One of my favorite regular features in Highlights was the “Hidden Pictures” page. Well, it appears that Antonio Vedele liked hidden pictures too, so much so that he put them in his so-called pectoral cross, which we have already established is actually an icon of the Antichrist.

These two images came over the transom last evening:

First, let’s look at the empty space between the figure’s legs. What do we see looking back at us? An owl. Owls are a very common totem of the occult and witchcraft. 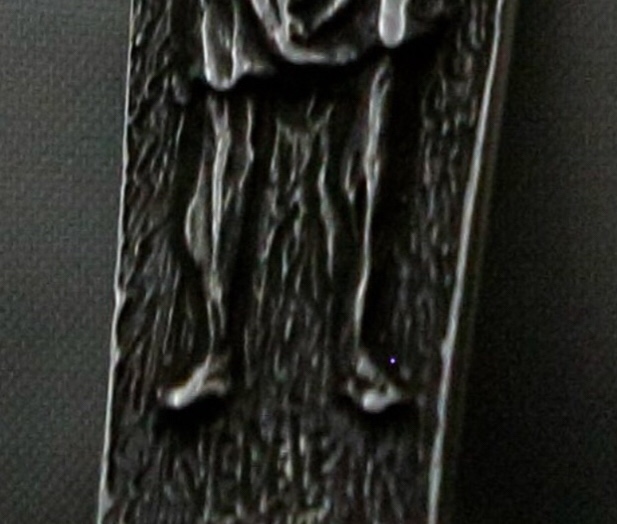 Now let’s look at the head of the figure. Everyone has noticed that it has a terrible zombie-like appearance with its empty eye sockets and frightening death mask expression. True. But what if you were wearing the icon of the Antichrist as a pectoral cross, like the Satanist Cardinal Bernardin or as Antipope Bergoglio wears it? What would you see if you looked down at it?

The head of the figure when viewed upside down and from above becomes the hideous grinning face of a demon. 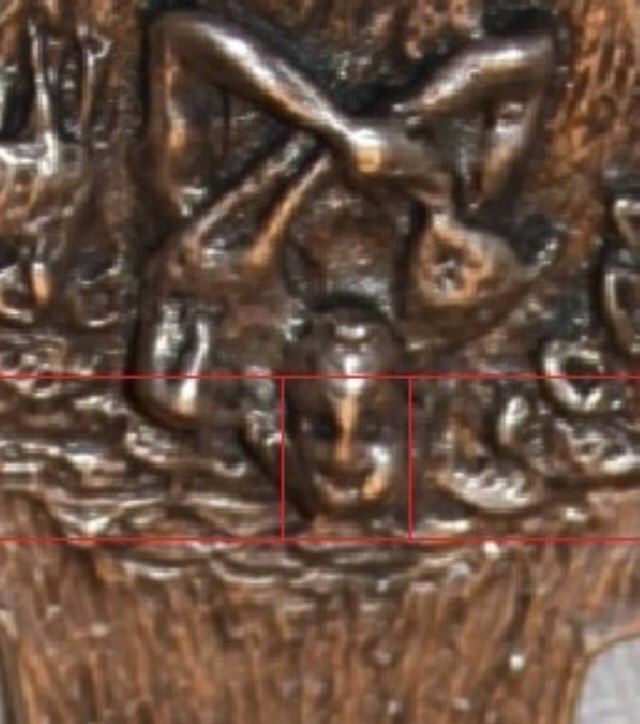 “Keep up the good work, Jorge.”

Finally, it is worth noting that other people have seen all of the things that we have pointed out. How do we know? Because there are “corrected” versions of the “Pope Francis Cross” for sale. Take a look at this “corrected” example and list all of the corrections: 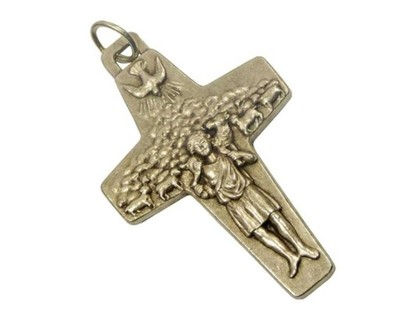 From top to bottom: the bird has been made into the traditional Holy Ghost dove form with appropriate light beams radiating downward; the fire/grass has been removed and the sheep are standing on solid ground; all of the animals are sheep, especially the animal on the far left which is a pig in the original; the face of the shepherd figure is normal; the shepherd figure is holding a sheep on his shoulders correctly with arms uncrossed; the shepherd’s tunic is normal with no phallic imagery; the legs are normal, although the leg on the viewer’s left is still canted – a clear acknowledgement of the demonic deformity in the original.

Now that can definitely pass as The Good Shepherd.

Like I said, satanists would wear something with overt yet sufficiently subtle imagery so as to be missed by most casual observers, and to even pass as something “holy”, which is the entire point. 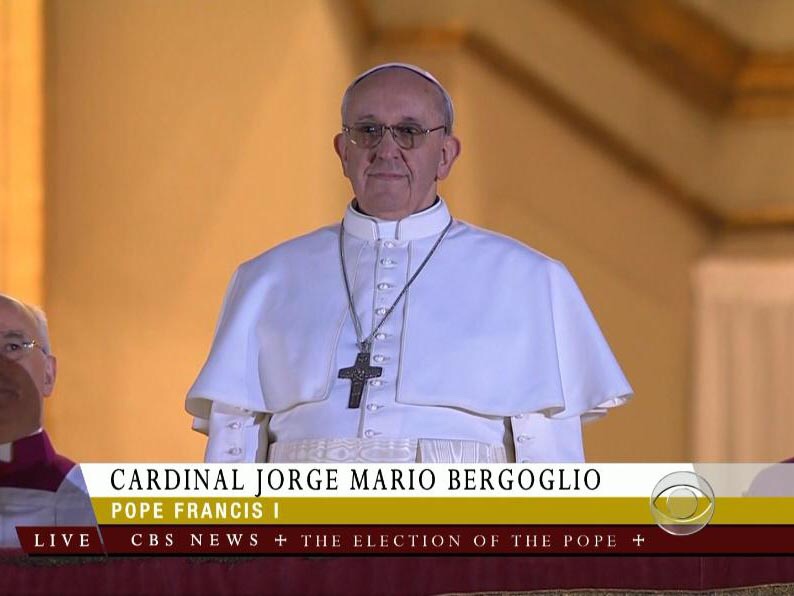