A thoughtful and self-objective take by reader Chris.

Interesting that this goes viral *after* the thing has run its course and the permanent damage is done. It’s almost as though someone wanted us to know what they’d gotten away with:

The thing is, whoever the point man in Q was, he was definitely close to the President. There were cell phone pics from AF1, inside information, very specific predictions that proved accurate (offset by reams of hopium fantasy), and many unique “proofs” — like the Wag the Dog-esque scene with POTUS shoe-horning the term “tippy top” into an Easter presser after someone on 4Chan challenged Q to make POTUS say it. And then there was MAGA martyr Michael Flynn, the lifelong Democrat/sudden Republican, pledging his eternal allegiance to QAnon on video in July. This was definitely more than a LARP. By all appearances, it was a well-designed, Soviet-inspired pacification operation with cooperation at the highest-levels.

And really, when you look back on the last four years with clear eyes, it’s painfully obvious that for many of us, our first instincts about Donald Trump were accurate. The entire Trump presidency was one continuous pacification operation. Just off the top of my head, here are some MAGA-era highlights:

* A string of terrible hires and appointments, from the Bolshevik “Mad Dog” Mattis to Christopher Wray to William Barr to the loathsome Dr. Fauci.

* Keeping Fauci on as he torpedoed the US economy and the Trump presidency.

* Three weak SCOTUS appointments, two of whom were practically unopposed by the Democrats.

* Signed a second disastrous stimulus/budget bill after threatening a veto, without getting a single concession.

* Support for “red flag” laws that give the FBI the power to strip individual 2A rights at their sole discretion, without trial (get ready for that one).

* Support for a bump-stock ban, which allows the ATF to arbitrarily classify accessories and gun parts as banned weapons (this has already been extended to AR-15 pistols under his administration).

* The bumbling, utterly incompetent effort to fight and expose the most ridiculously blatant election heist in US history.

* The non-existent effort to stop said election theft before it happened, in spite of a published and widely publicized blueprint detailing EXACTLY how it would be done (see the Transition Integrity Project).

* The non-existent effort to stop the EXACT SAME THING from happening in two Senate runoff races in Georgia, with control of the Senate in the balance.

* Never once raising the issue of high-cycle PCR tests, even after China effectively eliminated the “pandemic” through proper testing standards.

* No DOJ investigation of the Great Nursing Home Massacre of 2020, and barely any mention of it at all.

* Operation: Warp Speed and the relentless promotion of untested injections posing as vaccines.

* Increased funding for Planned Parenthood in every year of his presidency (without any budget battles or threatened shutdowns over it).

* The disingenuous defunding of the WHO, then redirecting that precise amount to the Gates/WHO sponsored GAVI Alliance.

* No pardon for Julian Assange, without whom there is no Trump White House.

* A legacy of short-lived Executive Orders, all of which have been or will be wiped away with the stroke of Joe Biden’s autopen.

Again, this is off the top of my head. A comprehensive list would take hours to research and compile, and it would fill several single-spaced pages. But this one makes the point. And it has led to one very disturbing question: Why did President Trump call for a mass gathering of his supporters in DC on January 6th? What he was demanding from Mike Pence was impossible and illegal. The idea that the VP had the power to “do the right thing” and declare Trump the winner was always a fiction. So what hypothetical good was going to come from that rally on that day? What was the point?

I know what I think. I think it was a setup for the staged “insurrection” that will be used in the days and years ahead to criminalize opposition to the leftist fundamental transformation of the United States. That last part really isn’t any kind of prediction, since it’s technically already begun.

For me, the inescapable conclusion is that we were conned from Day One by a master con artisan. How good was he? So good that he was able to make millions of people betray their instincts and line up behind him, myself included. I was once banned from a prominent conservative forum in 2016 for shouting from the rooftops at the top of my lungs that Donald Trump was a globalist mole out to finish off the Republican Party for good. His 2011 conversion from liberal NYC celebrity socialite to fire-breathing birther was as transparent as glass. The man supported partial birth abortion, socialized medicine, and the nationalization of banks all recently enough that you can find high-definition 1080P video of him saying so on YouTube. Only after the 2010 midterms did he break ground on his next construction project: building himself up as the conservative savior. It was obvious he was setting the stage for a disruptive run for the White House (I underestimated how disruptive… I thought it would end in a third-party candidacy). I knew who he was, I knew what he was doing all along…

And yet, I went on to vote for him twice anyway. I donated to his campaign, attended two rallies in support of him, I organized a Rosary for his re-election at my parish (and not just one mystery… all three + a Divine Mercy Chaplet), and permanently alienated family members in his defense. As I type this, I have a red Make America Great Again coffee mug sitting on my desk, a Trump hat hanging from my dart board, and a Trump flag in my garage (it’s rolled up now). I’ll keep these things around to remind myself that I bear as much responsibility for the fall of the republic as any non-binary flag-burning leftist tweaker misfit or the most die-hard, MAGA flag-waving, Lee Greenwood-blasting-from-his-pickup deplorable out there. We all did this. The republic fell because we — all of us, with very few exceptions — couldn’t keep it. That’s just the ugly truth of the thing.

I do take a modicum of comfort in one thing: It wasn’t just any garden-variety con that brought the United States to its knees. This con was the stuff Trojan Horse legends are made of. It was big, brash, and loud, entertaining as hell at times, maddening as hell at others, and always riveting. And the ratings were off-the-charts. It achieved the impossible and put both CNN and MSNBC in the black. It rescued Stephen Colbert from Thicke of the Night oblivion. It packed stadiums and speedways and airfields like a Led Zeppelin reunion tour. It was a spectacle. A tour-de-force. A con to end all cons.

When you really think about it, they couldn’t have found a more perfect man to play the lead. 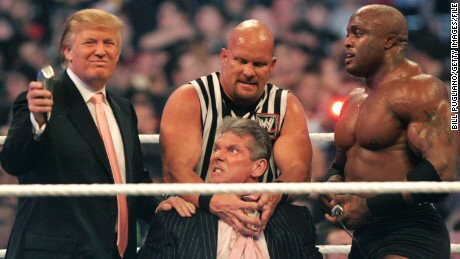 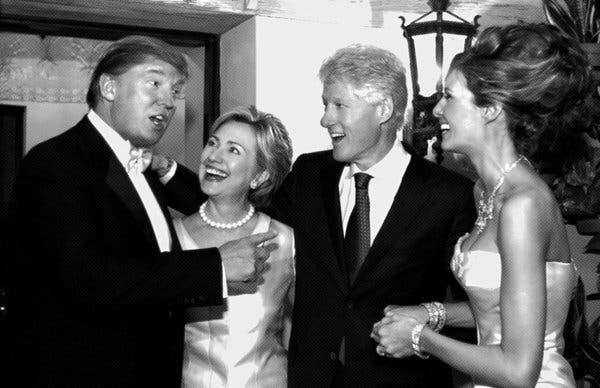