Covidism Grand Imam Fauci has a LOOOOOONG history of killing people by withholding and blocking effective, safe, proven drugs in favor of extremely expensive murderous drugs under patent to his BigPharma co-conspirators.  He has also forbidden ANY study of face diaper efficacy as “immoral”.  Well, turns out the Danes did it, and have now published findings.

Denninger’s summary is the best.

Here’s the opening, and note Denninger’s point about this being a class-action lawsuit dream.  Masks are actively, provably dangerous, and every employee forced to wear them, and every airline passenger, etc. who gets ANY viral or BACTERIAL infection could sue eventually, assuming the Rule of Law is ever re-established without supernatural intervention. and there is anyone left alive after the genocide and war to sue.

And remember what the term “controlled” means in terms of scientific method: one group wears masks, the other group does not.  The people who didn’t wear petri dishes strapped to their blowholes are called the “control group”. Any scientific experimentation without a control is worthless.  If there is no control, then bias will cause the experimenter to use non-falsifiable argumentation.  Control groups totally destroy deception via non-falsification, which is why there is a war against THE SCIENTIFIC METHOD AND CONTROL GROUPS now.  Humanity is regressing to PRE-CLASSICAL superstition and irrationality before our eyes.

Robert Grosseteste, Bishop and Confessor, pray for us.

Dr. Fauci repeatedly stated that he would not fund or allow random controlled trials for masks because that would be “unethical.” This is exactly the sort of bull**** he ran during the original AIDS years in the 1980s and early 1990s when he actively worked to deny Bactrim to AIDS patients who had a high risk of PCP, which routinely killed said patients. We knew Bactrim worked to stop PCP in immune-compromised people because we had been using it for more than five years at that point in Leukemia patients, and in fact it is one of the major factors that caused leukemia to become a much more-survivable disease.

Over 30,000 Americans were shoved in the hole as a result of that denial — until it was eventually reversed when Fauci’s “recommendation” was dropped and overridden. At the same time AZT, which was a failed cancer drug that failed safety trials — that is, Phase 1 — was pushed hard by the same Dr. Fauci. AZT was later shown to be a direct DNA poison. In the meantime, however, it was tremendously profitable since it was an on-patent drug while Bactrim was off-patent and thus cheap.

Well, now we have the same thing here. Annals published the study despite other journals refusing to do so. It is not hard to see why the others refused; the confidence interval shows that there is a very real possibility that masks might increase infection rates by as much as 23%.

.Post-hoc computation was even worse:

If you don’t know how to read that I’ll do it for you — there was no statistical improvement whatsoever between those who reported wearing face masks exactly as instructed and the control group. The confidence interval was extraordinarily wide and statistically centered on 1.0, or no effect, with a possible range of from ~44% improvement to a 54% increase in risk.

On the face of the scientific evidence masks are worthless.

Not that we needed this study to know. Masks failed in 1918, a fact that the Washington Post mentioned in April from the historical record and in fact there is 40 years of hard science that says they do not work, as I’ve noted, even in operating rooms where everyone is presumed to follow protocol as they are all trained medical professionals and the surrounding area is sterile, eliminating confounding factors.

But the reason this study was blackballed by a number of journals is actually in the data itself; it is a plaintiff’s bar dream. Having the confidence interval cross 1.0 simply proves statistical worthlessness. Having it do so to such a large degree means employers who have mandated masks are suddenly open to massive lawsuits from employees who got Covid while under an employer mandate and there is a decent chance the employers will lose. 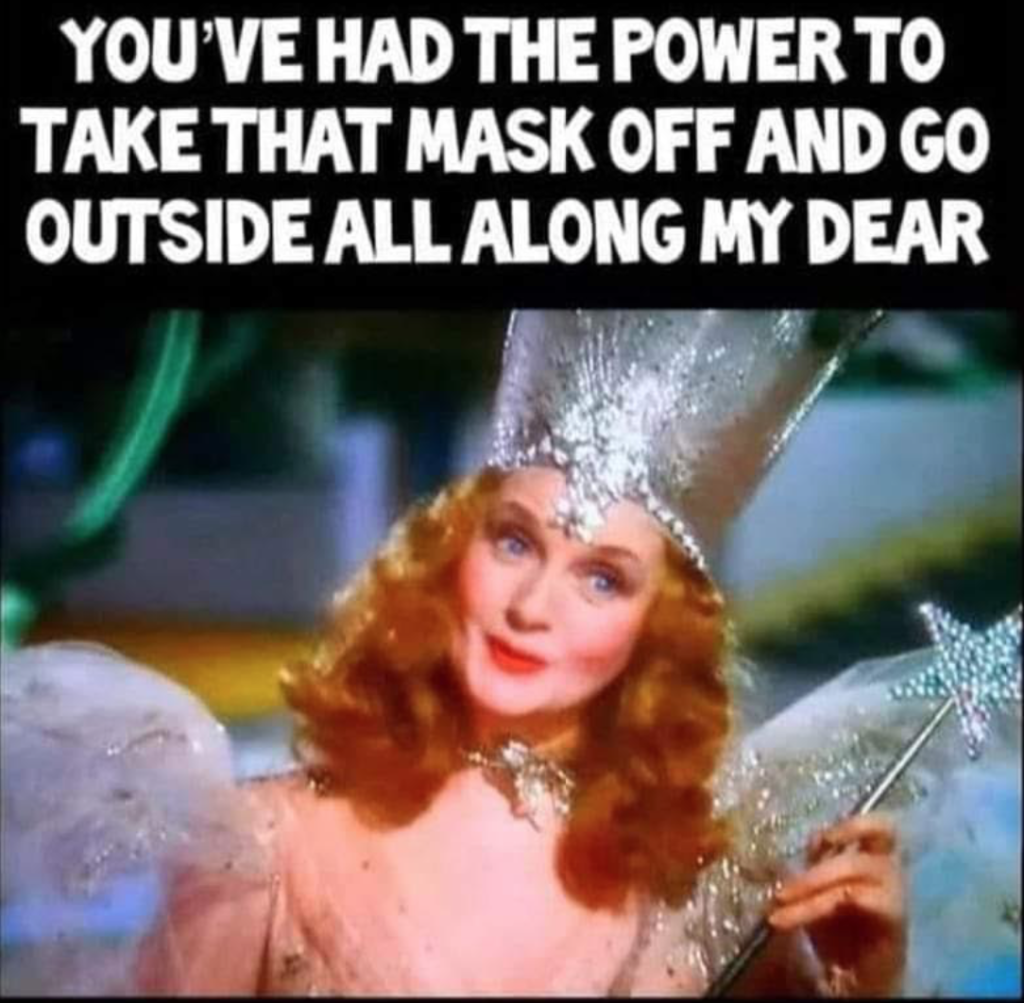