As far as I can tell, the last remaining argument that Trad Inc. STILL continues to try to make in arguing that Bergoglio is the Pope (aside from the rock-solid argument that I am both stupid and physically ugly – incredibly compelling arguments which I am admittedly unable to refute), is the concept of “Universal Peaceful Acceptance”.  Namely, the fact that a “moral unanimity” (as opposed to mathematical unanimity) of churchmen – the very same churchmen that Trad Inc. declares on a near-daily basis to be subscribers to A DIFFERENT RELIGION – accept Bergoglio as Pope IN AND OF ITSELF ratifies Bergoglio’s putative papacy on the level of “Infallible Dogma”.

The primary source for this is the Dominican theologian, John of St. Thomas.  John of St. Thomas was right – the problem is that Trad Inc. WILLFULLY edits out or glosses over the utterly essential antecedent that John of St. Thomas and every other commentator on the concept of “Universal Peaceful Acceptance” lay out – THE LEGALITY/LEGITIMACY OF THE ELECTION/CONCLAVE.

Folks, it’s a plain as the nose on your face.  Here is the John of St. Thomas quote:

Our conclusion is the following. It is immediately of divine faith that this man in particular, lawfully elected and accepted by the Church, is the supreme pontiff and the successor of Peter, not only quoad se (in himself) but also quoad nos (in relation to us) —although it is made much more manifest quoad nos (to us) when de facto the pope defines something. In practice, no Catholic disagrees with our conclusion [that his legitimacy is de fide], even though, when he considers it as a theoretical question, he might not think that he believes it with divine faith. (…)”

Once again, the inability of modern people to think in a logical, ordered way raises its ugly head.  The inability to identify which concept is an ANTECEDENT BASE PREMISE, and which concepts then PROCEED AS COROLLARIES FROM the antecedent base premise is, sadly, typical of modern man.  Logic stopped being taught in high school mathematics curricula in the early 1980’s, for all intents and purposes.

So, we have Trad Inc. arguing a CLEARLY inverted, backwards proposition, CLEARLY BEGGING THE QUESTION – committing the logical fallacy of petitio principii, namely that Universal Peaceful Acceptance is the antecedent, and that LEGALITY and/or LEGITIMACY proceeds from UPA.

THIS IS OBVIOUSLY FALSE.  What should jump out at you about this inverted structure?  Well, clearly the election occurs BEFORE the ACCEPTANCE.  Something cannot, by logical definition, be ACCEPTED BEFORE IT EVEN HAPPENS.  Therefore, it is CLEARLY, OBVIOUSLY ERRONEOUS to hold the position that ACCEPTANCE is the ANTECEDENT BASE PREMISE, and that LAWFULNESS/LEGALITY PROCEEDS FROM ACCEPTANCE.

This is COMMON SENSE.  Truth is not a democracy.  The Papacy is bestowed DIRECTLY by Christ only when the man elected in a legally valid conclave ACCEPTS the Office, it is NOT bestowed by the College of Cardinals, nor even by The Church itself.

-In the same logical vein, Christ does NOT bestow the Papacy upon a man that is ILLEGALLY, ILLEGITMATELY, NON-CANONICALLY ELECTED, no matter what the College of Cardinals or even the Church Militant “peacefully accepts”.  To argue such is to totally and completely upend reality itself, namely saying that LIES BECOME TRUE when enough people believe and accept them.

To argue that lies can become Truth by a consensus of men is a DIRECT ATTACK ON THE DIVINITY OF Jesus Christ, Who Is Himself THE TRUTH.

The only way such arguments can come about is by inverting a logical progression, swapping a logical corollary with its antecedent base premise, thus yielding a truth table that spews satanic lies as “dogmatically infallible truth”.  John of St. Thomas did NOT argue this lie, he specifically identified LEGALITY as the antecedent base premise as clearly shown above, and it is a slander of this saintly and brilliant theologian to claim otherwise.

-Likewise, Christ does NOT withdraw the Petrine Office from a man who does NOT LEGALLY RESIGN, NO MATTER WHAT THE COLLEGE OF CARDINALS OR CHURCH MILITANT “ACCEPTS”.  This is made crystal clear in Canon 332.2:

So, if a putative papal resignation is LEGALLY INVALID, the Petrine See remains 100% occupied, and thus per Canon 359 the College of Cardinals has absolutely ZERO METAPHYSICAL ABILITY TO CONVENE A VALID CONCLAVE.  If the Petrine See is occupied under ANY circumstance, no real conclave can be called. Period.

So there you go.  Now, remember folks, I am, it is reliably reported, stupid, physically ugly, a female who should thus be ineligible to speak in any format or context on anything regarding the Church, and I do not even possess a bachelor’s degree in Bible Lawyering.  So, you know, take all of this objective evidence and logical argumentation with a grain of salt, accordingly.

As always, I hope and pray that this helps. 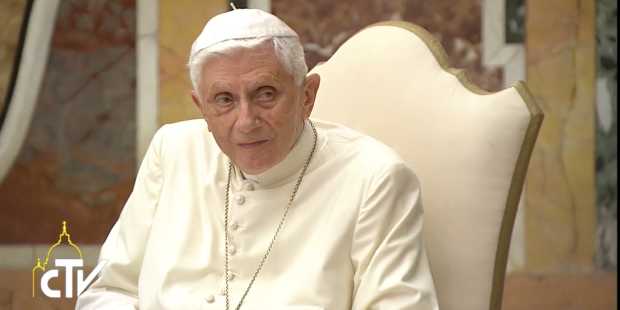