As you all know, I’m no Trump fangirl. But, I think Melania is one of the most impressive people I’ve seen in a long time. She is a Catholic revert. And she hasn’t said or made a wrong step in all of this. Quite to the contrary.

So. Let’s not be shy in noting the two most iconic images of American presidents kneeling – KNEELING in prayer. George Washington and Donald Trump.

Are these iconographical bookends?

With Trump kneeling in a Catholic shrine?

And another “thank you” to Melania for being, yet again, an image of edifying beauty for all Catholic women. Considering the extreme pressure she is under, I admire her witness. Pray for her, her son, and for Donald J. Trump, and for the reversion of Ivanka Trump, and for the conversion of Jared Kushner and the Kushner children, currently Talmudic Jews. 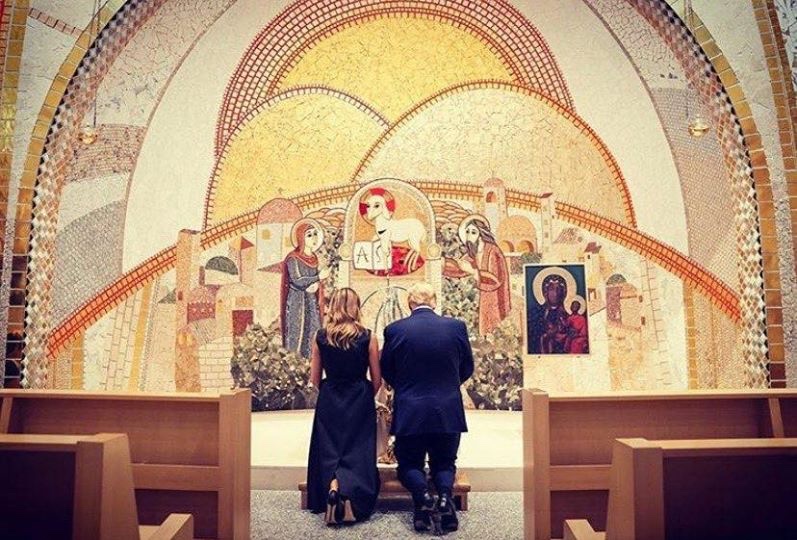 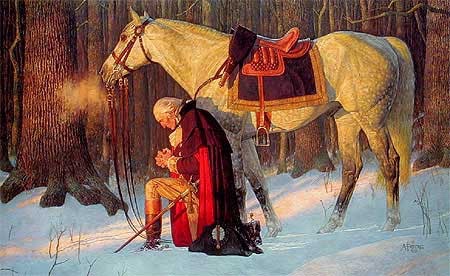