When talking about ANY percentage statistic of any kind, one must have both a valid NUMERATOR (as in this case, the number of dead), and a valid DENOMINATOR.

We now know for a metaphysical certitude that both Italy, the U.S., and the rest of the world, with orders from on-high, have been COOKING THE BOOKS with regards to BOTH.

WITH REGARDS TO THE NUMERATOR:

As I exposed in my March 24 post that has gone uber-viral, “Wait Just a Damn Minute: Italian Mortality Figures are WITH, not FROM CoronaCold-19” wherein we all had a lesson in Italian prepositions: “con” means “with”, and “per” means “from”.  Deborah Birx then confirmed that the U.S. was pulling the same bee-ess in no uncertain terms on April 8.  Then we saw the CDC seven page document itself specifically ordering that for the first time ever, death certificates be filled out using WILD SPECULATION WITH ZERO CLINICAL CONFIRMATION “presuming” CoronaCold as a cause of death.  To thi$ day, no on€, not on€ $ing£€ $ou£, can po$$ib£y figur€ out why thi$ might b€…

NOW, WITH REGARDS TO THE DENOMINATOR:

Italy confirms that FIFTEEN PERCENT OF THE POPULATION, which would be something like NINE MILLION Italians, already have CoronaCold antibodies, meaning, they’ve totally already had it.  This is NO SURPRISE WHATSOEVER.  MANY people in Italy already suspect that the “cold” or “bronchitis” they had in January or February (especially after traveling to the north of Italy, or riding on a high-speed train that was moving from north to south) MIGHT have been the CoronaCold – which is this year’s seasonal cold bug, which has been intentionally leveraged by Bill Gates and the NewWorldOrder Combine to establish totalitarianism through total economic collapse and implement Bill Gates’ fake-vaccine Mark of the Beast lifelong fantasy plan.

Yup.  You know why millions of Italians are testing positive for antibodies, and herd immunity is already happening?  BECAUSE IT’S A SEASONAL COLD.  Huge percentages of the population GET THESE VIRUSES EVERY YEAR.  Many fight it off and never have so much as a sniffle.  It’s called “THE IMMUNE SYSTEM”.  Others get a sniffle, others get a cold, others get a nasty deep chest cold.  A minuscule percentage of people, almost all being the weakened elderly and/or people with multiple co-morbidities, will get sick enough to present at the hospital, or acquire it in a hospital or nursing home as a “Hospital Acquired Infection“.  Of those, a percentage will die.  Within those deaths, a large percentage will be people who were already gravely ill from something else, or actively in the process of dying from something else, like cancer.  A MICROSCOPIC percentage will be people who were struck down as otherwise healthy adults.

STILL using the “cooked books” numerator in which they are counting every possible dead body they can, with or WITHOUT any testing of 21,645 dead “with” but not necessarily “from” CoronaCold in Italy

9,000,000 already having had CoronaCold and carrying antibodies:

Now, let’s do a little more math.  We’re not done yet.  In my “Wait just a damn minute…” piece, I quoted the Italian press stating that the Italian I.S.S. (Instituto Superiore di Sanità) freely admitted that only TWELVE – 12 – a dozen – died FROM coronavirus that day. The other 615 all died from something else. 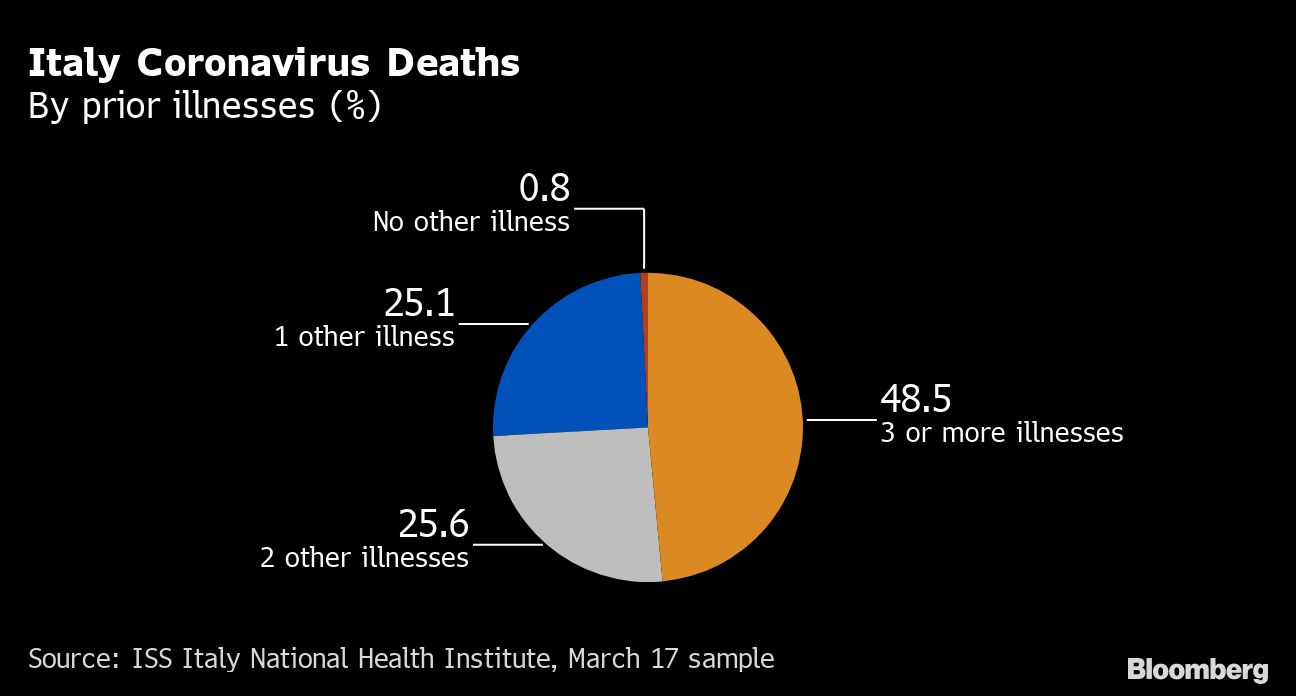 Okay, let’s map that 2% of the statistically reported as having died FROM CoronaCold, not “with” CoronaCold onto the to-date reported Italian death total:

Now, re-calc against the herd immunity figure of 9,000,000 Italians that have ALREADY HAD CoronaCold – and this number grows every day as herd immunity happens, REGARDLESS OF LOCKDOWN, because cold viruses CANNOT BE CONTAINED (which is precisely why Bill Gates et al chose a cold virus to be the vector of their plan – see my piece on Event 201 which was the organizational meeting between the Bill and Melinda Gates Foundation, government and media for the launch of this operation back in October.  They literally passed out plush toys shaped like corona viruses.):

Forty-six TEN-THOUSANDTHS of ONE PERCENT.

The wicked man fleeth, when no man pursueth: but the just, bold as a lion, shall be without dread.
-Proverbs 28: 1