A priest in Kansas City shot himself this week, and already the “canonizations” are everywhere.

In the interests of speaking those truths that others won’t:

Nearly every human being who commits suicide goes straight to hell for all eternity.  Self-murder is one of the most evil acts a human being can commit. NOTHING justifies suicide.  If a person is literally non compos mentis, that is so profoundly ill that they are no longer “present” in their own consciousness, very, very, very rarely do such people have suicidal ideation.  Suicide is something that is freely chosen by a rational human intellect that is conscious and self-aware.

This is something very difficult to talk about, especially in light of 9/11 and the several hundred people who jumped.  Should you ever find yourself in a situation like that, it is VERY important that you NOT kill yourself, but rather be killed by external forces, and cling to every second of life that you can, making acts of perfect contrition for as long as you possibly can, and thus preparing yourself for your Particular Judgment as well as you possibly can.

Here’s the thing about the Bergoglian-Sodo-Freemasonic Antichurch demanding that self-murder victims be unanimously and instantly declared to be saints in the Beatific Vision, entered into eternal paradise: IT IS A KEY EXPECTATION AND PLANK OF THE NEW WORLD ORDER/ ONE WORLD RELIGION (SOROS, ET AL) AGENDA THAT BABY BOOMERS, GENERATION X’ERS, MILLENNIALS, AND ALL FUTURE GENERATIONS WILL COMMIT SUICIDE RATHER THAN INCUR COSTS AND PHYSICAL SUFFERING ASSOCIATED WITH DISEASE AND NORMAL AGING.

They are LITERALLY banking on this.

The Antichurch already is and will continue to be the major moral driver behind not only the ratification of suicide, but the EXPECTATION of suicide in certain circumstances.  The Antichurch is already telling people that to commit suicide is to INSTANTLY enter into heaven, or, at the very worst, to have one’s soul annihilated.  THIS is why Antipope Bergoglio has repeatedly proclaimed the heresy of soul annihilation.

Not only does suicide NOT “stop the pain”, it increases it to the incomprehensible level of the torment of eternal damnation in hell.

With regards to the priest who committed suicide a couple of days ago in Kansas City, the FIRST thought to go through my mind was, “What was he on?  Xanax? Prozac? Both?” Folks, these so-called anti-depressants and anti-anxiety drugs are absolutely luciferian and put people in to an ever-escalating high-low cycle.  I had the misfortune of falling in with a group years ago that included a person who was a lifetime user of these drugs.  I was warned before I even met the person, repeatedly, by others in the clique that they were manic-depressive and mentally ill, and required patience and forbearance.  What later came to light was NOT that the person was manic-depressive, but rather that the person was a lifetime addict to prescription anti-depressants and anti-anxiety drugs.  What APPEARED to be “cyclical manic-depression” was, in reality, the person cycling onto (“manic”) and then off of (“depressive-psychotic”) these drugs.  The cycle fed itself.  As the person cycled OFF the drugs and then had a depressive or psychotic break, they would then cycle back on at a higher dose in order to “cure” the downside plunge.  It should be noted that almost EVERY mass shooter of the past 20 years has been a teenaged or early-20s male who has cycled OFF of psychoactive prescription drugs.  Suicidal, and oftentimes murder-suicidal ideation is a common and well-known side effect of WITHDRAWAL from these drugs, not being hopped-up on them per se.  But, big Pharma runs the show, and there is no way in hell the FDA will EVER ban these drugs given the current paradigm. And WAY too many people are now addicted to them.

For the public record, I have never in my life taken any such drug, nor would I EVER consent to being given such drugs.  EVER.  I used to think that “perhaps they help some people”, but I have now changed my position to one of total condemnation of such drugs.  They are dangerous both to the ingester and to the public at large, and keep people from getting real help, not to mention the sickening amounts of both blood and spiritual-blood money that Big Pharma makes from them.

I’d like to make one other point about PRIESTS today, in particular.

One of the most nauseating things I have learned about the sodomitical cesspit that is Rome is how sacrilegious sodomites (both clerics and laymen) and sexual predators use the Sacrament of Confession in order to protect themselves.  When a sacrilegious sodomite (either clerical or layman) identifies a “new priest in town” that is genuinely orthodox and even pious, the first thing the sodomites do is “confess” to that priest.  Now, understand me, these “confessions” are totally invalid because they do not involve sorrow or ANY purpose of amendment.  They are sacrilege on the deepest level.  These fake “confessions” are made in order to tie the hands of the priest who hears the fake “confession” so that the priest can not act IN ANY WAY against the sodomites.  A priest can not even, for example, admit that he knows that a given man is a homosexual, no matter how flamboyant and campy a given man might be.  Hence, you have sacristies FULL of sodomites, and no one says a word.

Now, imagine the psychological anguish and SCANDAL that a truly orthodox and believing priest today could be under.  Imagine being surrounded by sodomites – both clerics and laymen – and not being able to say or do ANYTHING about it.  Not being able to warn anyone.  Not even being able to complain. Imagine being a young newly-ordained priest, sent to your first parish assignment, and the parish priest, effectively your boss, asks you to hear his confession and then unloads active sodomy, child abuse, procurement of prostitutes, embezzlement, trafficking in and/or producing pornography, and on and on….  About the only thing a priest can do in that situation is DEMAND a transfer, but even then, the sodomite parish priest could and would make up all manner of calumnies against the young, orthodox priest.  And the worst part?  Since the bishops are a FAR higher percent sodomites, and the sodomites protect each other under a code of sodomitical Omertá, the bishop could and likely would crush the young, orthodox priest.

Could we then see how a young, orthodox priest might then be tempted to turn to dangerous anti-depressant and/or anti-anxiety pharmaceuticals?

Folks, THERE ARE NOT WORDS TO DESCRIBE THE SATANIC EVIL THAT IS THE SCOURGE OF SODOMY.  The sodomite milieu operates on a level of evil that morally sane people simply cannot comprehend – until it is explicitly explained to them, as has been the case with me.  As intelligent as I may be, I could never have come up with this shit myself.

It is POSSIBLE that any priest who commits suicide, especially a priest that gave every appearance of genuine orthodoxy as the priest in Kansas City was reported to have been, COULD have been scandalized to total despair, or at minimum scandalized into psychoactive drug use.

Satan is a bastard, and a MASTER chess player. Never forget that.

Finally, THE SEAL OF THE CONFESSIONAL MUST BE MAINTAINED AT ALL COSTS.

Don’t you see that it is satan’s overarching plan to essentially destroy the sacrament of penance, MOST ESPECIALLY FOR THOSE IN GRAVE MORTAL SIN?

See how this triangulation has been set up?

Thus, knowing and being aware of this, there is NO REASON TO MOVE INTO CHECK. The seal of the confessional MUST be maintained.

Pray for priests, pray for Pope Benedict XVI, the one and only living Pope whether he likes it or not, the Papacy, and Holy Mother Church. 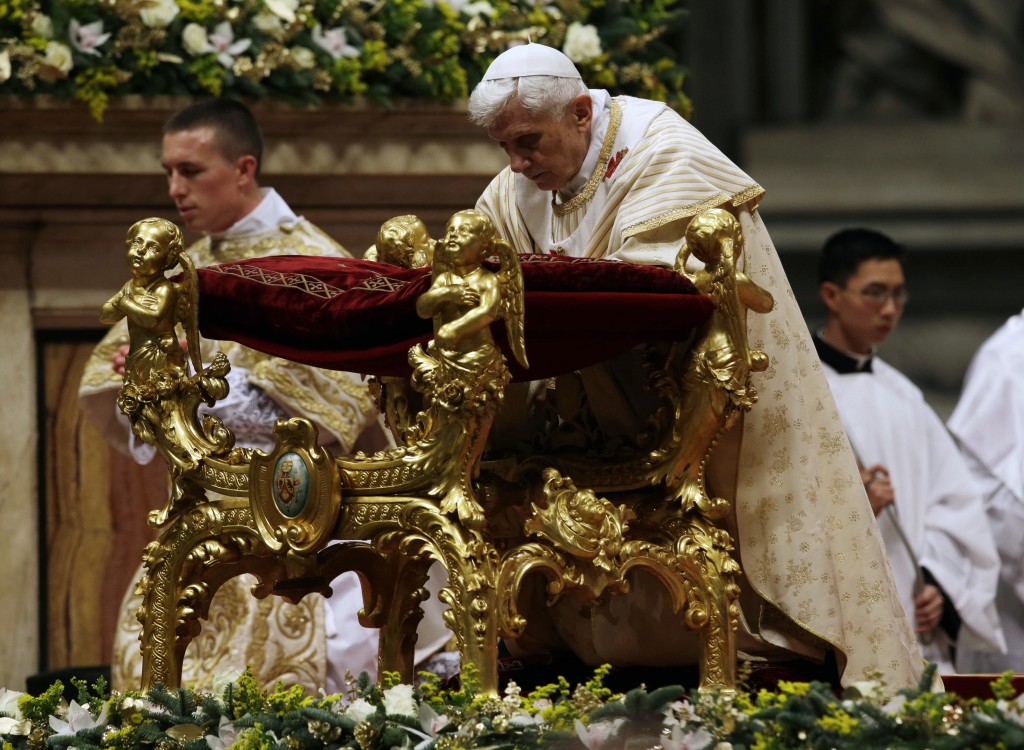 I don’t think that I am going out onto any sort of a limb to remind everyone that none of us can possibly imagine what all he knows and has been carrying around under the seal of the confessional for decades.  Let us remember Pope Benedict most especially at the Third and Fourth Sorrowful Mysteries.  The Third is the crowning with thorns – the fruit of the mystery is MORAL FORTITUDE.  The Fourth Sorrowful is the carrying of the Cross – the fruit of the mystery is PATIENCE and PERSEVERANCE.