[No, this story is NOT about an average Friday night in Cardinal Coccopalmerio’s suite in the Palace of the Holy Office, although the particulars do certainly ring a bell.  Folks, you simply couldn’t make this stuff up.  I’m glad there’s a video!  Thanks again to the Argentine Armada for sending this in.  Apparently this Pro-sodomy Inca group and their cocaine-fuelled “ceremonies” are well-known in Argentina.  -AB] 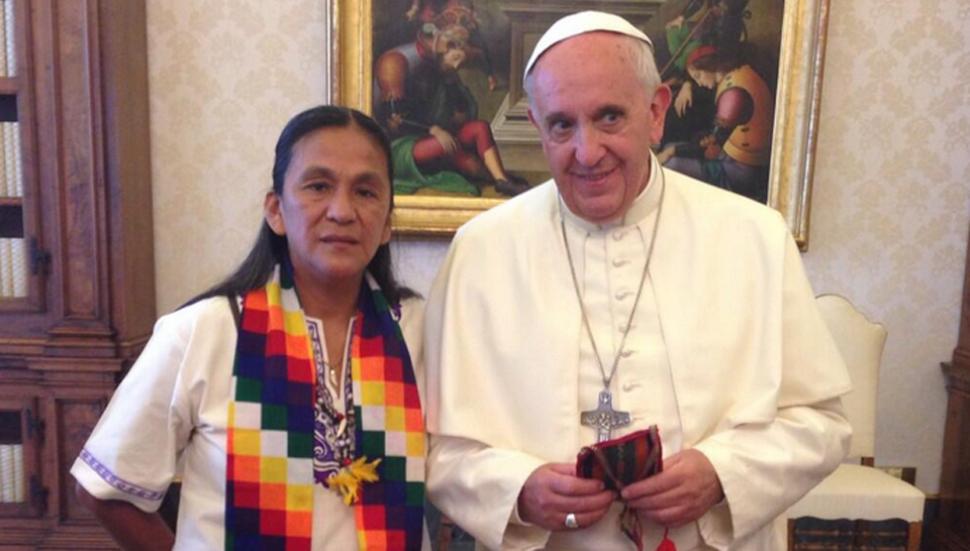 Two archcriminals and sex perverts. Left, Milagro Sala, later arrested for embezzling $30,000,000 from her “charity” for the “poor”, and right, Antipope Jorge Bergoglio, usurper of the See of Peter, and human sex-trafficking kingpin.