Let’s do a little review, shall we?

February 14, ARSH 2017, I wrote in this space under the title, “Don’t Be Dumb. Obedience Has Nothing to Do With IT.  THEY’RE ALL BLACKMAILABLE”:

Antipope Bergoglio is a diabolical narcissist psychopath who is now, and always has been about one thing: PERSONAL POWER. He rules through FEAR, and in Rome EVERY PRIEST, BISHOP, MONSIGNOR and CARDINAL WITHOUT EXCEPTION IS BLACKMAILABLE.

The infiltration of the Church by Freemasons/Communists, who then recruited and promoted ALMOST EXCLUSIVELY SODOMITES for over fifty years now is so intense, that absolutely EVERY PRELATE IN ROME IS BLACKMAILABLE. EVERY PRELATE has sodomite connections, even for the very, very rare prelate that isn’t a sodomite himself. The faggotry is EVERYWHERE, on both the “left” and the “right and the “far right”.

And folks, where there are faggots, children are being abused. Period. There is no such thing as a “harmless faggot”. Scratch a faggot and you’ll find either an active child predator, a developing child molester, or someone who has turned a blind eye to child molestation to protect “friends”. The code of omertà among faggots is every bit as strong, if not stronger than the code of omertà in the Italian Mafia.

Folks, the Vatican is now, for all intents and purposes, a bathhouse. And I am not speaking figuratively. Cardinals, bishops, monsignors, priests, security guards, lay employees, Vatican Museum tour guides, it is a massive, massive network of sodomites, and the code of silence transcends political or ideological sides – or at least it used to. The reason that Bergoglio wields so much illegitimate power is because he, although probably a sodomite himself (I’ve received new information out of Buenos Aires – his private life was a deplorable scandal), is now willing, for the sake of his own lust for power, to leverage sodomitical and child abuse activity and blackmail people without hesitancy. This is a change, and THIS is why the Curia hates him. He isn’t observing the code of sodomitical Omertà, and they are all, every one of them, TERRIFIED that he will expose them, even though Bergoglio himself is also a pervert with a criminal past. And remember, even for the few prelates left that are not sodomites, they have all, every one, “not done enough” with regards to priests that were under their jurisdiction at one point or another.

We’ve all had beaten into our heads for our entire lives that “what people do behind closed doors is their business…” Now we are seeing why that is such a pernicious lie. The filthy, disgusting faggots, by doing their execrable deeds “behind closed doors” have constructed the very matrix of coercion and blackmail that is now being used to DESTROY THE CHURCH AND CAUSE COUNTLESS SOULS TO GO TO HELL. I remember well being haughtily lectured by a man that turned out to be one of the most notorious sodomites in the Vatican today, a man whose b**w**bs are called “a Vatican institution”, that it was mortal sin to even SUSPECT someone of sodomy or being a sodomite without – get this – videographic evidence. How convenient, so long as there is no video, AND the code of Omertà holds.

Then on July 6, ARSH 2017 I wrote in this space under the title, “Handful of Remaining Catholics in the Vatican Have Essentially Given Up”

I’ve said it before and I’ll say it again. The past two years or so have been EXTREMELY illuminating on this topic. The sodomites are EVERYWHERE in the Vatican, transcending all “right-left”, “liberal-Traditional” and all other categories and spectra. In fact, many of the most diabolical and sacriligious sex perverts inside the Vatican, of which actual, real, practicing Satanists are a subset, hide not only amongst leftist groups such as the Jesuits, but so many are hiding among what are branded as “conservative” groups such as Opus Dei and the Legionaries of Christ, which are actually two of the most powerful and wealthy organized crime syndicates today. There are also, as we have discussed, many sodomites amongst people, both clerics and laity, attached to the Traditional Rites, both the Roman Rite and the Byzantine Rite in Rome. Remember folks, for sodomites, the top priority is the sodomy. For them, sourcing sex partners/victims and the code of silence, or “omertà” which perpetuates the paradigm, trumps everything, including politics, and certainly any liturgical paradigms or preferences. This is why “tribalism” is so spectacularly dangerous.

Which brings us to the sad truth. I have very high-level and unimpeachable sources in Rome who have recently said that among the handful of remaining Catholics in the Curia, including senior-level officials (that category could literally be counted on one hand – do the math), there is now a resignation to the fact that the infiltration of sodomites and Freemasons (that Venn Diagram has a massive overlap) is so severe that it is not humanly possible to remove the infiltration. This can ONLY be solved by supernatural means, which all understand means a Sodom and Gomorrah type event, except on a much, much larger scale. Massive destruction, with many, many people dying on a level never before seen by mankind, just as the Blessed Mother has warned so many times, particularly over the past century.

Think about it. If there are literally just a handful men in the Vatican, which is a massive, bloated, corrupt bureaucracy, that are NOT Freemasons and/or sodomites, that implies that in order to purge the infestation well north of NINETY PERCENT of the people in the Vatican would have to be permanently expelled. And what of the entire college of bishops? FAR North of 90% of them would need to be fired and purged. And what of the priesthood? Same. And what of the staffs in the chanceries all over the world? Same.

Then, on February 9, ARSH 2018, I published in this space under the title, “TOLDYA: Faggot Omertá Has Broken Down In Vatican – Antipope Bergoglio Exposed as Conscious Protector of Boy Rapists”

As I have explained in this space, on those rare occasions when the sodomite code of omertá (that is, mafia silence) breaks down, woo-boy, look out. It makes a piraña feeding frenzy look positively genteel by comparison. There is nothing in this world so nasty and spiteful as a faggot. Remember, Diabolical Narcissists are the human analogue to demons, and the demons hate everyone and everything with an unquenchable spite, and all sex perverts are, by definition, Diabolical Narcissists to one degree or another.

Which leads to the question, what do they have on Antipope Bergoglio?  Why hasn’t Antipope Bergoglio thrown these faggots under the bus yet?  Why the “no comment” in the Snakes on the Plane Presser?  Why hasn’t Donna Wuerl’s pro forma resignation been accepted?  Why is ChurchMilitant reporting that Antipope Bergoglio and the Vatican are desperate to get Wuerl out of the U.S. and onto Vatican City territory because if the U.S. Department of Justice or FBI get a hold of him, he will sing like a bird to stay out of prison?

With regards to Bergoglio himself, yeah, he’s not only a faggot, but one of his number one boyfriends from Buenos Aires is a notorious CHILD PROSTITUTE PIMP.

My information is that Antipope Bergoglio’s sodomite boyfriend, GUSTAVO VERA, heads up an NGO in Argentina called “La Alameda”, which does some LGBT advocacy, militant feminist crap, but primarily focuses on child labor, specifically in the garment industry and in child sex trafficking.  GUSTAVO VERA also drifts in and out of official government positions, as so many people in NGOs do.

Now wait, you might say.  This Gustavo Vera works AGAINST child sex trafficking!  GUSTAVO VERA has, while in government, executed raids on child prostitutes and female “escorts” working out of nightclubs.

Uh, yeah.  In order to suppress his competition.  Apparently GUSTAVO VERA is a rentboy PIMP that has a monopoly on BOY PROSTITUTES working inside the gay bars of Buenos Aires. So what GUSTAVO VERA does is use his power and influence to have the freelance boy prostitutes that are working on the streets outside the gay bars, and in gay bars which his pimping syndicate does not have a foothold, cleared out in police raids which he orchestrates, thus maintaining his monopoly.  He also executes vendettas against female prostitution rings and pimps.

FURTHERMORE, GUSTAVO VERA is said to use his “advocacy” for child sweatshop workers to enable him to procure child prostitutes, both already in Argentina, AND traveling to high Andean mountain villages in Bolivia to essentially buy children for his sex trade down in Buenos Aires.

GUSTAVO VERA and Jorge Bergoglio were known in Buenos Aires to be a sodomite couple, and the relationship continued after Antipope Bergoglio usurped the Petrine See.

The real reason that Antipope Bergoglio – known both in Rome and in Argentina as “the bishop who never smiles” and who would sit in the back corner of the dining room of the Via della Scrofa residence in Rome when he stayed there as a Cardinal, scowling and glowering and being conspicuously miserable and anti-social – was so insistent upon living not in the Apostolic Palace, but rather spending some $3,000,000 to take over and completely remodel the entire second floor of the Casa Santa Marta luxury hotel residence in the Vatican, WAS SO HE COULD ENSCONCE HIS SODOMY PARTNER, GUSTAVO VERA in the hotel.  It had nothing to do with “wanting to be around people”.  Bergoglio is profoundly anti-social.  Lessons were learned from Paul VI having his sodomite sex partner, Paolo Carlini, running the halls of the Apostolic Palace at 4:00am and drawing very conspicuous attention to his “sleepovers”.  Gustavo Vera had no problem moving around the Casa Santa Marta – a functioning hotel.

Up until last year when Antipope Bergoglio and Gustavo Vera had a fight and broke up, Gustavo Vera would travel from Buenos Aires to Rome MONTHLY. After the big fag fight, Antipope Bergoglio had the Swiss Guards go into Vera’s suite in the Casa Santa Marta, pack his bags for him, and then they met him as he was walking through the Vatican returning to the Casa Santa Marta, handed him his bags, and escorted him off the Vatican premises.

So, does the Lavender Mafia have blackmail material on Bergoglio himself?  OH, HELL YES THEY DO.

Do we honestly believe, even as powerhungry as Bergoglio is, that anyone would have as many close connections to sodomites that Bergoglio has, and do as much to protect and even promote sodomites, if Bergoglio were not a sodomite himself – and a sodomite with intimate connections to sex trafficking and the systemic rape of children and TEENAGED BOYS?

Now, someone needs to do the serious journalistic research on all of this, because I am handicapped in this in that I don’t speak Spanish, much less the Argentinian dialect, which is quite different and uses different terms and slang than the Mexican/Puerto Rican Spanish that we were all taught in high school.  Also, I’m not a journalist.  Someone needs to go down to Buenos Aires and talk to the people down there who know all of this stuff and can help all of this come to light. 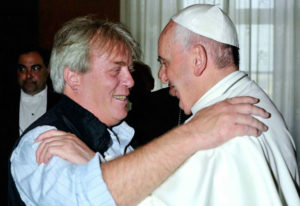 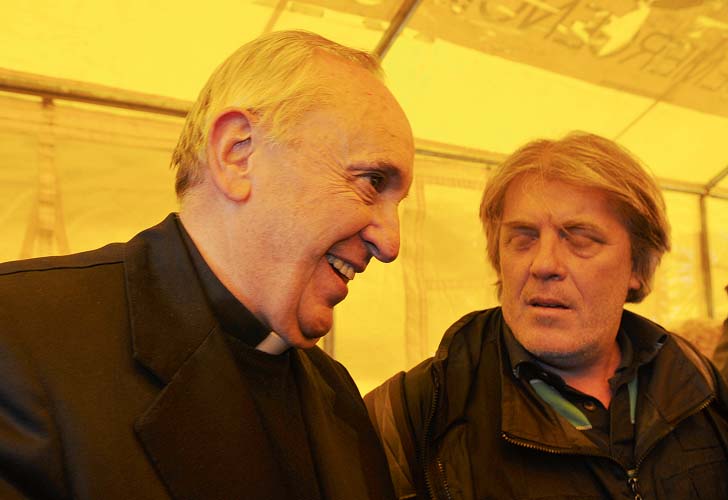 “If it could only be like this always – always summer, always alone, the fruit always ripe…” 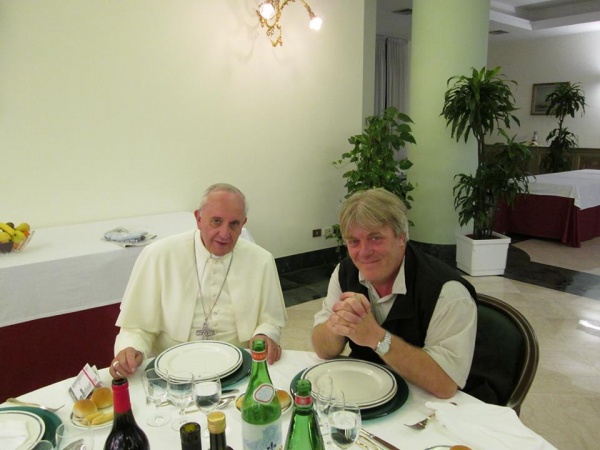 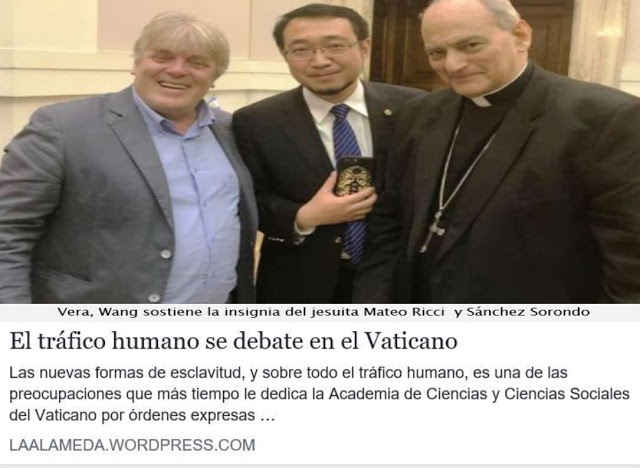 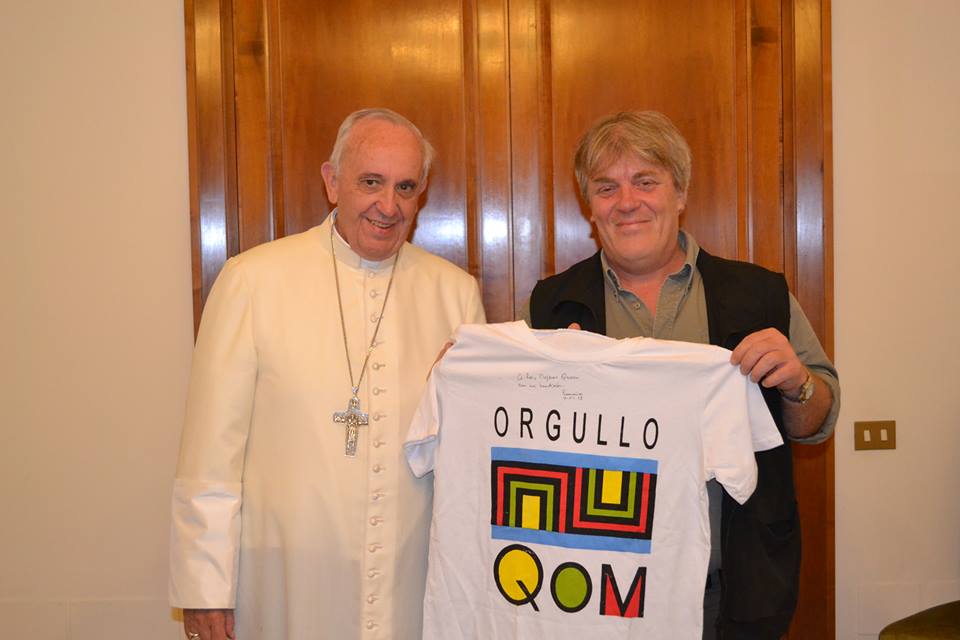 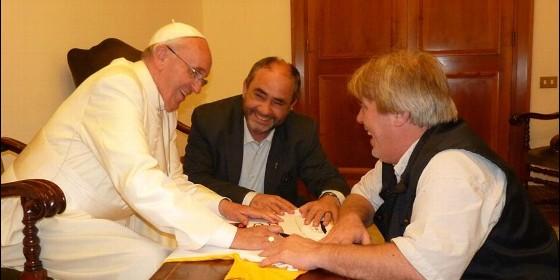 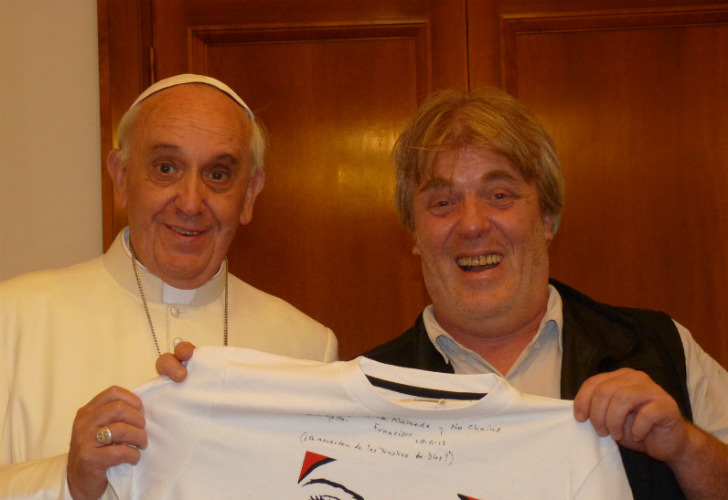