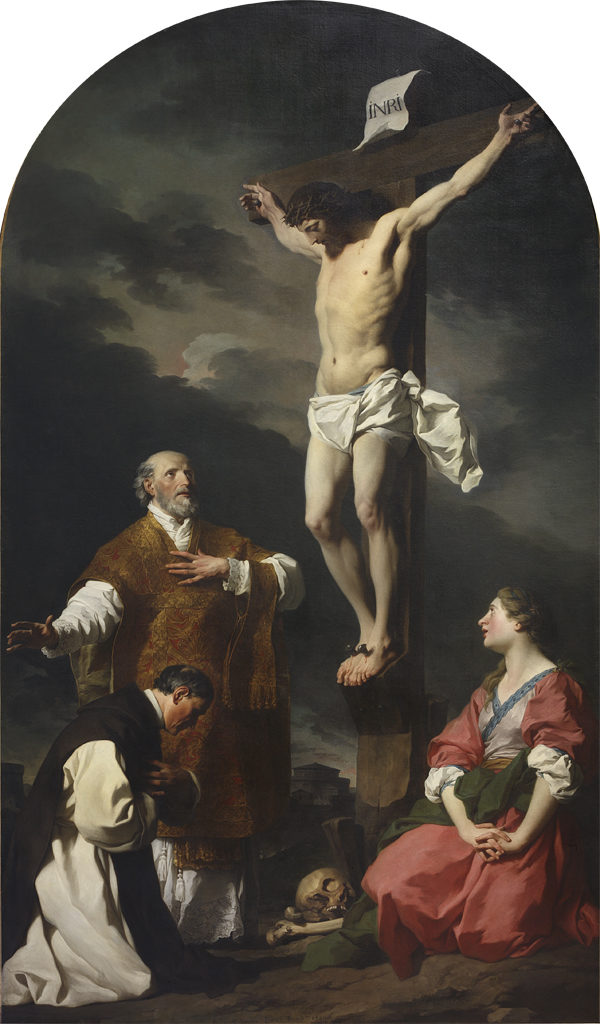 In order to begin well, and to finish better, it is quite necessary to hear Mass every day, unless there be some lawful hindrance in the way.
-St. Philip Neri

Today is the feast of a man that I have come to understand is, very personally, my patron, St. Philip Neri.

I get lots of emails from people asking where to go to Mass, etc.  By now, thanks be to God, most of the population of the former U.S. is within possible driving distance of a Traditional Latin Mass. Not easy driving distance necessarily, but possible.  Occasionally I get an email from a person, and I source a Trad Mass for them that is within 45 minutes of their Front door, and I get a response that says, “Oh, that’s too far. I can’t do that.” And I just shake my head. I have sourced a Mass for people several times that was in the same city, just on the other side of the city, and received a reply back, “Oh no.  That’s too far.” In an air-conditioned modern vehicle?  Seriously? SERIOUSLY?

If you aren’t within driving (or walking, if you don’t have a car) distance to the Holy Sacrifice of Calvary in either the Tridentine Rite, or the Rite of John Chrysostom, or an Ordinariate Mass, or any other Traditional Rite of the Holy Catholic Church, my advice, quite simply, is:

These days, one of my daily after-Mass prayers is that Our Lord keep me within easy WALKING distance of daily Mass in the Venerable Gregorian Rite, which I have been in for over four years now.  ALL translocation decisions for the past four years and certainly from here forward will revolve, pretty much exclusively, around the Holy and August Sacrifice of the Mass. DAILY.  And where I am now, I am doubly blessed, once again, to be also within walking distance to a Sunday Divine Liturgy at a Ukrainian Greek Catholic parish.  But, having said that, I know right now what my next THREE chess moves would be if my living situation here at this parking spot down by the river should go south for whatever reason.

The Holy Sacrifice of the Mass is literally the single most important thing in the entire universe.  Jesus Christ would die for you, and you alone, over and over again, as many times as you assist at the Sacrifice of the Mass.  He died once for all, but He WOULD die, just for you and YOUR SINS, as many times as you… deign… see fit… don’t have anything better to do… aren’t too tired… aren’t BORED… can squeeze it in… if it isn’t too much trouble… and actually SHOW UP.  Maybe we should take St. Philip’s advice on this his feast day, and start acting like we actually believe this, and that going to Mass, which is Christ dying for our sins on Calvary, miraculously made present through the bending of time and space on and above the altar by God the Holy Ghost, is an incomprehensible gift, and not something to be whined about, gotten out of, and manipulatively avoided, but, like heaven itself, of which the Mass is a foretaste, something to be chased, embraced and adored with unquantifiable gratitude.