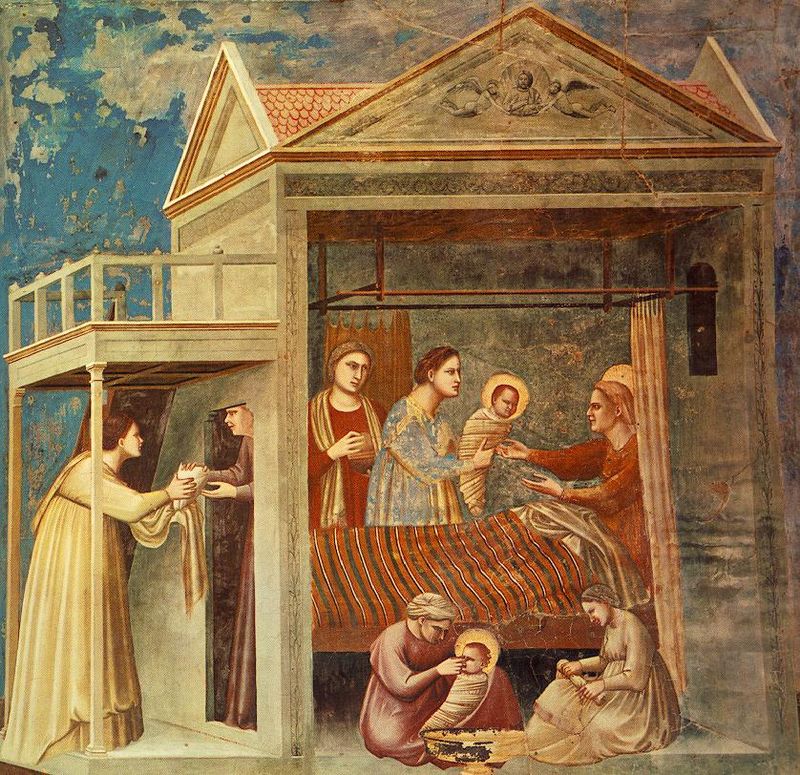 Only three birthdays are celebrated on the Roman Calendar: Our Lord and Savior Jesus Christ on Christmas, The Blessed Virgin, today, September 8th, exactly 9 months after the Feast of the Immaculate Conception on December 8th, and the Birth of John the Baptist on June 24th, six months before the birthday of Our Lord, and three months after The Annunciation on March 25th, wherein Mary was told by Gabriel that her cousin Elizabeth was six months pregnant with John the Baptist.

Only these three earthly birthdays are celebrated because only these three people were born without Original Sin.  Our Lord was sinless because, of course, HE IS GOD ALMIGHTY.  The Blessed Virgin was, by the salvific action of The Cross held free from Original Sin from the moment of her conception.  If you want to understand why, and you like science, be sure to read if you haven’t already one of my most popular essays ever, “The Science of the Immaculate Conception and the Assumption of the Blessed Virgin Mary”.  The “Oh, COOL!” factor is through the roof on that one.

I repeat this because this all speaks to the lukewarmness of pretty much everyone calling themselves Christian in the post-Christian world today with regards to abortion.  Most Christian people believe today that aborted babies, and for that matter all babies that are killed or die before birth go to heaven.  This syrupy feminine sentimentalism is flatly wrong and beyond that utterly undermines pretty much the entire Faith.  In one fell swoop, it denies the Dogma of Original Sin, it flatly denies the Dogma of the Immaculate Conception, and feeds directly into the Freemasonic-Soros-Bergoglio Culture of Death, Materialism and Utilitarianism.

Think about it.  If there is no such thing as Original Sin, and all pre-born babies go straight to heaven upon being aborted, then logic clearly dictates that the single most merciful act a mother could do for her child is to murder it before it is born so that it would be GUARANTEED of the beatific vision, most especially if the child were to be born into material poverty.

“You must be murdered for your own good.”

The motto of ALL satanic cults and political systems, including the Freemasonic-Soros-Francis One World Religion NewChurch that is being erected before our very eyes.

Since most Christians including, sadly, almost all Catholics today – the Church having been reduced to rubble in the past 50 years – believe that aborted babies go to heaven, no one really cares overmuch about abortion.  You know how you can tell?  By the 50+ million abortions per YEAR in the world – and that doesn’t count China. Only God knows how many there are in China per year.

And yes, this also includes miscarriages, which is why a miscarriage is such a sad event.  These children are believed to go to the Limbo of the Innocents, which is outside the Beatific Vision, and thus, technically, within the domain of hell.  However, since these children were sinless (in the sense that they did not live long enough to be able to commit personal sin), this Limbo for them is a place of natural happiness, not torment.  HOWEVER, it is still outside the Beatific Vision, and thus not the proper end for a human being, and thus a tragedy.

Thinking about the Nativity of the Blessed Virgin keeps us thinking properly and correctly about human life itself, and what exactly Christ’s death on the Cross and Resurrection means to every human life.

Happy Birthday, Hammer of Heretics!  Pray for us.