So I was visiting with a friend whose mother tongue is technically Spanish, and we were discussing the Bergoglian Antipapacy, and we were discussing how pleasing it would be to stride up to Bergoglio and denounce him to his face.  I settled on, “Tu no eres la Papa!”, at which point my friend reminded me that “pope” in Spanish is obviously EL PAPA, not “la papa”.  Gotta get the gender of those articles right!  He then went on to say that “la papa” in Spanish actually a secondary word for “potato”, the primary word being “patata”.  I guess “la papa” might be akin to “taters” for us.  And ever since then I will randomly giggle to myself as I envision myself striding manfully up to Bergoglio, pointing directly at his nose and in my most authoritative and virile voice, soaked with gravitas, bellowing,

“YOU are not the potato!”

It would also be a good name for a band.

Kids, it’s either laugh, or go sit on the stairs and sob.  Might as well laugh when we can. 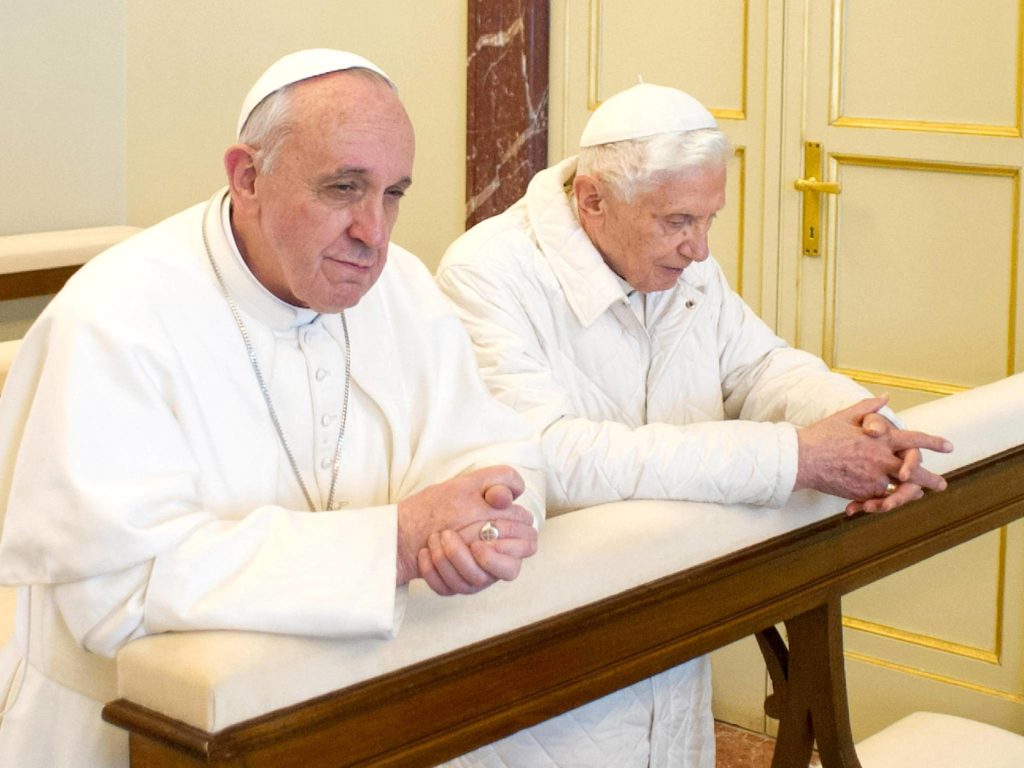 There is only one potato. The one on the left, mugging for the camera, that is not the potato. That is the antipotato.

2.  What did I do for the 4th of July, the 240th anniversary of the founding of a no-longer-extant Freemasonic republic that had the seeds of its own inevitable auto-destruction sown into it?  I went to Mass.  A Requiem (Mass for the dead) was said.  This was no coincidence.

3.  ContinueToGive.com is back up and running.  All is well.  Whew!

4.  Here is one of my all-time favorite country singers, Marty Robbins, doing what the failed Vatican II Council should have done, but didn’t: denouncing global Communism. Enjoy.