1.  Situational update:  I’m still in the same “new” parking spot as I have still heard nothing beyond the last kerfuffle.  The internet went out for about a week as the landlords, I think, forgot to pay the bill, but it is back on now.  I finally gave up and roughly unpacked and stowed my clothes, as I literally started buying clothes (albeit extremely cheap clothes) because it was “easier” than digging through trash bags trying to find something wearable.  That’s no good.  Packing again could be accomplished in a few hours, or minutes, depending on the next destination.  But, for now, I can find my underpants in the mornings, so I’ve got that going for me, which is nice.

I have no idea what I am going to do.  St. Anthony has been enjoined.  Thank you all, once again, for your prayers, and especially for the Masses/Divine Liturgies.  Thank you all for the kind and concerned inquiries during my absence.

2.  People often ask what intention I would like them to pray for, and I can only ever reply that I would like the same as what I pray for with regards to you all – salvation.  I see the emails asking for prayers for a troubled child, infertility, cancer, etc. and I do pray for those things, but the main petition that is repeated every day is for the salvation of your souls, because that’s really all that matters, and what everything is driving towards anyway.  Yeah, I could rattle off things that I would sure like, but the real risk is the ruination of one’s soul.  The demons aren’t wasting much time on Bruce Jenner, for example, these days.  That train wreck doesn’t need any demonic provocation.  The demons focus on generating new derailments.

3.  I read an Ol’ Remus piece over at AmericanDigest.org which was originally posted at dear friend o’ the blog from way back, Fran Poretto’s place, Liberty’s Torch.   The piece is written as an open letter to blacks, and the Remus prose is incomparable, as usual, but I find myself in stern disagreement with the premise.  The premise is summed up here in the final paragraph:

So here’s the deal. If you want to know what we really think of you, the answer is we don’t, unless you’re making yourself unavoidable or we’re cleaning up your latest mess. We can safely rely on you to make astonishingly irresponsible choices and blame us for the consequences. And you’ll demand we make good on them for you. We won’t take a chance on your sincerity ever again. Take it somewhere else, you have no credibility left with us. You’re a net liability, predictable to the point of surety. So we attend to our own lives and our own problems. It’s as it should be. We recommend it. As for you, frankly my dear, we don’t give a damn.

Oh, it sounds so deliciously tempting, doesn’t it?  But the terrifying truth is summed up in one of the top-5 scariest things Our Lord said in the gospels: to whom much is given, much will be required.  You see, people of intelligence and morality are supposed to step up and provide leadership in society, a very large component of which is the application of justice and medicinal punishment.  Do you remember just a few decades ago when the local judge was considered to be a leader in the community, a man of intelligence and MORALITY?  And he was one of the highest-paid men in town, but he deserved it not only because he was highly educated in the law, but also because he held the lives of other men, and by extension the community as a whole, in his hands, and that heavy burden was worthy of a high wage.

One of the rotten, stinking fruits of this post-modern, post-Christian culture is the near-total suppression of the sense of duty. This is a result of two things, first the satanic inversion of Christianity into a pagan cult revolving around the antipode of charity: indifference.  Indifference utterly eliminates any sense of duty, much less the love of it, because duty, by definition, looks outside of the self.  The utterly self-absorbed man rejects all notions of duty to anyone and anything except his own worldly pleasure.  We see this on the macro level, as articulated by Ol’ Remus above, and on the micro level when black men, as an example, dispense themselves of any duty toward their women and children.  Why do black men abandon their own women and children?  Bluntly, because they do not love them, more specifically they are completely indifferent to them.  All they care about is their own sexual pleasure.

The man devoid of charity convinces himself that his indifference is itself virtuous, and thus not only is his dereliction of duty towards others, from the broad society all the way down to his friends and family, not only NOT sinful, it is a proof set of his moral superiority.  To wit, Remus above.

It can be summed up as, “My treatment of others is only sinful if I care.  So long as I don’t care about the other person or people, I cannot sin against them, nor do I have any duty toward them.”

Humility – TRUE humility, not the false Pope Francis perversion of the concept – is honesty about one’s self, BOTH in terms of what we are, and what we are not.  Those of us who have been given much, as Our Lord said, have proportionally greater societal duty, and we are expected to discern this.  Now Pope Francis and his ilk, being Marxists, nincompoops, and moral cripples, take these words as purely material, twisting them to falsely justify progressive taxation schemes and forced wealth redistribution, but the material sense is at the bottom of the list.  Closer to the top of the list are the intellectual gifts that God has bestowed upon us very, very unequally.

The point of this is that unless and until the intelligent, wise, morally upright people on this earth stop cowering in shame before psychopaths, imbeciles and moral degenerates, and face up to the fact that they must reassert themselves and reclaim their place in society WHICH IS THEIR DUTY, there is no non-supernatural remedy to any of this, and it will continue to spiral into hell.

4.  A point about the Rule of Law, which is being systematically, aggressively attacked in every venue; secular, cultural, and of course, The Church.  The Constitution of the former United States is now a joke, but the US Code is inflating, with selective enforcement of irrational, immoral laws being the main vector of coercion and terrorism by the oligarchy.  And, of course, Pope Francis and his toadies are getting ready to schism The Church by thuggishly demanding that the Sixth Commandment be abrogated IN PRACTICE, an outright attack on the Rule of Law, and God Himself.

It occurred to me that the Rule of Law is a subset of Charity, or Love.  When God created the Universe, when space, time, matter and energy came into existence, what had to come into existence at the same time, if not somehow “before” (if there are any metaphysicians reading this, please go have kittens in the bathtub – it makes the cleanup so much easier) were all of the Cosmological Constants and the so-called “Laws of Physics”.  In order for the Universe to exist, there had to be a solid framework of LAWS upon which the fabric of spacetime could be draped.

Do you know about the Physical Constants?  “A physical constant is a physical quantity that is generally believed to be both universal in nature and constant in time.”  The speed of light, the Newtonian constant of Gravitation, Planck’s Constant, etc.  These values simply exist in the universe, and never change.  They are, in a sense, LAWS.  If these values were to change by even the slightest, infinitesimal amount, the entire universe would fly apart and then implode in chaos.  Galaxies would not hold together, nothing would orbit anything else, stars would not remain cohesive, electrons would not stay in their valence shells, protons and neutrons would not hold together in atomic nuclei, the universe would be a nothingness of chaos.  And there are dozens of them – that we know of.

God’s love for us is manifest in the very existence of spacetime.  Just stop and feel the passage of time, the realness of space, the cohesion of matter.  All of this is possible and utterly contingent upon these RULES, these LAWS, which are universal and constant.  Have you ever lain awake at night worrying about whether or not gravity will be in effect tomorrow? Or if the electrons in your body will fly out of their valences and off randomly into space?  No.  You haven’t.  And you need not start now.  God loves us, made this universe for us, and established these laws not only so that the universe could exist and persist, but so that we could act within it with existential stability.

The brilliant David Berlinski, philosopher, mathematician, biologist, leading critic of evolutionary theory and secular Jew, once asked the rhetorical question, “Why do the electrons stay in their shells?  We don’t know.”  Oh, yes we do.  The electrons stay in their shells because God loves us, and from the moment of creation (or “before”), God established THE RULE OF LAW on the most fundamental level purely out of love for us.

A total lack of Law, Laws contrary to reason and reality, and/or an arbitrary application of the Law is evil.  It is chaos.  It is from hell.  I am reminded of Pope Francis’ constant railing against “the law” and “these doctors of the law” and his unofficial slogan, “Hagan lio”, which translates literally to “make a mess”, but the better colloquial translation is “raise hell”.  These people have as their goal nothing less than the total abolition of the Rule of Law, because that is a cornerstone of Marxism, which teaches that all Law is an ideological weapon used to effect class oppression, and that in the “new world”, the “new man”, and now presumably “the new church”, or, perhaps better named the “new order”, will abolish all law.  Marxism, exactly like Modernism, also has as a core premise that humanity and society are in constant evolution and flux, and thus any notions of constancy or stability in the Law must be purged from the zeitgeist.

In the secular political context, they want an abolition of the Rule of Law because in that environment, the biggest thug wins, and gets very, very rich.  And thus, you can read the bill after we pass it. 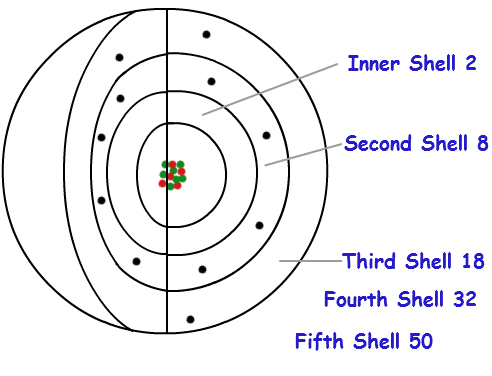