So, beginning in ARSH 2008 when it became clear that the Constitutional Republic was in the process of being overthrown in a cold putsch, and then forward as I continued to blog here, I called a series of things, in no particular order, except for the last three, which are obviously end-game events, and thus placed at the end of the list:

1.  Reformation of the islamic Caliphate facilitated by the Washington DC regime
2.  Total economic war executed by the Washington DC regime against the American people, specifically the Cloward-Piven Strategy, namely driving as many people as possible out of work and onto the welfare rolls in order to collapse the system
3.  Severe price inflation, especially for food
4.  Nationalization of healthcare delivery for the purposes of controlling and coercing the masses
5.  Dissolving the Mexican border in order to bring in millions of socialist Latin Americans in order to help overwhelm the welfare system, corrupt the electoral process where it still possessed integrity, and to provide a means for soldiers of the Caliphate to invade and colonize the former United States
6.  Criminalization of Christianity
7.  Race riots/ defacto civil war with every urban area becoming its own discrete theater
8.  Complete evanesence of the Rule of Law and the ascendancy of a tyrannical, kleptocratic oligarchy
9.  Nuclear war centered on Israel
10.  Obama being assassinated by his own people in order to seize total power – the ultimate Reichstag Fire
11.  People’s Liberation Army (Red China) boots on the ground on the North American landmass, probably under the guise of “peacekeeping”

Here is my post from September 4, ARSH 2012 titled “How the Disintegration is Likely Going to Happen”, including a link to a Matt Bracken piece on the same topic at Western Rifle Shooters Association.

Again, let me just reiterate:  YOU DON’T HAVE ENOUGH AMMUNITION.  So, whydontcha get on that, mkay?

Matt Bracken has written a piece over at Western Rifle Shooters that matches exactly how I have envisaged the coming collapse and civil war.

His belief that it will all begin with the rejection of EBT Foodstamps cards is, I think, spot-on.

Next comes the urban riots.

Then comes the rioters spilling into the suburbs.

Then comes full-blown chaos when the rioters realize that the cops alone can’t contain them.

Then come the beatings, rapes and murders. In the open. In broad daylight. At heavily trafficked intersections.

Then comes the militia, which is what I intend to do when shizz gets real. That has been my intention all along, since the fall of 2008 when I knew that collapse and civil war was an inevitability.

Echoing Bracken, if I am either sandbagged or on a bipod, 400 yards is an EASY kill. Men are a hell of a lot bigger than prairie dogs, which is why learning to snipe on prairie dogs is so wise, in addition to good, wholesome fun. 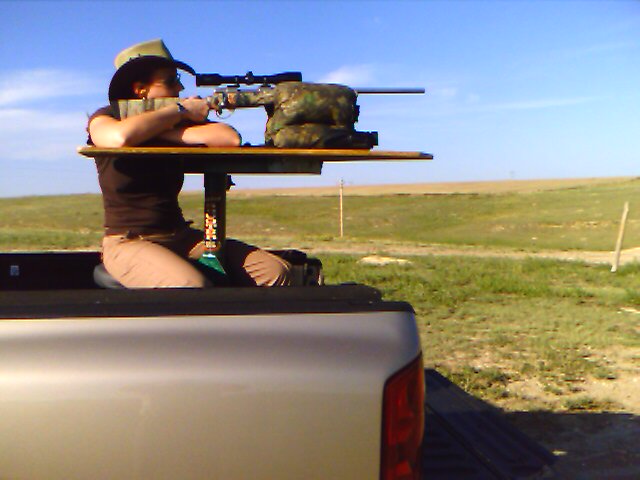 When I tell you people to be buying LONG GUNS and ammo, I’m not kidding. Assault rifles and tens of thousands of rounds of ammunition is one of the best places to park wealth right now. And you better know how to use it, and you better sit your wife down, tell her to cut the sissy, whiny female bullshit and learn how to handle every weapon system in your arsenal. This isn’t a damn game or a TV show. Many, many women are going to find themselves as the ONLY THING standing between a hip-hop rape mob and their children.

If you haven’t watched my Vendee Genocide YouTube presentation, I clearly lay out the case that it is an absolute certainty that THERE WILL BE MASS RAPES when the inner city hip-hop contingent can no longer be contained by standard law enforcement. It isn’t even debatable.

Read the essay above, and then GET READY. QUICKLY.