Today is the Feast of the Four Holy Crowned Martyrs, four soldiers who were executed by being beaten to death for refusing to offer sacrifice to a pagan god by Diocletian in ARSH 304.  This is the Epistle Reading of their Mass today from Hebrews 11.  In addition to being justification for those of us accused of writing excessively long sentences, it makes the point that if you have Faith and do the right thing, you will win either way.  You will either subdue kingdoms and put the enemies of God to flight, or you will win the crown of martyrdom, depending on what the Will of God happens to be.

Please note that cowering sycophancy or even merely “keeping ones head down” are NOT viable options.  Fight and reign gloriously, or die gloriously.  But fight for Christ the King and His Holy Church.

[The Saints] who by faith conquered kingdoms, wrought justice, obtained promises, stopped the mouths of lions, quenched the violence of fire, escaped the edge of the sword, recovered strength from weakness, became valiant in battle, put to flight the armies of foreigners:  women received their dead raised to life again: but others were racked, not accepting deliverance, that they might find a better resurrection; and others had trial of mockeries and stripes, moreover also of bands and prisons: they were stoned, they were cut asunder, they were tempted, they were put to death by the sword, they wandered about in sheepskins, in goatskins, being in want, distressed, afflicted: of whom the world was not worthy; wandering in deserts, in mountains, and in dens, and in caves of the earth. And all these being approved by the testimony of faith, In Christ Jesus Our Lord. 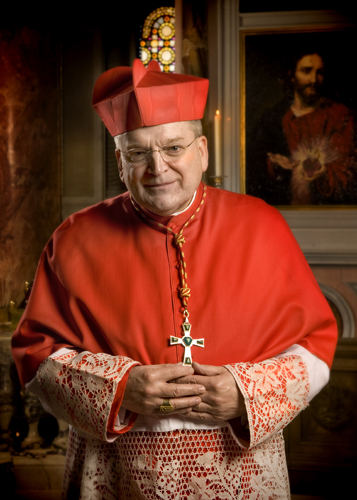 Behold the most potentially powerful and influential Patron of the Sovereign Military Order of Malta ever. Let’s go, Eminence!  “For when I am weak, then am I powerful.” 2 Corinthians 12: 10