So let me lay out some simple TRUE PREMISES, and then ask a follow-up question.

A.)  The constitutional republic referred to as the United States of America no longer exists.  TRUE.
B.)  The Rule of Law is no longer in force in the former United States.  TRUE.
C.) The Constitution of the United States and the system of government it defines is therefore no longer in force.  TRUE.
D.) The body going by the name “United States Congress” has been rendered meaningless in praxis.  TRUE.
E.)  National-level representative politics in the former United States is a completely false facade, kabuki theater, designed to entertain and mollify the masses who are of average intelligence, and to launder looted money and enrich the oligarch class.  TRUE.
F.) Given the reality of the true premises above, any person who holds or seeks to hold national-level public office is, by definition, morally, intellectually and/or psychologically unfit to hold public office (The Barnhardt Axiom).  TRUE.

Okay, so now my question.  What exactly are you people agog about?  Have we learned NOTHING?  NOTHING AT ALL?  It still hasn’t sunk in?  Do you not remember the 2010 midterms and how that was going to put the brakes on Obama once and for all?  DO YOU REMEMBER THAT?  Yeah. And what did they do?  Flip-all.  Zippo.  Nada.  I don’t give a crap if the “US Congress”, both houses, are UNANIMOUSLY republican.  What the hell does it matter?  No.  Stop.  Stop and think.  Answer the question, because it is not rhetorical.  You tell me.  WHAT DOES IT MATTER?

Oh boy!  I’m so excited!  Now there are a few more psychopathic imbeciles and whores who wave the flag with the elephant on it who will do exactly nothing to stop anything that the Washington DC regime does.  Run up debt, debase the currency and loot the Treasury to the tune of a TRILLION dollars per year?  NOTHING.  Dissolve the Mexican border?  NOTHING.  Run guns to and reform the islamic Caliphate?  NOTHING.  Sic the IRS on enemies?  NOTHING.  Actively attempt to bring viruses and plagues into the country?  NOTHING.  Aggresively force and promote a culture of sodomy and child slaughter?  NOTHING.  But the godless sellouts and larcenous hacks will all now, instead of capitulating to everything, suddenly stand tall and put their proverbial foot down!  Really?  And also the sun will rise in the west tomorrow morning.  Give me a break.

You can’t, you just CAN’T be that obtuse.  The former United States is being run by a shadow regime, who has full power and control with ZERO check or balance.  Have you not been paying attention to ANYTHING that has happened for the past six years?  The former U.S. is being run by executive fiat, which is carried out by an ideologically purged and compliant bureaucracy, judiciary, military, financial industry and with a fully compliant media/propaganda arm.  The executive is not Obama the man, who is less than nothing but a puppet front, but a Supreme Soviet of oligarchs.  And I mean that literally.  A Supreme Soviet of oligarchs.  The Legislative branch is a troupe of very, very highly paid shills and cretins who, I’m sure, will perform their little hearts out for you.  Hands will be wrung.  Frowny faces will be made.  Billions of breathless, personalized emails begging for contributions to their money laundering fronts, aka PACs, will be sent.  Balance sheets will inflate by eight figures for no apparent reason.

I’m sorry, but I cannot, in good conscience, engage in any sort of conversation or commentary that is not based upon reality and true premises.  This is another way of “going along to get along” that I simply refuse to do.  It is massively harmful to others to confirm them in their delusions or false premises.  Just to be sociable?  Just to be included in the conversation? Just to be liked?  Nope.  Can’t do it.  Won’t do it.  It’s a sin against Charity.

Look, you can tell me about how the United States is “turning it around” when abortion is a capital offense and sodomy is recriminalized.  You can tell me all about how the U.S. is on the road to recovery when there are people in the streets weeping and sobbing on their knees begging the Triune Godhead for His mercy and forgiveness for spending the last fifty years proverbially kicking God in the crotch non-stop.  You can tell me about how there is hope for America when there are dead bodies of these oligarchs hanging from the lampposts after their trials and executions for crimes against humanity with full due process in accord with the Rule of Law. 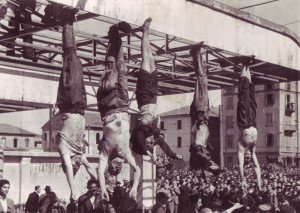 Hope for Italy.  (No due process – points subtracted for bad form.) 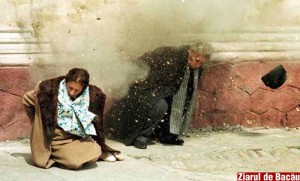 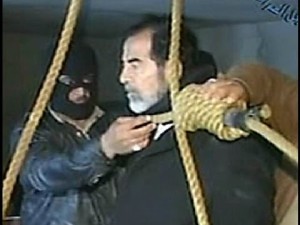 Until then, save me the brainless rah-rah-team-elephant-yay-everything-is-awesome crap.